The International Youth Convention of the Church of God has an extensive history, dating back to 1924 when an entire day of the “Anderson Camp Meeting” was intentionally devoted to “young people.” In late August 1930, the International Young People’s Convention became a three-day gathering experienced by more than 800 youth. At one time, IYC even took on the unusual moniker of International Christian Crusaders Convention! Certainly, changes in technology, culture, and the Church of God movement have altered and ultimately upgraded the format of the event over the decades, but one thing is for sure—when crowds of students and their leaders cram into the Henry B. Gonzalez Convention Center in San Antonio this week—the first of its kind following the COVID-19 pandemic—it’s sure to be a Church of God youth celebration like never before.

Several days before launch day of IYC2022, youth groups from various places took to the skies or hit the road to reach Texas by way of planned stops for recreation, food, and even service projects. Church of God congregations from coast to coast this week held prayer gatherings in church parking lots prior to saying goodbyes to families. The scenes exuded anticipation as students eagerly awaited the payoff after months (even years) of car washes, rummage sales, and a myriad of other fundraisers. Eyeing time away from parents, amusement parks, restaurant smorgasbords, and hotel shenanigans, not all students set out for a spiritual experience; little do they know of the thousands of prayers gone up on behalf of every single student registered for IYC2022! Life change is inevitable. 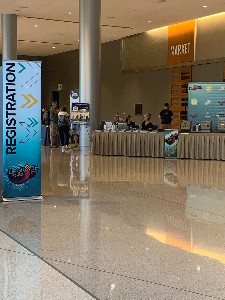 Registration set up and ready for student groups!

Of course, students familiar with the chart-topping North Point Worship can’t wait to lift their voices heavenward under such anointed leadership. Many students and leaders are also familiar with Gretchen Dedina, Chip Taylor, Hosanna Wong, Geremy Dixon, John Michael Hinton, and Hulvey. Speakers and artists like these combine for a lineup likely to have a soul-deep impact on not only students, but their leaders, too.

Based on Isaiah 43:14–21, IYC2022’s theme, Upgrade, will focus on what it looks like to surrender, discover the new thing God wants to do in students’ lives, learn what to do when things get difficult, and declare the new thing God has done within. Won’t you keep this event and everyone involved in your prayers this week? Thank you!

Learn more about IYC at www.iyc2022.org. 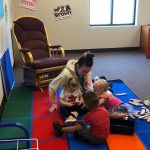 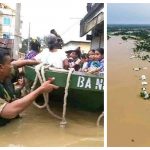