Statement from the General Director: Charlottesville 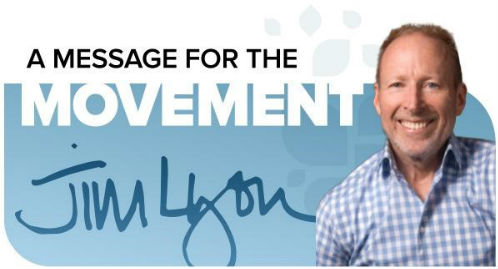 Paul Goodloe McIntire was an investment genius, whose savvy management of stock portfolios in both Chicago and New York empowered him to be one of his hometown’s preeminent philanthropists. Inspired by the City Beautiful movement dramatically brought to life at the Chicago World’s Fair in 1893, he dedicated himself to funding monumental public spaces, city parks and squares, most often featuring heroic sculpture. He was born in 1860 and polished his fortune in New York City before retiring in 1918; he then returned to the beloved city of his birth: Charlottesville, Virginia.

McIntire was a son of the South. The Old South. His father was the mayor of Charlottesville during the Civil War and negotiated the city’s surrender to Union troops, saving its buildings and leafy neighborhoods from the firestorms that engulfed Fredericksburg and Richmond. As a young man, he attended Charlottesville’s famed University of Virginia, studying under Thomas Jefferson’s elegant Rotunda. He would become one of the University’s most extravagant donors, endowing chairs and schools that still bear his name.

And, McIntire gave Charlottesville a statue of Robert E. Lee, straddling the horse Traveler, commanding Lee Park in the heart of the city—the park itself a gift from this wealthy favorite son, who required that access to the park be for “whites only.” He also gave the city Washington Park, named to honor Booker T. Washington, asking that it be reserved for “colored children.” No statues there.

In the week following the unveiling of Lee’s statue in 1924 (at a ceremony in which the Confederate general was proclaimed, “the greatest man who ever lived”), the Ku Klux Klan burned crosses across the town and set bombs around a Charlottesville church popular with the African-American community. Events in Charlottesville mirrored the tenor of the times, as the Klan was in its ascendancy. During the 1920s, up to 25,000 Klansmen, in full regalia—white hoods and all the rest—annually marched proudly down Pennsylvania Avenue in Washington, D.C., in a show of force not lost on the minority communities they sought to both marginalize and terrorize.

There were more black Americans living (and enslaved) in Charlottesville and the surrounding Albemarle County, Virginia, before and during the Civil War than there were white Americans. When Lee’s statue took the stage in the 1920s, about 35 percent of the city’s population had descended from those slaves. Memorializing the vanguard of the Confederacy and celebrated by the Klan, Lee Park and its statue received mixed reviews, then and now. People of color in Charlottesville during the McIntire years, and for years, after had no voice in municipal government, having been systemically denied effective representation by Jim Crow-era laws and processes designed to move them to the sidelines. African American slaves built iconic local landmarks (like Jefferson’s Monticello and much of the University of Virginia campus) but were not represented as contributors in any public space, while those who owned people as property were raised up as heroes decades after losing the War.

In May 2016, after some years of community debate, the city of Charlottesville established a “Blue Ribbon Commission” to explore the future of the Lee statue (and another one similar, also a 1920s McIntire gift, of Confederate General Stonewall Jackson, proudly on a pedestal elsewhere in town). The Commission managed many months of public conversation and research—often contentious and dubbed “a moment of rupture” by one Commission member—and released its findings in December 2016. The City Council voted in March 2017 to remove and “reinterpret” the Lee monument; this decision was challenged in court; the case remains unresolved, before the bench. This controversy and the Charlottesville story became a cause for the erstwhile guardians of white supremacy, nationwide.

In May 2017, white nationalist (and University of Virginia graduate) Richard Spencer and about a hundred others joined in an after-dark protest of the city’s plans, chanting “Russia is our friend,” “blood and soil” (a Nazi refrain), and “we will not be replaced” (white supremacist-speak declaring that ethnic diversity will render white Americans an “endangered” minority in “their own” country).

In August 2017, Spencer and others aligned with his tribe marched once more through town at night, torch-bearing, chanting the same, only this time hundreds strong. Defiant. Angry. And, armed. The newsreel captures of preppy and black-shirted white dudes snaking with torches through otherwise silent streets, loudly voicing toxic phrases like, “Jews will not replace us,” are a chilling reprise of a world my father (and so many millions more like him) suited up to erase more than seventy years ago.

On the next day, Nazi and Confederate battle flags marched in tandem, ultimately destined for a face-off with protestors adamantly opposed to the racism and white supremacy both have been used to promote in two different centuries—and now a third. The violence, injury, and death that ensued has been the stuff of a thousand headlines and a stable of talking heads on TV in the days since, not to mention government officials, religious leaders, corporate execs, and so many more.

I share all this history to better understand the stage upon which these events have walked. The Civil War frame, the scourge of slavery, the context of the statue, a city’s honest attempt to process how it should today tell its own story with public spaces and art, and the specter of racism which haunts the whole, all encompass the proscenium. Watching the drama unfold, it is time to speak up.

My Terms of Employment at Church of God Ministries specifically prohibit me from making statements that are political in tone or that carry politically-charged content. This parameter is rooted deeply in our Movement’s DNA, historically apolitical and also fearful that any one voice be seen as speaking for church (in the way denominational hierarchies are prone to embrace). Consequently, Church of God Ministries during my tenure (and long before) has not issued statements in response to man-made headlines. However, in this instance, given the temperature of the controversies and requests from the field—and after consultation with our General Assembly chair Diana Swoope, and the Assembly’s chair-elect, Tim Clarke—I am releasing this reply. I own the content, drawing from the General Assembly’s actions and voice on behalf of the church, over time.

The Church of God must provide no quarter to racism of any kind and has consistently rebuked white supremacy. Its General Assembly has many times (beginning in 1956) unambiguously opposed racism, racial segregation, political and social barriers to racial harmony and reconciliation, and racial discrimination of all kinds.

“We base our stand toward basic human rights on the teaching of the Scriptures. God has ‘made of one blood all nations of men’ (Acts 17:26). ‘For we are all the children of God by faith in Jesus Christ…for we are all one in Jesus Christ’ (Galatians 3:26, 28). The first of these speaks as to origin, the second as to relationship. We believe that in the Church of God there should be no racial barriers because we are all brethren in Christ. We believe that man was made in the image of God, that every person is of intrinsic worth before God, and that every individual has a right to the fullest possible opportunities for the development of life abundant and eternal. We believe that these rights are given by God and that the church has a responsibility to defend them and work for their guarantee.” (General Assembly Statement on Race, June 1964)

The Church of God has also consistently acknowledged the intentionality required to overcome hell’s default temptation to divide on racial lines. Responding to racially charged injustice in 2015, the General Assembly overwhelmingly endorsed this text:

“We resolve to express our compassion and concern (in the face of racism and racial injustice) in the following six ways:

Leadership—we call on pastors and leaders to follow the guidance of the Holy Spirit to live out a countercultural lifestyle that works to expose and repent of the sin of racial division and acknowledges the suffering of our brothers and sisters in Christ.

Prayer—we pray for healing, repentance, unity and peace, and we plead for God’s mercy on our nation and on those who are compliant with the racial violence and racial disparities being manifested in the church and in the systems of this world;

Lament—we mourn in solidarity and sympathy with the people of (Charleston’s) Emanuel AME Church and the families, congregations and communities affected by the traumatic impact of these incidents, and we confess our past and present failure to walk faithfully and consistently in the light of our belief in a God who has no respect of persons;

Forgiveness—we affirm radical forgiveness of the persons whose motivation for doing harm to others is racial hatred and discrimination, acknowledging what Jesus taught and showed us by His death on the cross, that love is stronger than hate;

Justice—we acknowledge that ministers in our own General Assembly and fellow congregants have been victims of racial profiling, we stand for justice to be administered on their behalf in a fair and impartial manner, we urgently call for justice in all cases of racially-motivated violence, and we support those agencies and officials who enforce the law and administer justice equitably to ensure the safety and security of all of our citizens, congregations and communities;

Vision of reconciliation—we commit ourselves as people of Christian faith to envision, strategize and work toward the realization of a reconciled church, nation and world.” (General Assembly Resolution on Race, June 2015)

In a world of soundbites and 140-character Twitter posts, it is easy to overlook the seminal contexts and histories of “moments of rupture.” It is easy to drive by a story without pausing to explore the stage-framing events. We must all be committed to studying, listening, and thoughtfully responding in a world so desperately broken, divided, and tense. Charlottesville has become a kind of emblem, a marker for our time. It has already become a shorthand for controversy, media debate, tragedy, and the resurgence of ideas many thought vanquished years ago.

But, whatever the lens, we stand united in our defiance of racism and our vociferous opposition to all ideologies and conduct clothed by white supremacy. As followers of Jesus, transformed by His Holy Spirit, we will be neither separated or tiered by race, ethnicity, national origin, culture, gender, or economic station. We are loved equally by Him—and we must love others the same.

Charlottesville’s long journey to the present hour, wrestling with a complex history that has not always honored all who call it home, has become a flashlight shining into every corner of the country. From Jefferson’s plantation to Lee’s defense of slavery to McIntire’s vision of segregated public spaces crowned by Confederate statues to Klan autographs on twentieth century history to today’s reality, let us “come to a thorough awareness that there is a disparity between our vision for reconciliation and the actual experience of many of our brothers and sisters; And, let us learn to listen to the stories our brothers and sisters share, express in word and deed our feelings of empathy, and commit to walk together as we boldly stand against every form of racism.” (General Assembly of the Church of God, June 2015)

Be bold. Reclaim what hell has stolen. Jesus is the subject. The Way. The Truth. And, the Life.

I am, humbly, your brother in Christ.