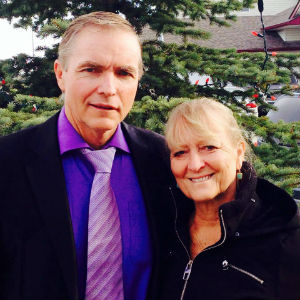 “You have cancer”—three words no one ever wants to hear from a doctor. In February 2014, a blank stare spread across Colleen Stevenson’s face as a doctor in Uganda uttered these same three words. Once the initial shock wears off, many new cancer patients like Colleen are left to wrestle with feelings of disbelief, dismay, and disillusionment. Along with her husband Tim, the Church of God missionary has certainly had to climb her fair share of mountains over the past thirty years of service in and around Uganda. Never before, however, has her journey been marked by a mountain so massive, so steep. But by God’s amazing grace, the view on the other side is nothing short of spectacular.

“Was I really hearing what was being said to me?” Colleen asked herself. “Could it possibly be a wrong diagnosis?” She reasoned with herself, contemplating the medical superiority of more economically developed countries. Still, it wasn’t long before she had to come face-to-face with reality. The prospect of dying crossed her mind on several occasions. Though Colleen knew her soul was ready, that assurance couldn’t assuage all of her fears. “I had accomplished much of what I had set out to do in my life. But then I thought of our kids, of my husband, of my family. No, I thought. I will fight. I will fight this with my whole being.”

Colleen and Tim have long worked to provide programs and care for the vulnerable people of East Africa—the elderly, orphans, women, poor families, and those with HIV. They manage ministries like Children of Promise, coordinate clinics and leadership training, and their hands touch numerous other projects in the region. So besides the personal toll, the cancer that invaded Colleen’s body was also threatening to diminish their ministry impact. “Many questions came from those we work with in Africa,” Colleen recalls. “How—why—would God allow this to interrupt our ministry? Why would he let this happen to a missionary? Couldn’t God instantly heal?” While Colleen sought treatment on the other side of the Atlantic, her husband Tim faithfully kept up with ministry demands. Though it may have seemed like Colleen’s influence and impact would temporarily cease, it did not. Through the reach of technology, people in East Africa and around the world would be touched by Colleen in a way nobody could have anticipated. 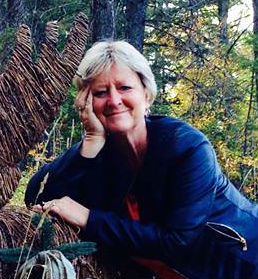 A blog. That’s all it took to connect readers from around the world to her struggle, her hope—and ultimately—her healing. “People were writing, calling, and texting to find out how I was managing with the disease,” Colleen reflects. “It really came as a shock to all of us. I could not keep up with all of it.” That’s when her daughter Natasha came up with the idea of a blog. In a blog, Colleen could chronicle her ups and downs, her mountains and her valleys, all while keeping the public in the loop of information. It was in this blog, titled “I Stand Victorious,” that readers saw, in Colleen Stevenson, the grace, hope, and healing power accessible through Jesus Christ. “The name of the blog came about as we desired this sickness to be a living testimony of God’s grace,” she explains. “No matter how it ended, it would end in victory!”

Yes, there were moments of great hardship. Certainly there were periods of great sorrow and confusion. But in Colleen’s fight against cancer, there were times of encouragement, too. Her body miraculously adapted to the drugs she had to take. God opened the door for her to receive free medical care. Assistance came from far and near to pay for prescriptions. “Having a strong, faith-based family to encourage and lift me up during the tough times was so special,” she reflects. “Faith in a loving, all-knowing God, as well as trust in his Word and the prayers of my church family worldwide, sustained me.”

In December, Colleen shared via her blog that blood work and scans revealed no remaining cancerous activity in her body. Praise the Lord! God healed Colleen. She’s overjoyed to have another opportunity at life, but she’s not going back to life as before. To those who face similar challenges, Colleen is resolved to offer hope. “They say that in the first hour after diagnosis, you decide whether you will fight or give up the battle,” Colleen explains. “I know that not everyone makes it through, but hope and purpose certainly give you a reason to keep fighting. I have met some of the most courageous, most positive people in cancer clinics. They are now family. If I can be an encouragement to anyone facing this, I would love to do so. I am an advocate in the fight against cancer now. I have learned a lot about myself, and about life.”