By chogministries
Posted August 28, 2015
In All Church of God, Central
St. Louis, Missouri: VBS Has Left the Building2015-08-282020-02-29https://www.jesusisthesubject.org/wp-content/uploads/2016/07/ChogLogo-Light.svgChurch of God Ministrieshttps://www.jesusisthesubject.org/wp-content/uploads/2016/07/ChogLogo-Light.svg200px200px 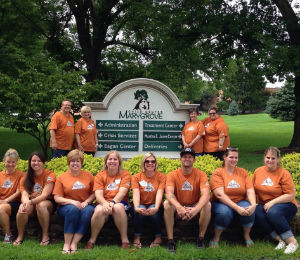 A few years ago, South Side Church of God in St. Louis, Missouri, poured significant resources into marketing their summer Vacation Bible School. VBS attendance had waned, and nearly all participation came from the children of the church. They determined to make sure every family in the area knew about VBS at South Side. After hand-delivering 1,500 flyers to homes in the community, reality hit them square in the face. Not uncommon to cities across the country, it seemed that the church on every corner was holding a VBS. South Side was in competition with the other, larger churches with bigger budgets and more to attract children. That summer, two families ended up coming from the community—and they only came because they mistakenly thought they’d come to a church down the street from South Side. Maybe there was a better way. Maybe God was calling South Side Church of God to take VBS on the road.

But where would they go? Where could they make the greatest difference? As the VBS team met to discuss the possibilities, they weren’t sure where they should go, but they knew the “why” was definitely because Jesus is the subject. After concerted prayer, one of the team members suggested contacting an acquaintance in the juvenile court system. After making their way through several hoops, they discovered Marygrove Children’s Home, a home for victims of child abuse. Yes, God knew what he was doing.

“We learned that while our suburban setting provides many opportunities for children in the community to experience VBS, there was at least one community of children that was not being afforded the same opportunity because they were not on the mainstream path,” Mary Jo Hunter explains. Mary Jo directs the children’s ministry along with her husband Bruce, at South Side. Their son, Brandon, is the associate pastor. Mary Jo continues,, “It saddens us to know that they had never experienced VBS in their children’s home, and had we not brought VBS to them they would not have participated in VBS for the past two years.”

South Side Church of God VBS leaders packed all their sound equipment, props,
tables, snacks, crafts, posters, and more in a van and trailer—each day—for five days—for the fifty-eight mile round-trip trek to Marygrove. It wasn’t about adding to their numbers at South Side. It wasn’t about making a name for themselves. It was about the children. “A mobile VBS makes it more challenging regarding hauling equipment, set up, and break down,” Mary Jo and Bruce admit, “but it is well worth the extra efforts by team members.”

“Our team quickly learned that the children at Marygrove were grateful for anything we did for them—even the smallest act of kindness,” Mary Jo continues. “They craved attention from the team…It also surprised us that although the Marygrove children had been taken from their hostile home environments where they were abused by adults, they wanted to be back with their parents. Many of the kids voiced this request during our prayer time. The Marygrove children understand court dates, too. They know when their court dates are coming up, which is important to them because this may mean they are able to go home…We witnessed how physical, sexual, and emotional abuse may cause severe trauma for children, which may result in ‘acting out’ behaviors that are verbal or physical in nature. Many of the children, during prayer time, prayed, ‘God, please let us all behave so we can be at VBS.’ Hearing their prayer requests broke our hearts.”

Through the music, the videos, the interactive lessons, the science projects, the food, and the games, the kids of Marygrove Children’s Home were captivated and enthusiastically involved. On one special day during VBS, the team brought in therapy dogs from the CHAMP Assistance Dogs of St. Louis organization to entertain and cheer the children. The children gleefully embraced and played with the pets, and for a few precious moments, pushed their worries, fears, and painful histories to the side. The love of God through the South Side VBS team was on full display, and the children absorbed every ounce of it.

“Words are unable to adequately describe how much love and compassion our team had for these children,” Mary Jo concludes. “Bonds were immediate, and each day throughout the week they grew deeper and deeper. Having to say goodbye on Friday was a very emotional time for team members, knowing that we might not ever see them again. There are no pictures of the children due to confidentiality reasons, but their beautiful faces and personalities are memories that are forever etched in our hearts.”