Spreading the Gospel One Game at a Time

By chogministries
Posted February 15, 2021
In All Church of God, CHOG, Western
Spreading the Gospel One Game at a Time2021-02-152021-02-15https://www.jesusisthesubject.org/wp-content/uploads/2016/07/ChogLogo-Light.svgChurch of God Ministrieshttps://www.jesusisthesubject.org/wp-content/uploads/2021/02/game_church_brandon_zoll_storm_troopers_adj.jpg200px200px

Incorporating video games into theology is not a new thing, according to Church of God pastor Brandon Zoll. As soon as the Indiana native caught wind of the untapped market, he was all in. “We want to connect people to Jesus,” Zoll said. “We find that with utilizing gaming, speaking that language, and entering that culture, there’s a lot of room to do just that.”

How does this all work? “The number-one question we get asked when we’re doing a mission is, ‘When’s the game coming out?’” Spoiler alert: there is no game—yet. Game Church doesn’t have a specific game, but rather uses common games to stir up conversations about the gospel. “There is something in the works,” Zoll said. “An app that we have someone building right now, but the point is we didn’t develop any game. What we do is we use gaming as a medium to connect with people.”

Game Church isn’t just for the classic video game nerd. Game Church incorporates board games and card games into the mix when communicating to the public. “It’s a great time of table fellowship,” Zoll said. Zoll emphasized his love of tabletop games and said that he encourages families to engage with one another in that way. He loves to play games with his wife and kids, as well as with his congregation at the Church of God of Exeter, California.

“I do something I like to call ‘Community Office Hours’ as a pastor where I’ll go to a local coffee shop, sit at a table with a board game out, and people will actually come up and start a conversation with me,” Zoll continued. Zoll said he uses that time to explain his purpose in using games to connect and enjoys the new fellowship he encounters. “Depending on how that conversation goes, it eventually leads to ‘Jesus loves you’.” 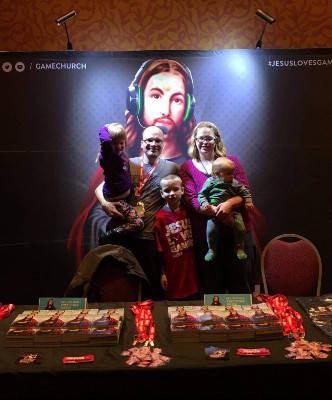 Brandon with his family, promoting Game Church at a convention.

Dungeons and Dragons, PathFinders, and Star Wars d20 are just some of the tabletop games that Game Church utilizes in their mission to bridge the gap between gamers and Jesus. “The intention is to bring someone closer to Jesus; granted, we’re playing D&D,” Zoll said.

Game Church also makes great use of Discord and has several servers for online gaming with games like Overwatch, Minecraft, Fortnite, and Star Wars the Old Republic. Zoll said, “It’s friendly to kids and adults, alike.” There is a team that works to make sure it runs smoothly.

Zoll highlighted the importance of attending conventions to continue to spread the message of Game Church. “We go to these big shows, like C2E2, which will have over 90,000 people pass through it over the weekend,” he said. Fan Fusion on Memorial Day weekend in Arizona and Dragon Con on Labor Day weekend in Atlanta, Georgia, are two on his calendar. He went on to express that those conventions are great reach for tabletop gamers.

On top of attending conventions, Zoll hosts community game nights through Game Church. To Zoll, it is important to share the gospel to those in the local community. He finds it harder to connect with individuals at bigger conventions and prefers to get to know people on a deeper level through community game nights. “It’s not about the quantity that we do,” Zoll said. “It’s about the quality of the interaction.”

Game Church is incredibly active on Facebook. Zoll said that a social media presence is quite prominent in the work that he does. “Our Facebook group [Game Church City] is a huge place where we connect with people,” said Zoll. “The ‘City’ is where we do a lot of the work outside of the convention floor.”

“Anyone can be a part of the community,” Zoll said. “Even non-Christians. We encourage that, we want that.” Game Church is for everyone, not just Christians or residents of California close to Zoll. Anyone who wants can get involved on Facebook or Discord or reach out to Game Church directly.

Outside of the church and gaming, Zoll is working on his doctorate in theological studies. He said that he would not be where he is today without his faith in the Lord. “I would never be where I am today if it weren’t for Christ and his call in my life, and my passion to help others find that call in their lives,” he said. “Above all, Jesus loves you.” 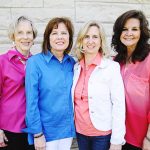 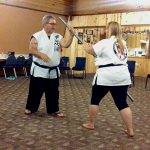