Spotlight on Schools: Oklahoma Churches Band Together for Students, Teachers

By chogministries
Posted March 21, 2018
In All Church of God, Give Life
Spotlight on Schools: Oklahoma Churches Band Together for Students, Teachers2018-03-212018-03-21https://www.jesusisthesubject.org/wp-content/uploads/2016/07/ChogLogo-Light.svgChurch of God Ministrieshttps://www.jesusisthesubject.org/wp-content/uploads/2016/07/ChogLogo-Light.svg200px200px 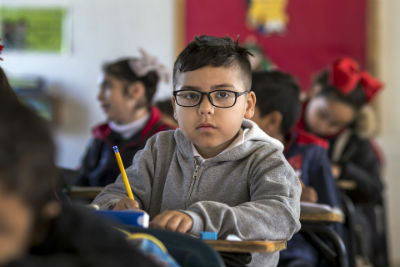 For the past few months, the eyes of the country—and much of the world—have been on schools. Tragic shootings, student walkouts, student walkups, and teacher strikes are among the issues that have sparked more than a few arguments in the breakroom, the dining room, and on social media. But while the media, politicians, and pundits have debated the issues, believers have been busy being the body of Christ. As the national spotlight shines on schools, churches in Nowata, Oklahoma, have been shining the light of Christ in schools.

Teachers in Oklahoma have not had a raise for a decade. Reports indicate regular funding cuts; more than $20 million slashed from the education budget this year alone. Politics aside, these figures are more than statistics for teachers. They’re personal. According to the pastors of First Church of God in Nowata, the state of Oklahoma ranks fourth lowest in education funding, while teachers lack benefits such as insurance and pension. In the wake of recent teacher strikes in West Virginia, Oklahoma teachers are gearing up for a possible strike the day after Easter. Of course, the students aren’t immune from the effects. The churches in Nowata know this, which is why they’ve banded together on behalf of teachers and students.

The ministerial alliance in Nowata, composed of pastors from various churches and denominations, has grown stronger in recent years. Uniting to support schools has, in a very real sense, enhanced their sense of purpose and cooperation. What they’re doing now is having a lasting impact on teachers and students alike. 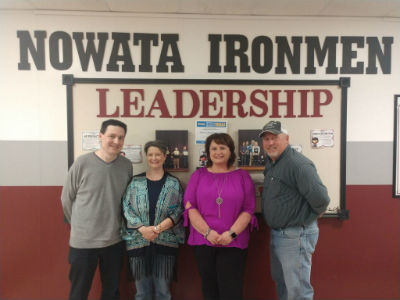 Every weekday, a pastor from one of the churches donates personal time to spend with the children during their lunch hour. “We usually try to arrive just before lunch starts,” Jared Fields, associate pastor of First Church, explains. “We talk with the kids, help them open their milks or their ketchup. It’s a ministry of presence. We interact with them and ask how they’re doing. We especially seek out the kids who seem to be having a rough time. Also, the support staff have only an hour and fifteen minutes to funnel all the students from pre-kindergarten through fifth grade through the lunch line. So, we’re there for the staff, too.”

Wendell Abbott, senior pastor of First Church, says he loves playing along with the students. He quips, “And I’ve only been sent to the principal’s office twice!”

Wendell explains that it was about three years ago when the ministerial alliance started working with the schools. “We decided to figure out what we could do to help. We bought school supplies and encouraged the individual churches to do the same.”

Jared adds that the alliance also welcomed a former principal from Tulsa to come and share ideas with them about how volunteering in the schools, as well as churches adopting low-performing schools, make a big difference. He also pointed out that many of these children don’t have a positive father figure in their lives. Nearly all the staff at the school are female, so there’s a unique opportunity available when he and Wendell visit the school. 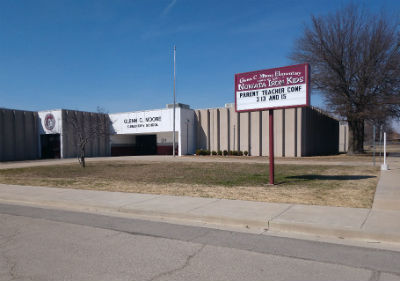 Today these visits by Nowata pastors aren’t limited to the lunch hour. Last summer the elementary school principal approached the ministerial alliance about teaching character development classes during the school day. Unconcerned by the fear that too many pastors have regarding “separation of church and state,” Pastor Jared says that it’s been a tremendous opportunity to be the hands and feet of Jesus to the students. “Sure, there’s a separation, but I’m not preaching at the school,” he explains. “Instead it’s about the fact that how we treat each other matters, what we say matters, and the fact that each student has value. The school is extremely supportive of us, and we’ve been supportive of the school. Because we were doing all this for them, when the school had an issue with a family in need last year, we were the ones the school called first. We’re all trying to work together for the good of the community. We’re on the same side.”

Jared has also been given the opportunity to be a substitute teacher, filling yet another shortage due to lack of funding. For Jared and Wendell, it’s a joy to be a part of something that’s truly making a difference. No one should be surprised then, that when approached by the PTO to help with fundraising for test-preparation materials for the schools—resources which had not been replaced for a decade and were way outdated—the ministerial alliance immediately decided to donate half the cost. 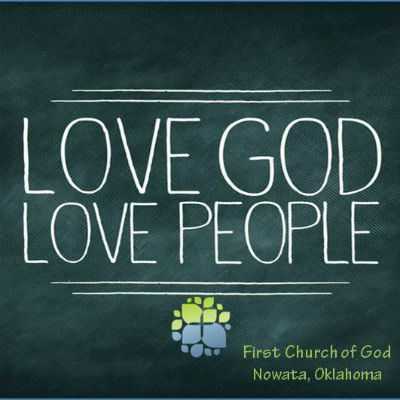 “When projections are made for prison space and expansion,” Jared explains, “they look at the reading scores of students in the local schools. They count the number of those reading at or below level, and predict that same number of prison cells will be needed in the future. I tell our youth that the first thing you need to succeed in life is Jesus Christ. But your education and where you go from here is also important. We as pastors need to support our schools however we can.”

As a potential teacher strike nears, the Nowata churches are preparing their response. Up to 70 percent of the area students are on free or reduced lunches—they depend on the school for their primary sustenance. Whether the students need meals, or transportation to the school if meals continue to be provided during the strike, the churches of Nowata are willing to do whatever it takes. “We’re not trying to be political,” Wendell assures. “We just want people to know we love and care for them. We want people to see Jesus in us.”

In Oklahoma, across North America, and around the world, God is on the move in the Church of God. Join the movement. Reach our world. Donate today at give.jesusisthesubject.org.