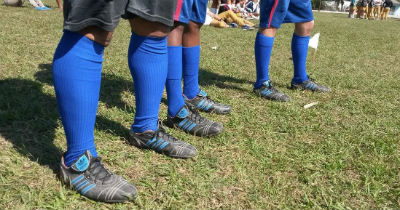 Billy Graham crusade-style events just don’t happen in Cuba. Believers instead find creative ways to communicate Jesus. With dollars raised by Church of God students in Ohio, a soccer tournament and baseball clinics were recently held in Cuba, events that created a bridge from sports to Jesus. Several Cuban participants indicated their desire to know Christ as Savior and Lord.

The idea for the project was born at Church of God Convention 2015 in Oklahoma City, with experienced insight offered by Bill Beltz, the late founder of NICE (Nicaragua Christian Education Foundation). Composed of just the right people for the job, a group of four men met for the first time on the day the sports outreach was to begin in Cuba. They were instant friends—David Miller, former regional coordinator for Global Strategy in Latin America; Rawlin Kegley, student ministries pastor at First Church of God in Vincennes, Indiana; Lance Banks, whose wife serves on staff at Highland Park Community Church in Casper, Wyoming; and Yusniel Flores, a former professional baseball player in Cuba. By integrating faith with soccer and baseball, they captured the attention of a culture that loves sports.

The soccer tournament brought three teams together to play round-robin matches over two days. Tight competition resulted in nail-biters and the need for a tiebreaker. Throughout the tournament, bonds were formed and relationships took root. The same held true for the baseball clinics they hosted.

From his days in little league to pitching for the Anderson University Ravens, Rawlin Kegley knows a thing or two about baseball. He joined Lance, who also has a rich history with baseball, to teach the fundamentals of the sport. Following the games, one of them would talk about their walk with Christ. Rawlin’s Spanish-speaking skills came in handy on several occasions.

“Even in Cuba, it was amazing to see that the church is alive and doing very well,” Rawlin explains. “I wasn’t prepared for that—to see the passion the church had for Jesus.”

Lance will never forget the comradery of the group God assembled for this trip. “It felt like we had known each other for years,” he reflects. Still, what will stick out in his mind most vividly is the experience of building relationships with the kids at the baseball clinics. “I believe things are set up for great things to come in the future,” he reflects. 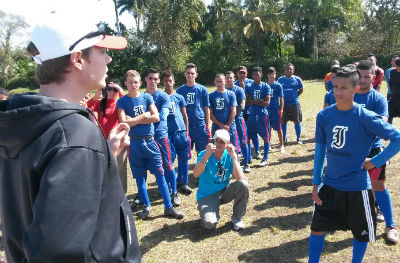 This sports outreach would never have happened without Spread the Word, a tool Church of God youth have been using since 2002. While funds in reserve were used to cover the first half of the expenses for the tournament, it was the generosity of Church of God youth in Ohio that made it all possible. Jeremy Halstead, who served on the Ohio State Youth Board for nineteen years, and as chairman of that board for the past several years, concluded his season in that capacity by rallying students at the youth convention in 2015 to support the sports outreach in Cuba. Since 2008, the youth in Ohio have given nearly $17,793 to Spread the Word, funding projects like motorcycles for missions, Russia Youth Center, and a Jeep for ministry in India. “Our motivation to bring Spread the Word to the state youth convention was simply to allow our students to be given the opportunity to be a part of the larger church, and to impact the world on a global scale,” Jeremy explains. “Our students were pumped to know that their dollars were going towards something as simple as a sports ministry, knowing the impact that sports has on their own lives.”

David, Rawlin, Lance, and Yusniel saw firsthand these dollars at work. Soccer players enjoyed the thrill of tournament play, and students learned the fundamentals of baseball. But seeds were planted, too, and a dozen lives were surrendered to Christ. Though the four guys left Cuba, they didn’t leave the new believers alone. Each new convert will be nurtured in the faith by fellow believers in Cuba. “Everyone played a key part in the success of the program,” David Miller concludes. “It was an example of how God brings together people from different places and walks of life who simply want to glorify him and build his kingdom, and makes us into a body.”

Learn more about Spread the Word at http://www.chogy.org/spread-the-word/. Were you blessed by reading this story? Support the ongoing work of Church of God Ministries with your gift to the World Ministry Fund at https://www.jesusisthesubject.org/world-ministry-fund/.