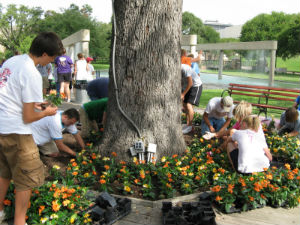 Powerful and miraculous things are happening at Luz de Vida, a first-generation Spanish-speaking church in San Antonio, Texas. With a thriving congregation and a remarkable ministry, the success of the church started from the ground up. Formed in 2008, the church plant got off the ground during the Impact Day at the International Youth Convention. Through the combined efforts of IYC and the Hispanic Council of the Church of God (Concilio), the hope for a Hispanic church became a reality.

IYC director Andy Stephenson explained the motivation for assisting in the planting process: “We wanted to leave something behind by helping to be a catalyst for church planting in the cities we visited.” Determined to offer exceptional support, IYC and Church of God Ministries provided $10,000 to support the formation of Luz de Vida. Not only did IYC offer financial support, but Stephenson mentioned that the group “wanted to show the love of Christ and really get the word out about the church.” In an effort to create awareness and encourage attendance, IYC students passed out door hangers and water bottles to residents in the surrounding area. 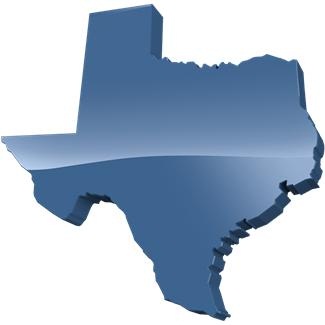 The Concilio also assisted Luz de Vida, providing oversight and supervision during the preliminary stages of the planting process. James Johnman, Hispanic ministries promoter and director of church planting, explained that in the last ten years, more than fifty first-generation Spanish-speaking churches have been planted in the United States, and “more have been planted internationally in the countries of origin.” With an emphasis on communicating the message of Christ in native languages, the Concilio considers “church planting as [their] first priority,” and Luz de Vida was no exception to this principle. Not only did the Concilio provide supervision, but it also located pastor and church planter Daniel Flores, who would be responsible for evangelism and outreach to the local Hispanic community.

Though Flores had never been to San Antonio, he and his family quit their jobs, sold their belongings, and traveled from their home in Statesville, North Carolina, to pursue God’s calling. According to Flores, prior to the move, his heart was restless and he wanted “something more. I had to reach people.” The Concilio contacted Flores and offered him the opportunity to plant a church in one of twelve cities in the United States that were in need of a pastor. Compelled to extend the love of Christ, Flores and his family prayed that the Lord would reveal the city in which they were called to minister. One week before the deadline, a door to San Antonio was opened and Flores knew in his heart that God had called him there.

Flores says his church, “reaches to the people hiding in our society,” exemplifying the ministry of Jesus. Because most churches in the United States are primarily English-speaking, many Spanish speakers communicate little within the dominant culture, and many have never entered a Christian church. Not only has Flores opened communication channels to those on the fringe of society, but he has dedicated his church to those newly devoted to Christ. According to Flores, “Christianity is about training, serving others, working for the kingdom,” a cause which he feels is prominent in the new believers attending his church.

With weekly attendance rates in the hundreds, many are now seeing the power of Christ working in their lives. In one instance, a couple attending was told that their baby would be unable to function by himself, but the congregation prayed and the baby was born without complications. Six months ago, the couple was informed that their son would need a surgery that would force him to eat through a tube. The church again prayed for healing, and before the operation, the boy was declared healthy! In another instance, a woman with a secret drug addiction received healing after she was prayed over by her peers, and in another case, two families were joined in peace. Truly, God is working wonders in Luz de Vida!