By chogministries
Posted February 7, 2017
In All Church of God, Central
Spanish-, English-Speaking Churches in Texas Become One2017-02-072017-02-07https://www.jesusisthesubject.org/wp-content/uploads/2016/07/ChogLogo-Light.svgChurch of God Ministrieshttps://www.jesusisthesubject.org/wp-content/uploads/2016/07/ChogLogo-Light.svg200px200px 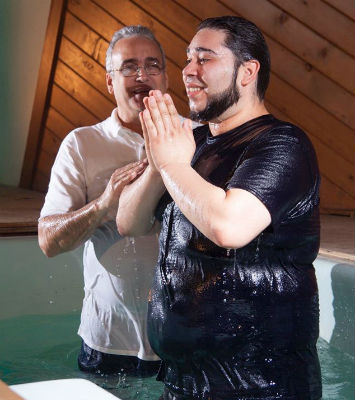 Pastor Malcolm Tyree described it as a “Super Sunday,” but not because of a certain football game between the New England Patriots and the Atlanta Falcons. What happened on Sunday, February 5, at New Vida Church of God in Dallas, Texas, was nothing short of incredible, especially in light of all that had transpired over the past year. Eleven people were baptized, ranging in ages from six to sixty. Wonderful, sure. But not so uncommon. Uncommon was that these individuals represented multiple cultures originating from the United States, Puerto Rico, Mexico, and Cuba. Such celebration came on the heels of a year of transition which saw the finalization of the merger between a Spanish-speaking and an English-speaking congregation. But for New Vida Church of God—once New Life Fellowship and Iglesia de Dios Vida Abundante—this wasn’t the grand finale. This is just the beginning. 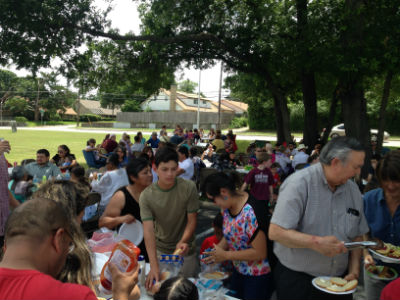 Logistics, including the name change, took a while to address, however, particularly when it came to financial matters. But that didn’t stop the church from living out what is often only taught and believed conceptually. Throughout 2016, the Church of God of Dallas, Texas, continued to spread the hope of Christ at home and abroad. Last year, for example, they volunteered almost three hundred hours together to the local elementary school and gave more than $111,000 together to missions around the world.

From fellowship to community service, to children’s and youth ministries where English is often the preferred language by each culture, the love of Christ transcends the language barrier. Where it is more practical to have Spanish-specific and English-specific programming, such as the Sunday morning worship service, they opt for flexibility and functionality. “Therefore, we host two Sunday worship gatherings, much like some churches have held contemporary and traditional worship gatherings,” Pastor Malcolm explains. “We come together in times of joint meals and family activities. And our children, youth, and outreach ministry efforts are joint…The messages in the [worship] gatherings are designed to speak to the needs of those in attendance. But the vision, direction, and strategic efforts of our congregation are done in harmony.” Additionally, the separate worship services combine for special events, such as Easter, Christmas, and baptisms.

Pastor Malcolm makes an interesting observation about the language barrier: “Language barriers exist in monolingual groups just as they do in multilingual groups.” Nevertheless, the church is blessed to have many adults who are bilingual. “Approximately 25 percent of our congregation speaks both languages,” Malcolm explains. “Additionally, we use Google Translate for our written correspondence.” Though Google Translate is not perfect, it is about 75-percent accurate. To make up the difference, they have the translations reviewed. “Because we have some 30 percent of our congregation that has traveled or lived in another country,” Malcolm adds, “we have a body that is accepting of multiple cultures and is willing to work through the process of connecting in a different language.” 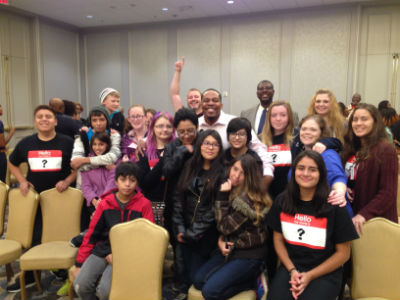 Pastor Carlos Lamelas, who formerly led the ministries of Iglesia de Dios Vida Abundante, also understands that functional unity isn’t easy, but is more than worth the work it takes to achieve. “For our good, God is not a God of confusion,” he reflects. “If the vision really comes from him, it will put the same feeling in those who have determined to implement it.”

The witness of the formation of New Vida Church of God is powerful and refreshing. It’s not only about unity, but also what this unity says about Jesus—that, of course, he is the subject. “Pastor Carlos and I talked a great deal about this testimony of unity in the lead-up to the merger,” Malcolm explains. “We felt strongly that we were not living up to the ideals of the Church of God or the scriptural teachings of the body of Christ by operating as two bodies. It seemed especially odd that we were both Church of God congregations who strongly believed in the unity of all believers, but we allowed language and aspects of cultures to keep us from expressing our oneness.”

Pastor Carlos perhaps says it best: “As servants of God, we do not intend to build separate kingdoms, but our most sacred mission is to collaborate in the kingdom of God, conscious that united we are stronger.”