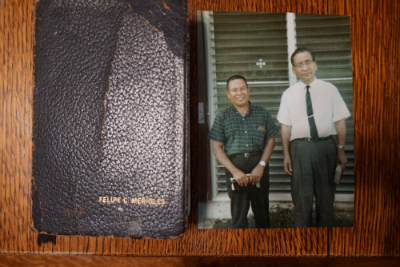 We cherish the stories of God’s grace and power at work among his people. They have become a part of who we are. We’re eternally grateful to God for preserving his Word through the ages, often in spite of opposition. We’re thankful for our church historians and writers who have told and retold the stories of our pioneer pastors and missionaries in the Church of God. From the biblical narrative, to our earliest days as a movement, to the kingdom activity of our local churches and missionaries today, such stories inspire us, remind us of God’s faithfulness, and bind us together. This year the gripping account of a World War II-ravaged Filipino pastor has come to light. It’s a story which few have heard, but no doubt one for the history books.

Perhaps overshadowed by the Japanese attack on Pearl Harbor was their invasion of the Philippines less than nine hours later. December 7, 1941, was surely a day that will live in infamy, but for Felipe Merioles, it was just the beginning of some of the worst experiences of his life. Though just a boy of fifteen, he was forced to muster up all the courage he had to protect his sisters and pregnant sister-in-law when a lone Japanese soldier inadvertently broke away from his ranks. The soldier hadn’t come to town to cause trouble, but instead to demand that someone navigate for him a path back to Japanese lines. 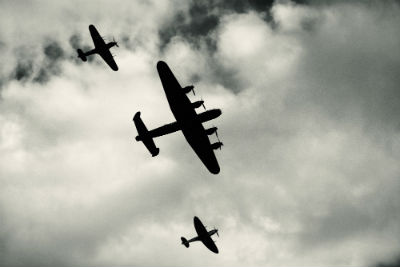 One problem: Felipe could not be sure that the soldier wouldn’t return to the village with the Japanese forces to commit unspeakable atrocities against the village. After all, such atrocities against whole villages were common at the time. So instead of leading the rifle-toting soldier back to enemy lines, he guided him deeper into the words. When the soldier paused to relieve himself, Felipe took the machete he’d been using to hack through the woods and slayed the soldier.

It wasn’t long before the Japanese forces laid siege to the village. Young Felipe did everything he could do to help his family flee over a nearby mountain. Sadly, the pressure of escape was too great on his pregnant sister-in-law. Helplessly, Felipe watched as she gave birth on a stump. Both she and the baby died.

The only response Felipe could come up with was to join the guerilla forces as a messenger. This rebel movement became known as the Filipino Scouts. Later his son Phil would explain, “Often this assignment would require my father to slip across Japanese areas without being caught. Being caught meant certain death. This was a war that didn’t have any Geneva Conventions. It was brutal and unmerciful as anything imaginable.”

Phil continues, “There were times when my father became lost and found himself completely surrounded by Japanese forces. He had to lay perfectly still in the tall grass for long periods of time. Many times while lying there he would be bitten by red ants, but could not move to brush them off. If he had to go to the bathroom, he would simply have to go in his pants. He was often hungry, and could see fruit just inches away, but he dared not move and risk being seen.”

One of the memories that forever haunted Felipe was the sound of his wounded comrades crying out for their mothers for comfort as they died. His anger toward the Japanese continued to boil as stories of infanticide spread. His own brother—whose wife and newborn died in delivery—obtained a Thompson submachine gun and worked his way to the front lines so he could kill as many Japanese as possible.

World War II ended in 1945, also concluding the year-long liberation of the Philippines. With hate in his heart and retaliation on his mind, Felipe joined the U.S. Army with the hope of being stationed in Japan. The Army stationed him in Guam instead. 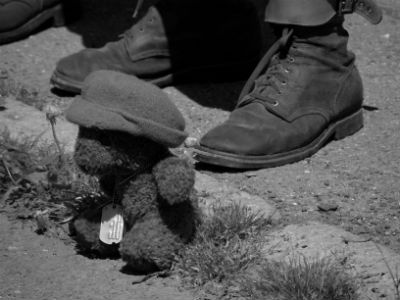 While in Guam, Felipe crossed paths with a Church of God missionary. Through the influence of Bill Rife, Felipe accepted Christ. Soon he also received and accepted a call to full-time ministry. After his enlistment, he enrolled at Gulf Coast Bible College (now Mid-America Christian University). His lack of education due to the war, compounded by the language barrier, put heavy strain on Felipe, but with the help of his soon-to-be wife Ruth Ellen Middleton, he would graduate with a four-year degree in seven years.

Following graduation, the couple left for Guam to begin building a church in 1963. Phil, who was a newborn at the time, recounts from dialogue later with his father that “it had been twenty years since Felipe had taken up arms against an enemy that invaded his homeland. Those were hard years of adjusting to a new culture and academic requirements. Those were also years of trying to put the past behind. Often the smell of diesel, a loud and unexpected noise, or even the sound of his own children crying would trigger painful memories from the war. There was also this nagging feeling of failure—failure and shame of not being able to keep his sister-in-law and their baby safe.”

It was in the midst of all of that, in 1966, that Bill Rife invited Felipe to a special service at his church that would include some special guests. Felipe agreed. Upon arrival, he discovered that the special guests were former Japanese service members who had become Christians. Bill shared the story of his own Marine patrol getting ambushed by the Japanese. As Bill turned to fire on the enemy, his weapon disintegrated. It wasn’t struck by gunfire—it just fell apart. Bill told the congregation of former enemy combatants that he never had any hatred toward the Japanese. “They were doing their duty, and we were doing ours,” he said.

Phil explains, “It was a quiet meeting, where men, who at one time were committed to killing each other, came together to offer healing and forgiveness from a time when hell was in session.” Stories were shared, forgiveness was offered and accepted. At the end of the service, basins and towels were brought out. Former enemies stooped down to wash each other’s feet in a powerful experience of reconciliation that none of them would ever forget.

Over four decades later, Phil and his daughter were packing some boxes and discovered Felipe’s Bible. One of the guests that momentous day in 1966 had signed Felipe’s Bible. Written in Japanese and English were the following words: “Capt. Mitsuo Fachida—Officer who led the attack on Pearl Harbor, Dec. 7, 1941. Luke 24:34—“Father, forgive them, for they know not what they do…”