Chicago’s been in the news a lot lately, and sadly not for its jumbo hot dogs, deep-dish pizza, and scenic skyline. In view of persistent violent crime, politicians, pundits, and even some preachers have written off the Windy City as a lost cause. But not Carlos Sanchez. The heart of the professional-baseball-player-turned-pastor breaks for the hurting, the fearful, and the wayward—and beats for the hope of redemption. Familiar firsthand with the total-life transformation possible through Christ, the pastor of Iglesia de Dios Northwest sees what God sees amid the drug deals, gang activity, and violence. Pastor Carlos Sanchez sees what could be.

Sanchez grew up in the Dominican Republic, and like many youth from the region, he set his eyes on a career in baseball. During his four-year stint with the San Francisco Giants’ Minor League team, he trained with baseball icons, such as Sammy Sosa. Sosa had played for Texas and trained with the Giants in the Dominican Republic in the late 1980s. But all the glitz and glamour that came with a career in baseball could not compare to what God had planned for young Sanchez.

In January 1992, Sanchez surrendered his life to Christ. Just two months later, he began to preach the gospel with unbridled passion. “So many things happened,” he recalled in an early interview for CHOGnews. “So many people came to Christ.” 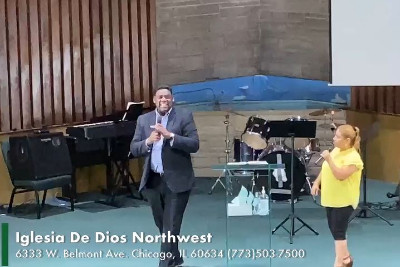 Carlos Sanchez attended seminary in New York. When his nose wasn’t in the books, his “beautiful feet” (Isaiah 52:7) were taking him to churches far and near with the good news about Christ. He evangelized openly on the streets, in the parks, and just about anywhere he could strike up a conversation.

After Sanchez moved to North Carolina, he started meeting with people in a house-church setting. God blessed the group and it grew. Sanchez was later introduced to the Church of God and ultimately was encouraged to start a work in Chicago through the Hispanic Council. Sanchez hit the ground running, venturing into city parks, Laundromats, grocery stores, and more, talking to everybody he could. He and his ministry leaders jotted down names and phone numbers of everyone they met on the street. On the day the church plant was launched, they had forty-three people. Within half a dozen years, the church was approaching three hundred worshipers.

Though he was initially uncertain about the move to Chicago, Carlos Sanchez has certainly fallen in love with the community—and not just for the Italian bakeries he frequents.

“I love Chicago because I love to preach the gospel and reach the lost,” Carlos explains. “I lived in New York City for many years and I was a drug dealer there. I dealt with a lot of people who had a lot of problems. When I became a Christian, I felt a responsibility in my heart to reach these people to let them know that Jesus is the answer to their questions and their needs. And Chicago definitely has a lot of needs. To me, this is a lake with a lot of fish.” 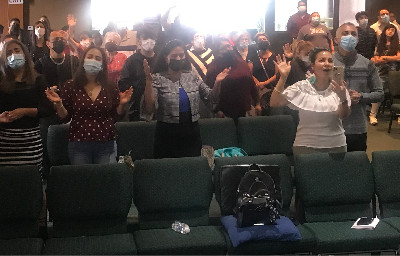 Certainly, crime is the most visible malady facing the city today. Pastor Carlos notes that he’s had to flee parts of the neighborhood due to active shooting and police activity. Instead of bringing his staff along him on certain evangelistic efforts, he prefers to go by himself; he’s used to handling himself on the street and can quickly identify when situations are turning sour.

“Even though we have so many spiritual strongholds in Chicago and crime, many people are willing to come to church and many are interested in change. It can be hard because of a [spirit of religion over relationship]. There’s legalism and liberalism. Two extremes. People get caught up in the rules or they can live like the world on Saturday and sing in the choir on Sunday. But there are a lot of healthy, married couples in our church, and each one is a testimony that God can change people. God changed me, and only by the grace of God am I here and in the pulpit today.” 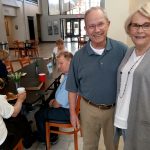 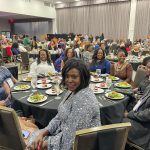