Slow, but Steady Growth for This Spanish-Speaking Congregation

By chogministries
Posted November 12, 2014
In All Church of God, Global Strategy
Slow, but Steady Growth for This Spanish-Speaking Congregation2014-11-122014-11-12https://www.jesusisthesubject.org/wp-content/uploads/2016/07/ChogLogo-Light.svgChurch of God Ministrieshttps://www.jesusisthesubject.org/wp-content/uploads/2016/07/ChogLogo-Light.svg200px200px 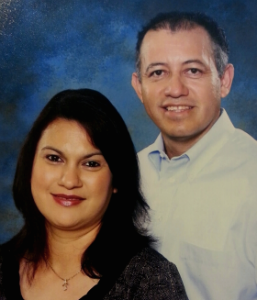 Oakmont Church of God has a rich heritage of international missions work. The Shreveport, Louisiana, congregation enjoys a long history of not only supporting several Church of God missionaries but also putting boots on the ground in Guatemala and the Dominican Republic. When it seemed that fervor for missions to Spanish-speaking countries was at an all-time high for the congregation, God revealed a plan he’d been working on all along. Some 1,200 miles to the northeast, God was raising up a leader to reach the fastest-growing segment of the population.

Adolfo Zenteno began his journey with the Church of God in the nation’s capital. He explains that he was attending the Hispanic Bible Institute with experienced leaders like Jim Johnman and Jorge Palacios. During that time, his father-in-law first mentioned the need for a man of Adolfo’s character and leadership qualities to make a difference in Louisiana. His sister was living in Shreveport, so the possibility didn’t seem too far-fetched. Then in 2001, Jim Johnman mentioned that the Hispanic Council of the Church of God wanted to start a church in Louisiana to reach the growing Hispanic population. Adolfo had begun to realize a need to move his family out of the high-rent, high-tax city for new and better opportunities. His Washington, DC, pastor chimed in and insisted that if the Zentenos were to move to Louisiana, they ought to start a church there. So Adolfo decided to give Jim Johnman a call.

When it became clear that 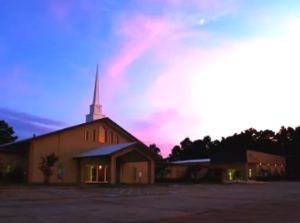 Shreveport was the ideal location to begin a new Church of God work, the puzzle pieces started to fit together. Billy Franks, then pastor of Oakmont, was thrilled with the idea of hosting a Spanish-speaking church plant in a place already primed for such a missions focus. What started as a Bible study with Adolfo, his wife, and his three daughters, today rejoices in an average attendance approaching 150.

Iglesia de Dios didn’t explode in growth overnight, however. The growth that began in early 2005 was slow. And it was never about numbers. Adolfo preaches today to some twenty-five families, who exhibit the love of Christ on a regular basis. The spiritual maturity of the congregation has especially manifested itself in stewardship. Since all of this growth has necessitated moving to their own building, the congregation has stepped up and paid off more than $100,000 invested in a new property in just three years. In the next three years, they hope to build. “God has really blessed us with a congregation that is responsible to tithe and give,” Adolfo explains. “We are very blessed.”

On the subject of church growth, Adolfo keeps it quite simple. “In the first year, we had about fourteen people. After that, the families started to come. All the while, I’m just trying to preach Jesus Christ. I try to be clear in my preaching and teaching to the families that come. Sometimes people want me to preach all kinds of other things, but I must preach Jesus. I think the reason that we got over the one-hundred-person mark is that we preach Christ above everything else. It’s all for God’s glory, and everything happens because he permits it.”