The poverty rate in Sunnyside, Washington, is more than double the statewide rate. Forty percent of the town’s population is under the age of eighteen, and 40 percent of those children are growing up in single-parent households. These and other sobering statistics reflect an atmosphere primed for a thunderstorm of gang-related activity. Since 2010, Oasis Community Church of God has sought to increase awareness of sex trafficking, and this year, these efforts culminated in the founding of the Underground. As a drop-in community center for at-risk youth and their families, including victims of sex trafficking, the Underground is all about offering hope for a second chance.

When Pastor Cameron Garcia first came to the Church of God restart in Sunnyside, it was clear that something had to be done about the rapid growth of gangs. Area gangs, likely responsible for several drive-by shootings at and 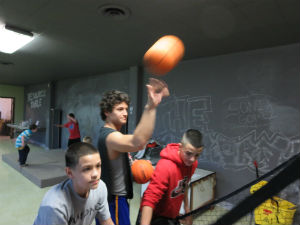 around the church, ultimately faced economic strain and found a lucrative industry in sex trafficking. “We often think of sex trafficking as a brothel in Thailand, but it’s right here,” Cameron explains. “It’s not done in a brothel, but usually in a hotel or at a party in a house out in the country, far removed from law enforcement.”

It’s not always easy to do the right thing. Cameron and Oasis Community Church learned that the hard way. “Long before the Underground, we as the church, along with a local nonprofit and the police department, formed a task force to combat sex trafficking,” Cameron recalls. Unfortunately, not everybody liked the idea. “We had a lot of local resistance,” Cameron explains. “Politicians didn’t want it to be seen as a blight on the community. There were people writing editorials against me. Others were calling for resignations of local leaders.” But like Nehemiah, Cameron tuned out the naysayers and listened for the voice of God. 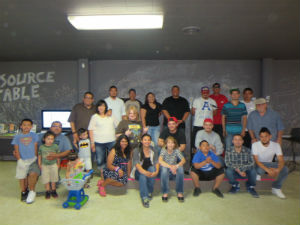 Now the Underground primarily serves as an oasis of hope in a desert of despair. Three days a week, the morning is devoted to serving the homeless. In the afternoon, the Underground turns into a hot spot for youth and their families to enjoy foosball, air hockey, a chalk wall, and open-mic nights. At-risk youth come to the Underground and develop friendships instead of addictions. They go there when there’s no other safe place to go. Inevitably, a victim of sex trafficking will also discover refuge at the Underground. “All of our volunteers are trained on what to look for,” Cameron explains. “We work with our local domestic violence center so that if we get somebody in that meets the criteria, we can get them set up with an advocate to ask the right questions and get the right assistance. When kids are at the level of risk that we see, hope is something that is in short supply. We tell kids that we’re a place for second chances. Even if this is the life they grew up in, we will do what we can to help them get out of it.”

The Underground was a bold step for a congregation of less than a hundred. They faced many challenges in getting the ministry off the ground, but they ultimately won the trust of people by consistently demonstrating that the ministry was in the community’s best interest. Pastor Cameron encourages other churches to “be willing to push that comfort zone.” He insists, “If you know that there is a direction that God wants you to go, then go, and know that nothing can stop you.”

The Church of God is responding to the epidemic of sex trafficking. Join the fight at www.JesusIsTheSubject.org/CHOG-TraffickLight.