By chogministries
Posted October 17, 2013
In All Church of God
Several Denominations, Just One Subject2013-10-172013-10-17https://www.jesusisthesubject.org/wp-content/uploads/2016/07/ChogLogo-Light.svgChurch of God Ministrieshttps://www.jesusisthesubject.org/wp-content/uploads/2016/07/ChogLogo-Light.svg200px200px 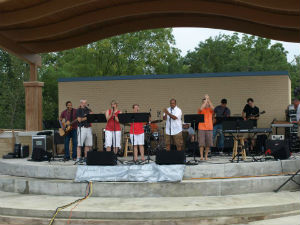 A recent tweet* from Jim Lyon on the subject of unrest in the Middle East suggested that in some parts of the world, typically divisive subjects become trivialities: “The luxury of division in the body of Christ evaporates in a world where professing Jesus as Lord brings persecution, even death.” Others have said that when we all get to heaven, there’s going to be one church, so why not start living like it now? Huber Heights Church of God in Huber Heights, Ohio, is reaching their hands beyond themselves, bringing a taste of heaven to earth. They recently organized a worship service featuring several denominations, but just one subject.

“Our biggest thing was to have an opportunity for churches to lift up the name of Christ,” Pastor Roger Hamilton explains, “and second, to be intentional about bringing about unity with other churches in the area.” Regardless of denomination, culture, or worship style, you were invited to be a part of Worship in the Heights. 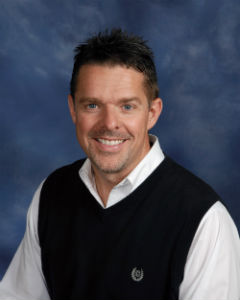 Six other churches participated and led in the worship experience, representing one other Church of God congregation, a Methodist church, a Southern Baptist church, an independent church, and a Grace Brethren church. Each church came away from the worship service with hearts warmed and spirits lifted.

From the planning stages to the actual event, all six churches were included. Instead of holding the service at one of the churches, they all agreed to meet in a neutral venue, the YMCA amphitheater. One church brought lighting, one church ran sound, and each church helped lead worship. In addition, a prayer tent was set up for those requesting special prayer. The churches made food available, and a local Christian radio station showed up to help promote the event.

There’s something special about churches setting aside differences to focus on the subject of all of their ministries—Jesus. “The common thread was Jesus, and we made sure we communicated that,” Hamilton recounts. “It was all about the Lord getting praise. We want everyone working together in harmony in order to touch lives for Christ.”

It’s a tremendous witness when people get along who are normally divided by differences. Perhaps this is because there’s a divine source for such unity—“one heart, and soul, and mind we prove—the union heaven gave us.” Church of God songwriter Charles Naylor’s words remind us of the powerful witness of unity in the body of Christ. “Hopefully the community will see that it’s not about us,” Hamilton explains. “When there’s so much hatred and division in our society and in our nation, I think it’s another way we can have a positive influence on the community.”

Jesus is the subject.