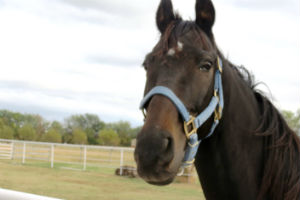 The trauma inflicted upon victims of sex trafficking is often beyond horrific. Women and children as young as eight are forced into situations no one should ever have to experience. The hurt that remains after a victim is rescued runs deep, and emotional and psychological scars are often permanent. Sometimes a counselor can help. Sometimes a psychologist can help. Believers can certainly help to reinforce the hope that is found in Christ. Sometimes, however, the best kind of help comes from a horse.

The vision of Hope Ranch for Women in Wichita, Kansas, came to Cathy Turner at a time in her life when she least expected it. Cathy, who serves Eastside Community Church of God in Wichita, is the wife of lead pastor Dennis Turner. She had become an empty nester and was looking forward to a little downtime. Starting a new project, particularly in the area of human trafficking, was not on her radar. Nevertheless, during a quiet time in prayer, God gave her a dramatic vision.

“I saw women in rooms—dark rooms—crying out for help,” Cathy recalls. “In the next moment, I saw those same girls taking refuge inside a home. I’d never been inside the home that I saw in the vision, but I did recognize it and I knew who the owners were.” Surprised and perplexed, Cathy shrugged it off and temporarily convinced herself that she had dreamed it all up. But in the next three months, Cathy felt a spiritual dryness that she couldn’t explain. In a later time of prayer, God made it clear to her that she could not continue to progress in Christ until she did what God had called her to do. 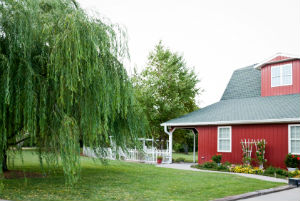 So, Cathy sent the owners of the home a message on Facebook. She didn’t know the owners very well, and she figured it was the safe thing to do. She also predicted that the homeowners would think she was crazy and ignore her. But when the owners gave her a call, and told her that they had been praying and fasting about how God might use their property for his glory, Cathy’s mission suddenly became real.

After discussion, Cathy and the homeowners decided that they would wait and see what the Lord would do. Cathy didn’t just wait, however. She had a mission, and she had to do something. Following conversations with the Wichita Children’s Home and the Wichita State University Center for Combating Human Trafficking, Cathy began to recruit volunteers to serve as mentors for women who had been rescued from the sex trade.

Ultimately, the home that had appeared in Cathy’s vision went into foreclosure. Though not ideal circumstances for the owners, they were blessed in knowing that their property would be used for something greater. In what seemed like a whirlwind, all the pieces came together for Eastside Community Church to purchase the property for sixty cents on the dollar. Hope Ranch is now preparing the property to transitionally house sex-trafficking victims as they heal. The property, which is now completely paid for, is perfect for a peaceful restoration experience—twenty acres of land, a five-thousand-square-foot house, a large kitchen, and a bonus room the size of a small gymnasium.

One of the God-ordained pieces of the puzzle that fit in a very unexpected way involves horses. After conversation with a friend at Eastside who has experience with horses, Hope Ranch decided it would feature equine-assisted learning. “Horses have an innate sense,” Cathy explains. “Upon building a relationship with a horse, that horse can mirror what’s going on inside of us. So we do on-the-ground training, and a facilitator will be with a rescued victim and will put her through a series of exercises. While conducting these exercises with the horse, the facilitator will ask a series of questions. It’s next to impossible to adequately describe what’s taking place, but in that moment, the horses are tools in the hands of the Lord. They help in the healing process.”

Cathy grew up on a farm, but never really understood the power of equine learning until she experienced it herself. In one of the training sessions, Cathy was asked to share from her personal journal. As she spoke about God’s work in her life, she became emotional. One of the horses, Don, made his way to where Cathy was standing and leaned his muzzle up against her cheek. Don remained there until she had finished speaking.

In January, Jim Lyon visited Hope Ranch and spoke to a gathering of concerned citizens and local agencies regarding the need to fight human trafficking. Six agencies came together to discuss what was being done, and what could be done, to make a difference together. Cathy hopes that more and more people will truly understand the gravity of the sex trade and get involved in the fight. “It’s not just something that happens in other countries,” she explains. “I also wish more people understood the risk factors. I wish more people knew that it’s not just a poverty issue, but a relational poverty issue as well. When there’s relational poverty in the home, even in middle- and upper-class families, there will be a tendency for abusers, exploiters, and traffickers to swoop in. Those who are living in relational poverty are drawn to those who falsely tell them how much they love them. I also believe that the church needs to understand that if they were to really take care of the families, they could help to prevent trafficking and lessen the demand.”

Hope Ranch plans to open its transitional home in the fall of 2015.

Learn more about the Church of God fight against human trafficking at www.CHOGTraffickLight.org.