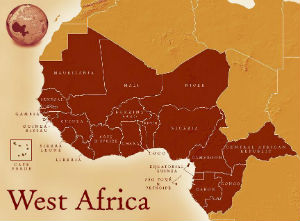 This morning you may have noticed in the front headlines the news that there have been foreign hostages taken at a gas facility in Algeria, due to a struggle that has been going on in the neighboring country of Mali. We are watching this situation closely; we are not in danger, and ask you to please be in prayer for the Malian people. As we write, it has been reported that some of the hostages have escaped.

Just a brief update on what is happening: For approximately one month there have been Islamist extremists who have been pushing to take control of Mali. This past week they made some major advances towards the capitol, Bamako. They were within approximately 350 kilometers or 176 miles of their target when the French government sent in troops to block this from happening. Why is this happening?

The reason is that Mali is a very large country and it borders seven countries: Algeria, Burkina Faso, Guinea, Côte d’Ivoire, Mauritania, Niger, Senegal. Thus, if the “Rebels from the Movement for Oneness and Jihad” would take Mali, they would then have easy access to the surrounding countries. In reaction to the French coming to aid the Malian government, these rebels have taken foreign hostages to show their dissatisfaction! There has been a lot of discussion about the fact that Mali is a former colony of France, thus there is still an interest in what happens in this country.

From our point of view, it would appear that the West Africa nations and the French government are coming together in action to help the Malian government and its people. Please pray for the people of Mali and that a peaceful resolution can be found to end this very tense and difficult time.

If you would like to follow this unfolding story from a good source, we would recommend you read or listen to BBC news (http://www.bbc.co.uk/news/).