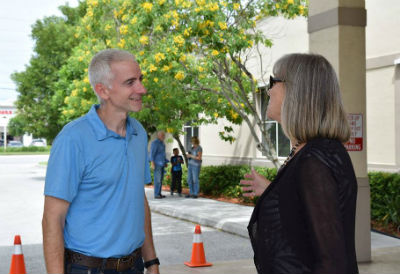 Pastor Shawn engages in conversation at a community event.

“Church in the Palms” is spelled out in large letters on the side of the building at 3812 Jog Road in Greenacres, Florida. This does not mean the congregation that goes by the name feels any sense of ownership of the place. For them, the property is God’s to accomplish what he wants done on it. Is it really any wonder then that the ministry hub houses a variety of nonprofits, including ten other churches with worship services taking place in English, Spanish, and Creole? In the past few years alone, Pastor Shawn Allen has led the church to embrace a strategic vision that would inspire as many Christians as possible in Palm Beach County to see God’s vision, connect with God’s people, and join God’s mission. The radical, yet conceptually simple approach to what the pastor calls “missional unity” is already bearing tremendous fruit in and for the community.

At the same time Shawn serves as senior pastor for Church in the Palms, he’s also become the lead facilitator for what has been dubbed “Community Life”—a “missional network” of eighteen area nonprofit organizations. Through partnership with these organizations, and stewardship of the building for the ultimate advancement of the kingdom, Church in the Palms has discovered a better way to show God’s love to their neighbors. “We have ten churches that use our building every week to worship,” Shawn explains,” and it’s as broad as you can imagine, from as reformed Baptist to as Pentecostal as you can imagine—all in the same building! Not that long ago, the reformed Baptist and Pentecostal congregations came together to do a three-hour service project at a local elementary school. They’re not likely to worship together, but they see the need in the community and the necessity to join hands in the name of Christ.” 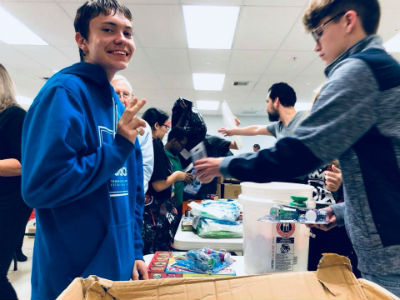 Service is part of the DNA of Church in the Palms.

Shawn Allen hasn’t been in South Florida very long, but he’s already made a huge impact on the church and community. Still, the community-oriented, outward-thinking nature of Church in the Palms is decades in the making. While too many churches in our culture tend to operate territorially instead of kingdom-mindedly, Church in the Palms made an intentional shift twenty years ago, when a previous pastor led the congregation to sell their building and rename themselves after only sixty years of ministry. “It was all for the purpose of recapturing their missional vision and appetite,” Shawn explains. “It was a very difficult decision for them, and it led to about ten years of nomadic ministry, meeting in schools and facilities they could rent. When they found the current church property, they dedicated it to be used 24-7, in their words, as a ‘mission outpost.’”

Though things didn’t develop quite as fast as they’d hoped, the building soon began to be used by likeminded ministries and other nonprofits. Shawn Allen has since built off the incredible foundation laid by those who came before him. “I believe the best chance to answer Jesus’ prayer in John 17 is through mission,” he reflects. “How can we get as many people as possible to join hands, all doing the same thing for the same Lord? These different silos in ministry, coming up with different ways to reach the community—it’s not productive at all. Instead, we have to work together to discern the systemic needs of our community and then envision holistic solutions to these issues in both word and deed.” 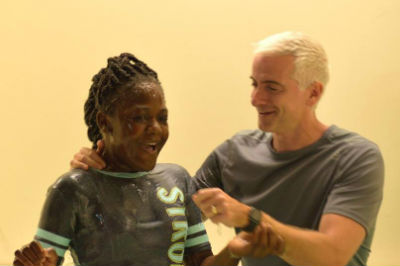 When God’s people work together, lives are changed forever.

From a practical standpoint, Shawn knows it’s not easy, but insists churches of any size can do it. In fact, if a church doesn’t have a lot of resources, that’s a great reason to not reinvent the wheel and choose partnership instead. By renting space to others, you’re adopting a kingdom mentality and bringing in rental income that can help pay the mortgage. Shawn assures the Movement that they’re not an especially big congregation, but they’ve determined to allocate some resources for the specific purpose of managing the stewardship of the property. In their case, they found that a real estate agent in their congregation would be the best to handle the rental of the facility. That’s a much better option than adding such a task to the pastor’s plate.

“You have to be willing to take your hands off the property,” Shawn reflects. “Then, when it comes to partnership, others have already put so much time and energy into making something work—why in the world would we try to do something someone else knows how to do better? ‘Joining God’s mission’ are words we use a lot, reminding us of Jesus’ prayer for unity so that the world would know that the Father has sent the Son and that he loves them.”

In Florida, across North America, and around the world, the Church of God is taking back what hell has stolen. Join the movement. Give life. Donate today at give.jesusisthesubject.org.