By chogministries
Posted October 2, 2014
In All Church of God, Global Strategy
Scottish Referendum: Implications for Church and Society2014-10-022014-10-02https://www.jesusisthesubject.org/wp-content/uploads/2016/07/ChogLogo-Light.svgChurch of God Ministrieshttps://www.jesusisthesubject.org/wp-content/uploads/2016/07/ChogLogo-Light.svg200px200px 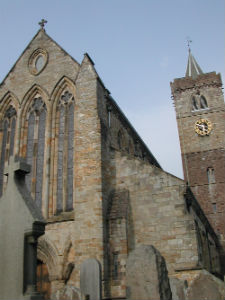 On September 18, Scotland held a referendum on independence from the United Kingdom. Though a margin of 10 percent gave “No” voters a decisive victory to remain with the UK, the vote revealed a starkly divided nation. Though the vote received relatively little media attention in the United States, much was at stake for the people of Scotland. Now that the referendum has passed, Church of God ministers with connections to Scotland reflect back on the historic day that speaks volumes about church and society.

How much are you informed about current events around the world? David Aukerman, pastor of Mt. Haley Church of God in Midland, Michigan, believes Christians in America need to be aware of what’s taking place beyond their localities, region, and even nation. David, whose cousin lives in Scotland, has an appreciation for the significance of such a vote that others perhaps overlook. Many Americans may not realize, for example, that the voter turnout in Scotland was 85 percent. Considering the consistently low turnout at American polling places, that figure is huge. While much of the world witnesses violent election aftermath, Scotland’s referendum left anger and frustration—but also peace—in its wake.

“In so many parts of the world today, political and economic differences are resolved with guns and grenades,” David explains. “It was refreshing for me to see a political process take place in which serious disagreements were addressed without open hostility.” To stay in touch with the returns, David tuned in to BBC One Scotland on the night of the referendum. He notes that while guests of the news program waited for districts to submit results, opposing sides were featured. “Unlike American television personalities, who generally excel in arguments, these Scottish individuals were respectful of each other though they disagreed deeply and passionately with each other.” David then poses the rhetorical question: “What might our churches look like if we treated each other with such respect during times of conflict?” 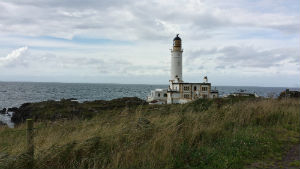 married a Scotsman in 2007. Since she first moved to Scotland in 2003, she has gained a tremendous appreciation for the Scottish way of life. She not only enjoys the miles of breathtaking coastline and active urban centers, but she also values the emphasis placed on social concern and general welfare. The “Yes” voter vigorously advocated for independence, not to stir up trouble, but to win justice and liberty for a people she sees as unfairly represented in government, taxation, and resources. “I can’t see how any American wouldn’t support independence. It is one of our most highly prized achievements—our Declaration of Independence, considered by some as being based in part on the Scottish Declaration of Arbroath.”

Though much of the media coverage placed the independence movement in a negative light, David’s one-on-one dialogue with Cyndi and her husband has opened his eyes to the positive. “I approach the Scotland situation from a position of interest in justice for all people,” he explains. “After hearing firsthand reports of the political situation of native Scots, I found myself resonating strongly with their desire for adequate representation, fair taxation, and the ability to play an influential role in determining the course of their own homeland. I believe Christians should be interested in pursuing and cheering for fairness and righteousness in all parts of the world.”

Cyndi explains the unfairness in concrete terms. “All our taxes go directly to Westminster.* Then Westminster gives Scotland money for its domestic issues—basically, an allowance. It’s like taking your salary, giving it to your neighbor, who then gets to decide how much of your money you need to live on and keeps the remainder to spend on itself.” Among several other examples, Cyndi touts what she regards as the UK’s mismanagement of oil revenue from Scottish waters, as well as a political shift away from the medical and educational welfare of the society. In these issues, she sees division not as a dirty word but as a prospect for a hopeful future. “This division would enable the Scottish people to decide the best way to manage Scottish resources,” she insists. She hopes that as a result of the referendum, though the “No” vote carried, the United Kingdom will hear Scotland’s concerns and enact much-needed change.

While the Church of God presence in Scotland is limited, one Church of God student is in the midst of the referendum commotion. Jason Varner, an AU School of Theology graduate, is pursuing a PhD at the University of St. Andrews and is preparing heart and mind to speak authoritatively on cultural formation and worldview. Though his American citizenship prevented him from voting on September 18, it afforded him the more objective perspective as an observer.

“The recent referendum was a lot like a presidential election in the United States in that you simply could not avoid being confronted with it day in and day out heading into the vote,” Varner reflects. “The debate engulfed everyone, and churches were certainly not exceptions to this. With an issue as divisive as this one, there was certainly the risk that the church would succumb to fragmentation and division. After all, my church had a good number of believers with passionate opinions on both sides of the issue. What I found in my church was that for everyone I talked to, the kingdom of God came before the country. No matter their views on Scottish independence, my Christian friends here had a keen sense that they are citizens first of a kingdom that is both here now in part and that will be coming soon in fullness. Their mission as citizens of this Jesus kingdom trumps any agenda they might possess as temporary citizens of either the United Kingdom or an independent Scotland. I found this attitude genuine and couldn’t help but think that perhaps they were prepared for this kind of stance by decades of doing church in a culture wherein practicing Christians form a minority.”

* Westminster is a reference to the UK Parliament, which is located in the Westminster district of London.

For more information about how you can change the world with the Church of God, visit www.JesusIsTheSubject.org.