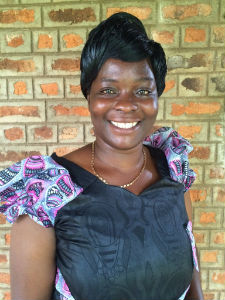 By Mike and Heather Webb

In the hills of Kisumu, on the western coast of Kenya, Kima International School of Theology (KIST) stands as a landmark in the community. It’s been there for more than twenty years, and the goal has always been the same: be an excellent school of theology led by Africans that trains Church of God leaders in Africa. Over the past several months, the school, under the direction of the board of governors, has been making significant strides toward accomplishing the goal of African leadership. On November 13, 2015, Rose Chemegemet accepted an invitation from the board to be appointed principal designate. She will undergo eighteen months of strategic and specific training so that she is fully equipped to become the first African principal of KIST in July 2017.

Rose is no stranger to KIST. She grew up in the neighboring village and attended KIST as a student while Steve Rennick was the principal. She met her husband Robert while they were both students there. She has been on faculty at KIST for several years and was recently appointed academic dean of the school. She is well-respected by students, staff, and faculty and is held in high regard by the missionaries who have worked alongside her, as well as by the national leaders of the Church of God in East Africa.

Why is this a big deal?

• For more than twenty years, the goal has been for the school to be under African leadership. Rose will be the first African principal.
• Rose grew up in the neighborhood. Her story will serve as an inspiration and encouragement to young people in the area that they, too, can accomplish great things by staying faithful to God.
• Rose has the full support of the Kenyan Church of God. This will be crucial as they work together to train and place pastors for service in East Africa.