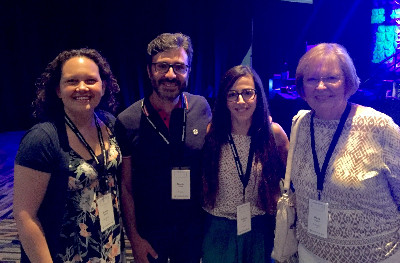 All she wanted to do was feel closer to her Lebanese family. Anne’s great grandfather was Lebanese and used to write letters to her as a child. The more Anne learned, and the older she got, the more she desired to uncover her Middle-Eastern roots. What if she could communicate with her Lebanese relatives in their language? she wondered, especially after her grandfather passed away. Learning the Arabic language wasn’t in high demand among the public schools in her area, though, presenting a short-lived challenge. Since France had colonized Lebanon in the early to mid-1900s, Anne knew French would be an alternative option. It was Anne’s love for the language that led her to leave her hometown behind in 2000 for a journey that would ultimately bring together the stories of Convention 2019, Samir Salibi, and the financial controller for Servant Solutions: Anne Nelson.

As a result of Lebanon’s history with France, most Lebanese people speak French to some degree. Anne knew this fact well, which propelled her further in the study of the language. Classes were not enough; field study would be necessary for her to become fluent. In the summer of 2000, Anne moved to France. After a tour of the iconic locations of Paris, she visited the local Church of God. “To my surprise,” she recollects, “this church was a Franco-Arabic church with members from different Middle-Eastern countries, and they worshiped in Arabic.” 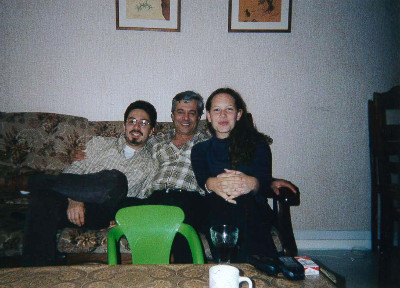 Samir Salibi, Convention 2019 speaker, was then a member of the church. He and Anne made an immediate connection because he had met her father at the Church of God convention in Birmingham, England, years prior. First impressions were only a glimpse of what was to come, however. The church, composed of believers from Lebanon, Syria, Turkey, Egypt, and Jordan, extended the warmest of welcomes to Anne. In her words, they treated her like “family.” They did more than worship together; they did life together. Anne recalls areas of her life needing spiritual growth, but the Church of God in Paris simply loved her. In everything from cooking and eating, to shopping and talking, community was epitomized. It was in this community that Jesus planted seeds of his love and grace in Anne that would grow and blossom in the years that followed.

When Samir’s name was announced with the Convention 2019 schedule, it was a no-brainer for Anne Nelson. She would be there! “I was shocked, but not surprised, to see Samir’s name,” Anne explains. “Nineteen years ago, what I saw in Samir was a singular focus on Christ. It was almost as if Samir had met ‘the Man himself’ and couldn’t stop talking about him. He had a vision of a man in white and could not shake that he was supposed to do something for/with him. I was in awe of his experience and his devotion to the Lord, and I’m so thankful to the Lord for having crossed our paths then and now.” 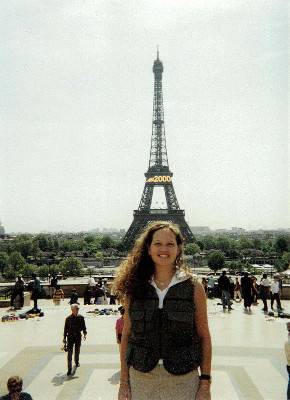 Once in Orlando, it took a minute for Samir to place her in his mind, but it wasn’t long before a joyful reunion commenced. But their face-to-face interaction was only part of the way God blessed Anne in this reconnection. On Friday of the convention, Jim Lyon hosted an interview with Samir during which Samir told the story of the work of the Church of God in Paris through the ministry of AtHome. “What resonated with me most about Jim’s interview with Samir was how Samir and AtHome members ‘dance’ with refugees,” she explains. “That is so Jesus. Samir is being used to help refugees feel seen and regain dignity that was lost as they fled their countries. My time in France was nothing like being a refugee but, in the smallest way, I can understand how it feels to be in another country, away from family, and not speak the language or know the culture. Samir and the Church of God in Paris saw me and gave me more love than I could have asked for during my stay in France. He’s still doing that through AtHome.”

You can be a part of what God is doing in France through Samir Salibi and the AtHome ministry. Donate online at http://chogglobal.org/mission-projects/projects-europe-middle-east/athome/ or mail your donation to Church of God Ministries, PO Box 2420, Anderson, IN 46018. Be sure to write Project 42.30501 on the memo line. Learn more about the work of the Church of God around the world at www.chogglobal.org. Learn more about Servant Solutions at www.servantsolutions.org.

Haiti: Four Hundred Blessings and MoreAll Church of God, Global Strategy
130+ Years and Still a Strong Calling to Serve the Church: A Letter from the President of Warner PressAll Church of God