It’s commonly said that pastors never really retire from ministry, it just looks different. This would certainly be the case for Gary Glatthar and Charlie Gray, two Church of God pastors who have dedicated their lives to ministry, with different stories but on similar paths.

Longevity doesn’t even begin to do them justice. Pastor Glatthar spent his thirty-five years in ministry at Cloverdale Church of God in Boise, Idaho, dedicating his time and love to the congregation. But, as asked above, does a pastor every truly retire? “I still preach occasionally and do weddings and funerals,” he replies. 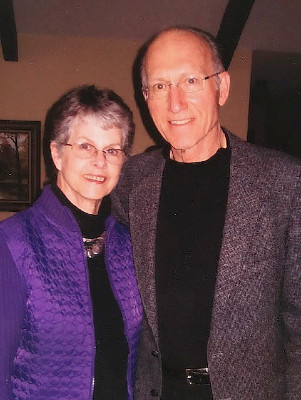 Pastor Gray reminisced about recently receiving “a plaque for fifty years of ordained ministry.” He spent his years serving in Texas, California, and Colorado. Still active at Mt. Scott Church of God in Portland, Oregon, Gray and his wife are actively reaching the community through Neighbor to Neighbor, which meets every month. “After breakfast and devotions at the church, groups go out to work the rest of the morning on whatever the needs may be (landscaping, repairing structures, etc.). In many cases,” he explains, “where our teams have started cleaning up a property, the neighbors also want to get involved.”

But who are these men when they aren’t preaching every Sunday? Working with their hands is a common theme for these two respected pastors. Pastor Gray reflects, “Tending grass and flowers and landscaping with my hands in the soil has been, and still is, God’s way of keeping me sane and allowing me to enjoy his handiwork in nature.” Gray also has a passion for working with wood, and says, “I am a builder, creator, carver, wood turner, a ‘fixer,’ and I have accumulated many tools over the years.”

This passion is something Pastor Glatthar can fully relate to, as he is an avid woodworker himself. “I have always enjoyed working with my hands, and I have spent more time woodworking than other hobbies,” he reflects. “I did some woodworking as a child but really got involved in shop classes in the seventh and ninth grades. I still have projects from those classes.” 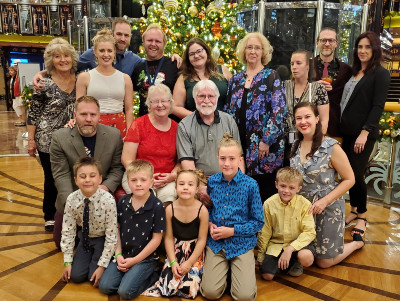 Pastor Glatthar loves to spend time with his family.

Along with his passion for woodworking, Pastor Glatthar has also explored glassblowing for a number of years. “I watched one of my parishioners blowing glass while he attended Anderson University,” he reflects. “A few years later, my own son started blowing glass at Hastings College.” After watching and observing for a time, Pastor Glatthar wanted to learn, too. “I took my first lesson around 2000,” he continues, “and began blowing regularly when my son and his fiancé returned to the Denver area in 2003. The three of us blew glass weekly and even had a small business until about 2010. We still blow glass occasionally.”

Hobbies aside, their families are most important to them. Pastor Glatthar and his wife Arlene are enjoying the life of not only being parents to three sons, but also grandparents to seven grandchildren. They helped raise two foster boys with whom they are still deeply connected, and they adopted a nineteen-year-old girl and an eighteen-year-old boy. “We have tried to touch many lives through the years.” Pastor Glatthar states this as part of the reason they remained at their church for so many years. “[We wanted] to develop deep ties in our local schools and community. Even in retirement we remain connected with these people.” 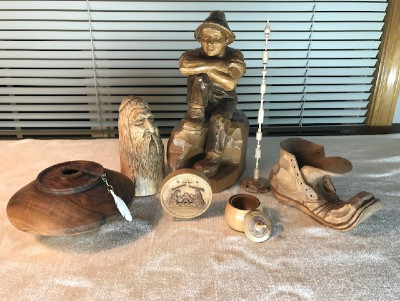 Some of Pastor Gray’s projects.

Pastor Gray and his wife Zona get to share the joy of two sons and a daughter. His love and pride of his children is evident in the way he speaks of them. Though they are not all nearby, they are all making their parents proud. Fortunately, they don’t have to be far from all of their children, as their daughter is actually on staff at their church in the children’s ministry.

Both Pastor Glatthar and Pastor Gray are optimistic about the direction of the Church of God movement. “I continue to be excited about how the Church of God movement accepts people and their differences,” reflects Pastor Glatthar. Throughout the years, throughout the changes, Pastor Gray affirms, “The church is still meeting needs around the world.”

The Church of God is a beautifully diverse movement of “Jesus people,” such as Pastors Gary Glatthar and Charlie Gray, boldly living out the love of God in their communities and beyond. Learn more about the Church of God at www.JesusIsTheSubject.org. 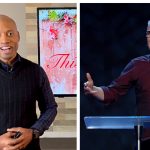 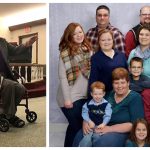