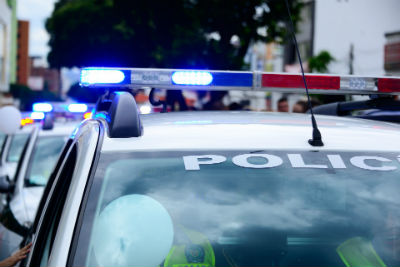 John Crose is the son of influential Church of God missions figures, Lester and Ruthe Crose. With a name like Crose, you might assume he’d follow in his family’s footsteps abroad. God did call John to the mission field, but of a different kind. For twenty-one years, John Crose took the hope and healing of the gospel into all the world of police chaplaincy. His new book, The Exciting World of a Police Chaplain, chronicles firsthand accounts of ride-alongs with law enforcement, difficult death notifications, pastoral counseling, and sharing the gospel with unbelieving officers, family members, and persons affected by police-related matters. Though retired today, his experiences of the past predict an ever-increasing need for police chaplains. 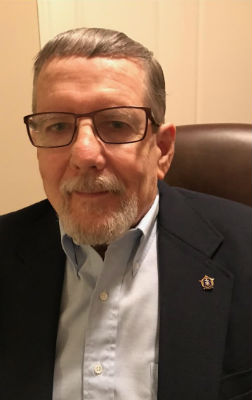 Now consider the police officers. Experiences to which only they can relate tend to keep them guarded and insulated from civilians, particularly when off-duty. These experiences can also put strain on the spouses and children of officers. The police chaplain is a reliable presence to offer counseling, spiritual support, and friendship for the police officer and family. John Crose knows this fact very well. And he makes the case through anecdotes and illustrations of the good, the bad, and the occasionally humorous moments of chaplaincy.

“I did an internship with the police department in Indianapolis, and that was all I needed to get me going in it,” John recounts. Not a lot of full-time chaplaincy positions are available, so he began to do the work part-time and took on local church pastoring, as well, before chaplaincy became his primary mission.

John recollects tense ride-alongs with police officers when someone was pulled over, suspected of a major crime. He recounts the times he’s led someone to Christ, even in the nick of time, as readers will discover in the book. He explains the multifaceted role of the chaplain, encompassing funerals for families of the fallen and a wide array of counseling needs, for not only police officer families, but also families of those who have lost loved ones to everything from drug overdoses to gunshot wounds. The book also reveals numerous lessons John has learned about relationships, culture, and human nature while on the job. “It is primarily a crisis ministry, in which individual or family lives have suddenly dropped to a low level, and people are experiencing a lot of stress because of the crisis involved,” John writes. “…The chaplain often deals with people in various stages of shock…” The chaplain, as John notes, is one of the first on the scene to offer the salve of Christ. The death notification, for instance, can lead to traumatic and sometimes violent responses from family members. It can even lead to a heart attack, but the chaplain is there as an embodiment of God’s love. The job is never boring, and certainly an exciting world where the Spirit is at work. 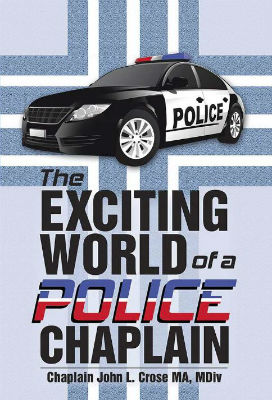 So, what kind of impact did his influential parents have on his own life and ministry? John’s first answer: “Big!” He explains that he knew God hadn’t called him into foreign missions, and his parents understood that. They helped him recognize that God still called him to a certain mission field, and that mission field had become the realm of chaplaincy. “They counseled me,” John explains. “I learned a lot from my folks and from my grandpa John Crose, as well.”

More chaplains are needed, especially women. Countless towns do not have even one chaplain for their law enforcement officers. John trusts that his new book will inspire readers to consider the possibility that God may be calling Christ-centered leaders into such nontraditional ministry settings.

Purchase a hardback, paperback, or e-version of The Exciting World of a Police Chaplain on Amazon or directly from WestBow Press. To learn more about Church of God chaplain ministries, visit https://www.jesusisthesubject.org/chaplain-ministries/.