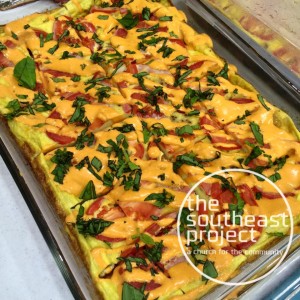 Today, I spoke with Ryan Carrell, founding pastor of the Southeast Project, a church on the southeast side of Indianapolis, Indiana. I tried for two weeks to connect with Ryan to hear about their recent three-year anniversary. As a church planter in a portable church, he has many irons in the fire. When I finally caught him, he so honestly shared some of what was keeping him busy—he was releasing Southeast.

A better way to say it might be that he was meeting with new leaders to whom he was delegating more responsibility. When I got Ryan on the phone, he was full of energy and great stories. You see, Southeast had experienced a plateau recently, and Ryan had seen that he was the limiting factor. He needed to let go of some things to new owners so more could be done and more people could be reached. He and his leaders found that releasing some responsibilities has empowered the church to create art, experiences, and growth that wouldn’t have happened otherwise.

Let me give you three examples of what I mean. 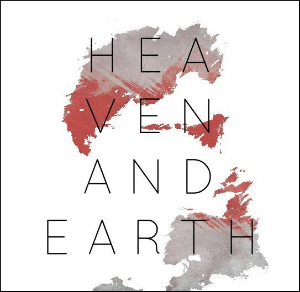 First, Jared Craft, the worship leader, has recently released an album of his original worship music. Jared has been leading worship at Southeast almost since Day One, but he didn’t start out singing his own music. It took time for Jared to get the feel of the community and to start exploring how he could contribute to that worship experience. Jared started including his own music in the sets on Sundays, giving worship at Southeast an authentic, personal voice. “We empowered Jared to share his own music, and we are the ones who benefited. He shares out of his personal experience and he has become the voice of our community.” says Ryan. Jared’s album was released on Southeast’s third anniversary, and Ryan and the church couldn’t be more proud. Download a free song and find album information here.

A second example of Ryan releasing his grip on Southeast came recently when several volunteers came to him and asked to help people get connected. Ryan asked them to head up “Fresh Breakfast”—a moment for newcomers to meet some of the members of the Southeast community. Ryan said he handed over the responsibilities and a budget to his team with some trepidation. They were eager but untested. The results were amazing. The breakfast was delicious, the communication better than ever, and record numbers attended.

This new Connections Team is now in charge of guests from the moment they hit the parking lot until the moment they have a friend and a job at Southeast. The team has a creativity and an enthusiasm for the process that has been lacking. Ryan has no trouble admitting that this team is taking Connections in a new direction, and this would never have happened if he hadn’t released the Fresh Breakfast responsibilities. 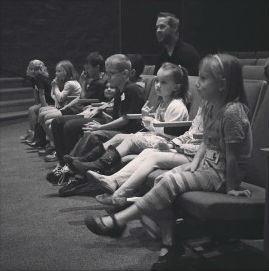 But Ryan isn’t just releasing direction and responsibilities to his team members. Recently, Ryan had to release some of his grip on Sunday mornings. And, God has blessed this release in awesome ways. On Southeast’s third birthday, Ryan and his team had planned to include two baptisms in the service. Before church, Ryan greeted those being baptized and realized that one of the participants wasn’t prepared. She had missed the e-mail with the information and had assumed the baptism was happening a different week. She asked to reschedule for the next week. In that moment, Ryan thought about the work of hauling in the tub to the school, filling it and reorganizing all his plans to accommodate another baptism service. And in that moment, Ryan released his plan and said, “Sure, we can do another baptism next week.” Southeast again opened up the opportunity to participate and two additional people came forward. The second service prompted a third. At the end of five weeks and three services, seven people had been baptized.

“One of the coolest parts of this story is that these weren’t spontaneous baptisms. They were the natural progression of faith journeys that we had been watching, sometimes for years,” says Ryan.

Releasing his plans for Southeast isn’t always easy for Ryan, but he has no regrets. In his words: “I had a picture of what I wanted Southeast to be when I planted the church. Letting go [of that picture] has allowed Southeast to develop into what it is today. Most pastors say they would go to their church even if they weren’t the pastor, but I’m not kidding. I would actually go to Southeast if I weren’t the pastor. It’s better than I pictured.”

Want to keep up with the Southeast Project? Find them on the web or on Facebook.