Regional Conventions Give Microphone to Voice Behind the Scenes

Long before “Jesus is the subject.” Prior to the “sweeping, substantive, and biblically grounded change” across the Movement. Yes, before Jim Lyon was at the helm of Church of God Ministries, there was a voice behind the scenes, offering words of wisdom and cheering us on from the sidelines. The co-author of a vision statement, for the years following Ronald Duncan’s leadership at Church of God Ministries, had been recruited by the Ministries Council at the glowing recommendation of Warner Pacific University. Jim’s pursuit of the divine call to the general director’s post was influenced heavily by that well-articulated vision. Fast forward to 2020, the same voice of influence and encouragement continues to prove tremendously vital to a variety of victories for the Movement. The voice belongs to Ben Sand, whom many have since come to know and love. Ben won’t be behind the scenes much longer—he’s scheduled to address the Church of God at both Regional Conventions this year.

“I first met Jim when he came to visit Dr. Andrea Cook at Warner Pacific,” Ben recounts. “I had been serving in the role of strategic advisor to Dr. Cook, and he was curious to learn about the work we were doing to change Warner Pacific’s mission to embrace becoming an urban institution focused on serving diverse students. I had also previously done some consulting work for the Ministries Council in helping frame a vision for the future of the Movement (which informed the process of Jim being hired).” 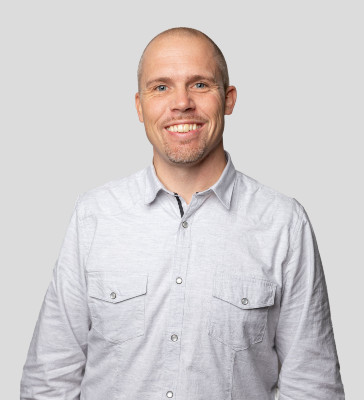 Ben would offer Jim valuable counsel and inspiration as the first 100 days in the general director’s office loomed ahead. “We spent a few days together,” Ben explains, “and, by the time we were done, it was clear to me that God was calling me to walk alongside Jim—no matter the assignment.”

Pointing to the new lexicon embraced by the Church of God—think “Jesus is the subject”—Ben acknowledges more than a new vocabulary. “I am especially proud of the way this shift has resulted in a sense of movement in the General Assembly,” he explains. “It’s also clear to me that the focus on reclamation is turning attention to the importance of the people of God engaging in the neighborhood. At the end of the day, I am convinced that it is in the context of relationships in daily life where the gospel transforms.”

This line of thinking is exhibited clearly in the establishment of the Chapter 4 Institute at the grassroots level along the West Coast in the Church of God (stay tuned for more!). It’s also exhibited in the incredible impact his nonprofit organization is having on the state of Oregon. The Contingent, formerly known as the Portland Leadership Foundation, “empowers leaders and mobilizes community for the common good,” bringing together a growing number of leaders and initiatives to find real solutions for real problems in society. Thinking back on his childhood, Ben recognizes the hand of God at work in his life to bring him to such a point of influence and impact. 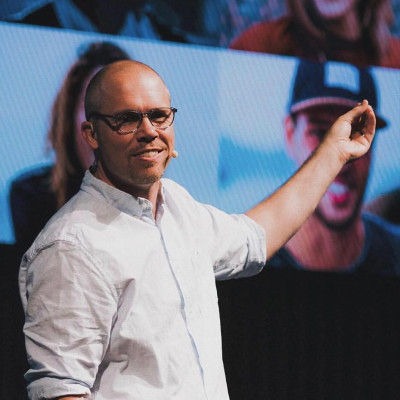 “I grew up in a single-parent home with five other brothers and sisters,” Ben explains. “There were plenty of tough days. Many of my leadership skills that have become so valuable in my career grew from the adversity of my childhood. When you don’t have stability or agency, you look at the world differently. Without a doubt, it was the adversity then that prepared me to be the leader I am today. Growing up with my back against the wall forced me to one, work hard and work early; two, make no excuses (I knew if the ball got by me, it was going to keep rolling); and three, learn how to squeeze a quarter out of a nickel.”

Ben grew up in one of the poorest parts of Spokane, Washington. In college, his relationship with Christ really took off, affecting his decisions and aspirations. He volunteered to start a Young Life club in the neighborhood and, as Ben puts it, “The stakes were high.” He continues, “It was in those three years when I learned how relationships and risk-taking are a good recipe for social entrepreneurship.”

Ben Sand is not one to demand a seat at the table or a place on the platform. His heart of humility beats to help others succeed. For this year’s Regional Conventions, Church of God Ministries approached him with a special request, whereby we the Movement would hear from someone who has invested so much in us. Ben’s happy to oblige, and will join us in Indiana and New York.

“It’s an honor to have the chance to share my personal story and professional convictions,” Ben reflects. “I look forward to encouraging the sisters and brothers to do hard things and, like Jesus, show up in the lives of the underrepresented in their community.” 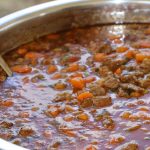 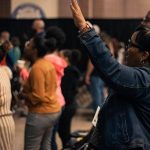