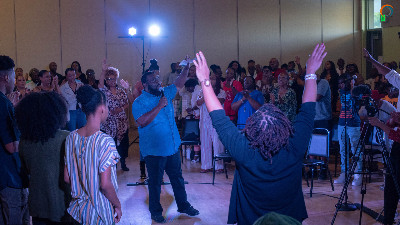 Convention 2019 and General Assembly have come and gone, but the Regional Conventions scheduled across the country in 2020 are fast approaching. Registration is now open for all three events as program details continue to be finalized for Inglewood, California (April 22–24); Anderson, Indiana (June 24–26); and Brooklyn, New York (September 16–18). Pastor Geremy Dixon, who spoke at CHOG Convention 2017 in Wichita, Kansas, says his Los Angeles congregation is “pulling out all the stops” for the three-day gathering in April. An interview with the influential leader offers a glimpse of the people and the ministry giving life to their city in such a way that merits the name “Center of Hope.”

A merger of two Church of God congregations formed the foundation of who Center of Hope LA is today. From 1972 to 1996, the late beloved powerhouse preacher Benjamin F. Reid shepherded the flock which had culminated from a historically white and historically black church. During the outstanding leadership of Bishop Gregory Dixon, from 1996 until 2012, First Church of God in Inglewood (Los Angeles) changed its name to First Church of God—Center of Hope. “In his mind, he wanted to express that we would be an oasis of hope for all types of individuals who found themselves seeking something better,” Geremy Dixon explains. “He wanted to express our place as a place of hope, grounding, anchoring, and a place where you had a sense that, no matter where you were starting from, there is a positive destination with the saints and under the banner of an incredible God.” 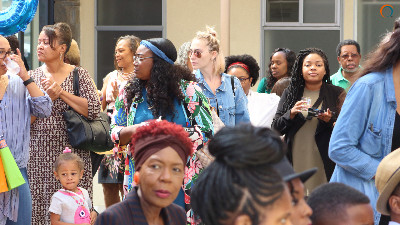 When Geremy took the reins in 2012, he led the church to simplify the name of the church to Center of Hope LA and “fully embrace that vision.” He continues, “It really is more about being able to say to people, in a name, what we know they will find when they come to visit us.”

Hope is certainly needed in Los Angeles, and not only due to the proximity of cultural influences that don’t always promote Christian values. In Atlanta, where Geremy once planted a small church, he observed that going to church is an understood cultural practice. While “every place has its struggles,” Geremy points out, “There’s a population where church is what you do. Los Angeles is not like that. It’s not ingrained that you go to church.” 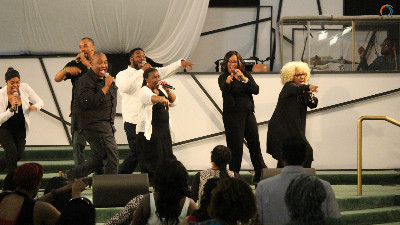 One of the unique challenges of doing ministry in Los Angeles is that there’s so much else to do. In the shadow of Hollywood and Disney, and with the beach not too far to the west and mountaintop adventures to the north and east, there are a variety of activities clamoring for the attention of individuals and families. But another problem is the “transient” culture, as Geremy puts it. “LA is a place where people move to,” he explains. “Seldom do we find that people were born and raised in LA. In ministry here, we are mindful that we don’t have a lot of deep roots. We have to help foster a family atmosphere for them.”

In the midst of church growth, souls getting saved, believers being baptized, and life change, Center of Hope LA is expanding its reach. They recently planted a new satellite location in the Sherman Oaks neighborhood. Geremy says it’s been an “incredible success so far” and that much of that success has coincided with the active development of young leaders. “With all the commentary on young people leaving the church in droves,” Geremy reflects, “I’ve been super blessed by God sending us some incredible gifted young leaders, hungry to step into kingdom leadership.” 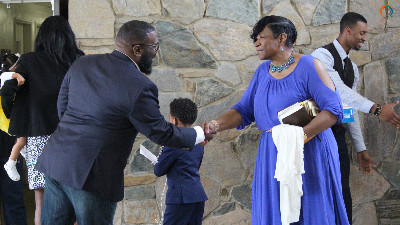 Hospitality is paramount at Center of Hope LA.

From April 22 through April 24, Church of God people from across the country have the chance to see this kind of kingdom leadership and expansion firsthand. But as much as some are looking forward to attending this first Regional Convention of 2020 and tack on a California vacation, Center of Hope LA is all the more excited to welcome Church of God pastors and laypeople to their home.

“I think what’s most exciting about the Regional coming to our church is that it’s coming to southern California to begin with,” Geremy explains. “There’s such an enthusiasm on the West Coast right now with some initiatives happening out here, as well as the Movement’s work internationally. This is an opportunity for us to celebrate this momentum. We appreciate being able to link efforts on the West Coast with what we feel is a pivotal moment for the Church of God. We’re pulling out all the stops, doing everything we can possibly do for everyone who will attend. We want to make sure our hospitality speaks to what all our churches are attempting to do, which is not just the local work, but that we see ourselves as active team players in the global work of the Movement.”

To learn more about the Regional Conventions 2020, and to register, visit www.chogconvention.org.