Those who thought it simply couldn’t get any better were wrong. Dead wrong. After two outstanding Church of God Conventions in Oklahoma City, featuring compelling content, rich worship experiences, and opportunities to be bold in Jesus’ name, three smaller-scale, regional events would bridge the gap during the off-years. They would satisfy our need as the Church of God to stay connected to each other and the ongoing collective ministries of the movement. They would inspire and challenge, but they would also come on the heels of two gatherings in Oklahoma City that had effectively raised the bar. It is a mistake to discount the power of the Holy Spirit to do exceedingly above all that we ask or think! The first two Regional Conferences have stirred in the hearts of those who have attended a Jesus-centered focus and an elevated passion for kingdom advancement. As convention-goers made their way back home from Anderson, they realized a renewed determination to reclaim what hell has stolen. 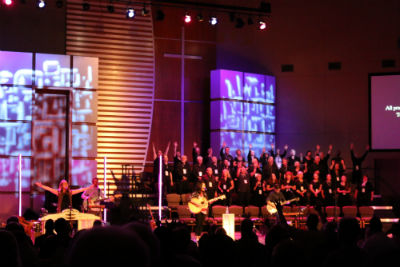 The overwhelmingly positive response of the Church of God to the first two Regional Conventions reflect an overwhelmingly positive attitude toward the new direction of the movement. David Cox, highly respected pastor and evangelist in the Church of God, came to the Anderson event and expressed nothing but praise for the new day that has dawned. Referring to the Jesus-centered, kingdom vision, David said, “It’s an exciting time to be in the Church of God. I feel it in our church at Salem, I feel it when I come to the convention. It’s a great time for the church…” Those from the West Coast were overwhelmed with gratitude for the Church of God to bring such an event to their backyard, and those from the Midwest and across the country enthusiastically welcomed the return of the camp meeting experience to Anderson. At the Anderson event, Stephanie Collins, NextGen pastor of The Gathering, offered this unsolicited exclamation: “I just love being a part of the Church of God!” Unprecedented social media interaction throughout the Anderson Regional Convention highlighted not only proliferation of new technology, but an increase in positive engagement with the movement. About the convention, social media users noted the obvious “sense of oneness,” and said that the event was “so good!” Another noted that she had attended the convention since she was little girl and that this was “one of the best.”

It has become evident to those who regularly interact with pastors and laypeople across the movement that this new wind blowing in our sails is having an impact at the local church level. A quick glance at the past year of news articles and feature stories from the Church of God at www.chognews.org offers far more than a few anecdotes that God is on the move in exciting new ways. But the Enemy of our souls is infuriated, and will continue to do whatever he can to stop it. Our pastors grow weary and sometimes exhausted in the fight. Rest, inspiration, and exhortation is life-giving to pastors and lay leaders alike. At Reclaim 2016 in Anderson, our pastors and lay leaders were encouraged and emboldened to go back to their churches with courage and vigor for another year of proclaiming the gospel and transforming their communities. 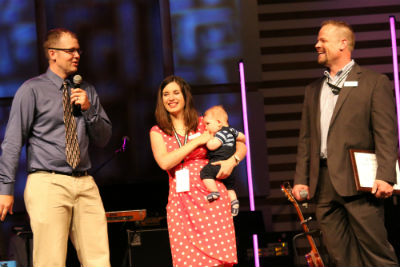 These pastors and lay leaders were struck by the awesome ability of God to take what might seem menial and make it magnificent. Milton Grannum’s story of adoption into the Church of God because of the faithful work of ministers like you and me demonstrated this encouraging truth. Ben Hardman reminded us that actual discipleship requires sacrifice, but it is far more fulfilling and freeing than any overcrowded schedule of church programs and events. Arnetta McNeese Bailey directed our attention to our neighbors—that we must point not to the church, but to a loving Jesus who will take it from there. Steve Arterburn cited the poison of pornography and the path to healing of all hurts, habits, and hang-ups that hold back the church from being the church. Reggie McNeal minced no words as he challenged us to think about church differently, seek the kingdom first, and grasp the power of what breaks our hearts in order to change the world. Commissioned to international missions were Alejandro and Carmen De Francisco, CarolAnn North, and Jason and Abby Torgeson. Woven throughout these powerful messages and times of commissioning were moments of heavenly worship led by products of the Church of God themselves, Alanna Story.

After the convention was over, the second of three CHOG Tables this year focused our attention on the subject of immigration and the refugee crisis. Featuring several presenters, a panel discussion, and breakout sessions, the dialogue will be synthesized into a useful resource for the Church of God later this year. Stay tuned to www.JesusIsTheSubject.org and www.chognews.org for updates.

Couldn’t make it to Vancouver or Anderson this year? Fortunately, you have one more chance to experience Reclaim 2016 for yourself. The third and final Regional Convention of 2016 is scheduled for September 27–29 at New Covenant Church in Philadelphia, Pennsylvania. Don’t take Church of God Ministries’ word for it. Talk to other pastors and lay leaders in the movement. They know. You won’t be disappointed. Visit www.chogconvention.org to register!