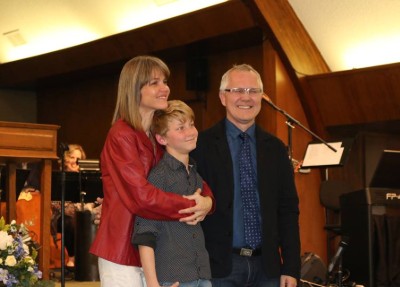 It all began with a prayer. A big and bold prayer—that God would lead Norberto Obermann to do something so challenging it could not be done alone. That, without God, it would simply be impossible. Born in Argentina, and having pastored there and in Brazil for the better part of three decades, Norberto would soon see what happens when such prayers are offered up in faithful surrender. Through a variety of unfolding events, he and his family would be called to pastor North Modesto Church of God in Modesto, California. The quadrilingual pastor—yes, he can speak four languages!—was a perfect fit for the rapidly evolving demographics of the north-central California city. It all made sense to the church and the Obermanns. But God didn’t answer their prayer in the way they were expecting. Instead, they embarked on an adventure that would last two years.

The family’s Spanish and Portuguese background made them a good match for the needs of the next pastor of North Modesto Church of God, a fact underscored by the CHOG Ministry Connector they utilized. Bob and Barbara Christensen, who had experience as missionaries to Brazil, were also serving as the church’s interim pastors. The Christensens and the Obermanns were well-acquainted from previous time spent together in Brazil and Argentina. Gifts, combined with experience and connections, were only the foundation. The tipping point came on bended knee. Norberto reflects, “Sometimes, after several years in Christian ministry, we get so used to doing things ourselves that we don’t even feel the need for God’s help. Then, to be called to California, we are in total dependence of God. Without his help, we will not achieve anything, no matter our experience or capacity.” 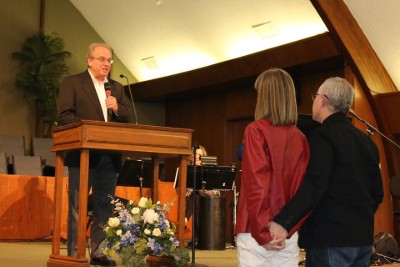 Paul Dreger (RP, Northern California) installing the Obermanns at North Modesto. “It was a joyous day of celebration,” he reflects.

Everyone would soon recognize that the process was entirely out of their hands. Sure, North Modesto Church of God officially called the Obermanns to be their pastor. Indeed, the Obermann’s acknowledged this divine appointment and accepted that call. But apparently the governing authorities weren’t so sure. A man, born in Argentina, living in Brazil, with his wife who was born in Brazil, now seeking to enter the United States? Policies and procedures in place to handle matters like this were complicated, to say the least, even in flux. They put the matter into God’s hands, and that was all they could do.

“Yes, it was two long years dealing with the visa process to finally get here,” Norberto recalls. “We never thought it would take so much time. When we submitted the required papers, the lawyer the church hired had said it would probably take six to eight months…. It was a long journey, but in all this time, God was with us, taking care of us, and helping us be patient. Not always was it easy, but we experienced his great faithfulness.” 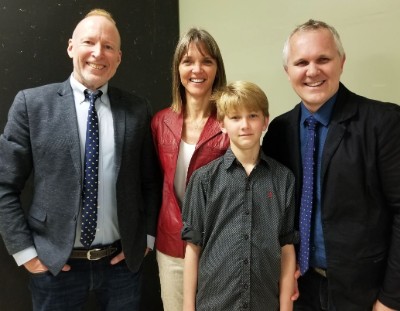 Jim with Claudia & Norberto, and one of their sons, Pedro.

Jim Lyon, Church of God Ministries general director, was invited to speak at the installation on February 24. Jim was delighted to be a part of such a historic occasion in the Church of God. “Norberto’s call to Modesto represents tangibly a new development in the Movement,” he explains, “as pastoral candidates from across national borders are considered to lead local churches…. Norberto and his wife are fluent in Spanish, Portuguese, German, and English, and a great match for an increasingly international and diverse California community.” Jim goes on to describe Norberto and Claudia as “brilliant, anointed, and visionary.”

Norberto grew up in a home of committed Christians. He accepted Christ during a revival service and, after a few rebellious teenage years, recommitted himself and accepted a call to ministry. In 1990, he married Claudia, daughter of Mario and Natalia Hort. Mario, known as the voice of CBH (Christians Broadcasting Hope) in the Portuguese language, is also the pastor of the Rondon Church of God, where Norberto and Claudia led for twenty-one years. 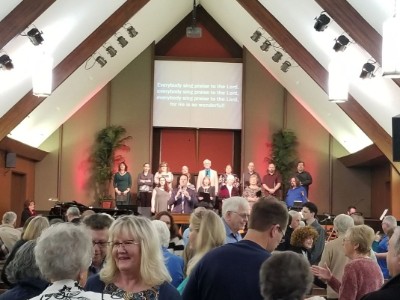 The Obermanns are excited about what God has in store for them, for North Modesto Church of God, and for the city they serve. Spanish is the primary language for 44 percent of the city’s population; Norberto says he sometimes senses he’s back in a Latin American country! “Also, we have people of the Middle East and other countries in Modesto, so the city is very mixed culturally,” Norberto explains. “We are looking forward to walking through this open door to share Jesus in whatever language necessary. Thankfully, the church is open and willing to do this, too. They waited patiently for two years for us because they believe this is what God wants. We don’t know how to do it all, but we are not afraid to make mistakes and failures as we try to look with expectancy for what God will do here.”

Please continue to pray for the Obermanns and North Modesto Church of God. Please also pray for the family’s continued assimilation, and for Claudia—a music teacher—looking for a chance to teach but encountering closed doors so far. Norberto and Claudia thank the Movement in the United States and Canada for prayerful support.

In California, across North America, and around the world, the Church of God is taking back what hell has stolen. Join the movement. Give life. Donate today at give.jesusisthesubject.org.