Protective Beads Versus a God of Protection

By chogministries
Posted August 19, 2013
In Church of God Ministries, Global Strategy
Protective Beads Versus a God of Protection2013-08-192013-08-19https://www.jesusisthesubject.org/wp-content/uploads/2016/07/ChogLogo-Light.svgChurch of God Ministrieshttps://www.jesusisthesubject.org/wp-content/uploads/2016/07/ChogLogo-Light.svg200px200px 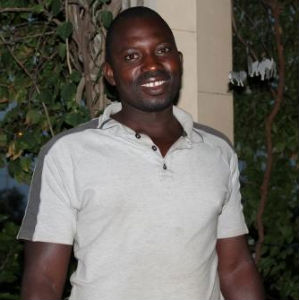 As our night guard left at 6:30 AM, I told him goodbye and to have a good day. Little did we  know what would transpire in his life in just a few short hours.

Salomon went home, but he needed to see another man in the church. He took off on his motorcycle around 8:00 AM. He was stopped at a stop sign watching the cross traffic. A taxi was going to pass in front of him at a rather fast speed. At the same time, a pickup truck was approaching the stop sign on the opposite side of the street from Salomon. The truck did not stop and the taxi hit the back end of the truck, sending it spinning toward Salomon. As the truck was coming toward him, Salomon only had time to say, “Oh, Lord,” as the truck knocked the motorcycle over, taking Salomon under the truck for several meters. Salomon remembers hearing the truck motor running and saying to himself, “I am still alive!”

A policeman nearby saw the accident and came to Salomon, who was still under the truck, and asked him if he was okay. At the same time as the ambulance arrived to take Salomon to the hospital, another policeman arrived. As Salomon stood up, the astonished first policeman asked him if he was wearing protective beads, thinking he was a Muslim. Salomon responded, “No, I am a Christian and Jesus just saved my life!” The second policeman confirmed what Salomon shared, as he was also a Christian and a friend of Salomon’s. The first policeman said he had never seen an accident like this in which the person just walked away. The first policeman on site gave his life to Jesus after witnessing what God had done.

Salomon allowed the paramedics to check him, but he only went to the hospital to have a few scrapes tended. Salomon’s motorcycle took a rather hard hit to say the least. The man driving the truck has taken care of the damage done to the motorcycle. Salomon shared his testimony the Sunday after his accident at the Yamoussoukro Church of God.