By chogministries
Posted February 27, 2015
In All Church of God, Global Strategy
Prevention in Paraguay: Rescuing Children Before They’re Hurt2015-02-272015-02-27https://www.jesusisthesubject.org/wp-content/uploads/2016/07/ChogLogo-Light.svgChurch of God Ministrieshttps://www.jesusisthesubject.org/wp-content/uploads/2016/07/ChogLogo-Light.svg200px200px 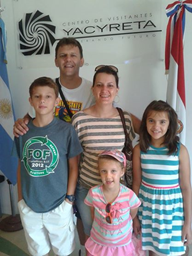 Benjamin Franklin is known for coining the phrase, “An ounce of prevention is worth a pound of cure.” Many are unaware that this bit of wisdom was imparted in the context of firefighting. Families that suffered house fires in Franklin’s Philadelphia found it very difficult to put their lives back together.* South of the equator, there’s another kind of fire that needs to be extinguished—and prevented. Cristiane Kurrle is trying to raise awareness among families, schools, businesses, and churches of warning signs that indicate children may be at risk for sexual abuse. Her efforts in Paraguay are rescuing children from abuse and trafficking before it happens.

Since Cristiane accepted Christ as Lord and Savior, she has enjoyed ministry to children. Her world was turned upside down, however, when she and her husband Marcos, who communicates the message of the Church of God through radio and television, decided to visit children at the hospital. A nurse invited the Kurrles to pray for an eleven-year-old girl who had been sexually abused. Cristiane was overwhelmed. “I had never faced such a case,” she recalls, “and I didn’t really know how to minister to her.” As a result of the Kurrles’ extended conversation with the girl, she became a Christian. “After this experience,” Cristiane explains, “I prayed to God and asked him to use me in this area if it were a part of his calling for me.” Within a few short years, Cristiane became fully immersed in the fight for at-risk children and youth.

Seven out of ten women in Latin America are victims of domestic abuse. Every fifteen seconds, a child becomes the victim of sexual abuse. Violence and sexual abuse in many Latin American countries, including Paraguay, often involve human trafficking. Though the statistics are alarming, they communicate reality in a way that Cristiane believes people need to hear. “Statistics are a powerful way to make the church aware about this sad reality,” she reflects. “Sometimes the church does not want to see or acknowledge this issue. Sharing numbers like this are an effective way to awaken the church to this problem. I want to mobilize the church to work specifically in the area of prevention, because it is much simpler than to wait until the harm has been done.” 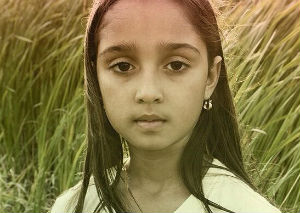 Over the past year, Cristiane has gone into several schools with her message of
prevention. In the presence of civic leaders, she’s poured out her heart for children. Change may be slow, but positive signs have emerged. Cristiane works with an organization called FIDA International, which is now planning to open a shelter for at-risk children and youth. Last October, one city hall offered a space in a municipal facility to use for the shelter. “The idea of starting a shelter emerged out of a workshop that we did with FIDA,” Cristiane explains. “Participants were asking about what could be done after one denounces a case of abuse, because at-risk children have nowhere to go. Paraguay does not have this type of shelter, so there is a great need.” The tasks ahead of Cristiane and her team are monumental, but Cristiane is pressing forward. Prayers are encouraged for all the details to fall into place.

In June 2014, the fight for the safety of children in Paraguay became personal. Moved by the Holy Spirit, Cristiane and Marcos adopted a victim of sexual abuse. This story, though inspirational, was not at all glamorous. “Before adopting Mileidy, I always asked the Lord to help me be a woman of faith,” Cristiane explains. “When God brought Mileidy to our lives, he told me, ‘Here you go. Believe me that I can restore this life.’ Statistics suggest that most abused children end up in prostitution or suicide, but God is calling me to believe that he can overcome statistics. So this experience has blessed me because it has strengthened my faith. It has also given me the opportunity to better understand God’s love toward me and my family. It is not easy to love a child who is not from your own womb, but God has also adopted us even though we were not his children. I am still learning and I am still challenged by people and by different issues, but God continues to train me in this area. One day I was full of doubts about our decision of adopting her. We prayed about it, and the next morning my devotional was about facing the impossible.” Cristiane’s devotional led her to Hebrews 11:6—“And without faith it is impossible to please God, because anyone who comes to him must believe that he exists and that he rewards those who earnestly seek him” (NIV). Her faith was strengthened, and she and Marcos rejoice over their new daughter.

Cristiane Kurrle is making Jesus the subject. Jesus’ chief concerns are her chief concerns. Taking the form of prevention, Cristiane’s ministry in Paraguay proclaims, “Let the children come unto me!”

Perhaps you’d like to support Cristiane’s ministry of prevention. Through Project Link, you can do just that. Contribute online to the Paraguay Asunción Youth Outreach (42.30450) by visiting www.chogmissions.org/latin-america/. Or mail a check to Church of God Ministries, PO Box 2420, Anderson, IN 46018-2420; write Project 42.30450 in the memo line to assign your gift to Paraguay Asuncion Youth Outreach. For more information, contact Erin Rockhill at 800-848-2464, ext. 2185. Learn more about CHOG TraffickLight at www.CHOGTraffickLight.org.