Trained under theological giant Gilbert Stafford at the Anderson University School of Theology and Christian Ministry, Nathan Leasure was certainly blessed with early-career exposure to solid theology and profound wisdom. His experience in the Movement stretches farther back, though, having grown up in the household of a Church of God pastor. For the past seven-and-a-half years he’s led the dynamic Greeneville First Church of God in the hills of eastern Tennessee, though he’s served as a vocational minister longer. A closer look at the leader slated to take the stage at Convention 2023 and General Assembly (June 22–25) reveals a man vigorously committed to the cause of Christ, energized by the potency of timeless truth to transform both the individual and culture, and deeply desiring to see the Church of God movement thrive.

Like many preacher’s kids, missionary kids, or any child raised in a Church of God home and congregation, the option to depart as an adult was a choice Nathan Leasure could have taken. But his faith was grounded at an early age, so he wasn’t about to leave that behind. Other church groups may have certain appeal, too, but the Church of God is Pastor Nathan’s family.

“The Church of God is my birth tribe, so to speak,” he reflects. “My father was a Church of God pastor, so I was raised and trained within the Church of God…. These are my people and, while persons may not always agree with their tribe, it is still where their heart resides. It is my deep desire to see my tribe prosper spiritually and be able to be impactful in the larger body of Christ. Having said that, I am also in agreement with our historical doctrinal positions on all the major issues, and appreciate our collective history and journey.” 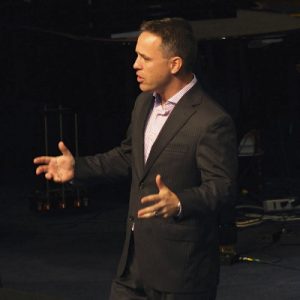 Greeneville First Church of God isn’t his first pastorate but it has proved to be tremendously consequential in Nathan’s own life and that of his congregation—not to mention the many who follow his preaching ministry online. Greeneville First Church of God is the largest congregation of the Movement in the Volunteer State, and it has certainly had an impact at home and abroad. Not unlike other churches, Greeneville First has had its fair share of challenges to overcome but, with God’s help, the robust body of believers has signaled more-than-conqueror status.

“I think we have been effective at navigating in the current national and religious climate, one that is challenging, to say the least,” Pastor Nathan reflects. “We are theologically conservative but contemporary in many ways. We are holiness but very evangelistic. We believe in sanctification but currently host the largest Celebrate Recovery in east Tennessee. It seems that we have been able, to this point, to hold to many traditions that are valuable to us, like Sunday school, altar calls, a sense of freedom in our worship, and doctrinal preaching, while making the needed adjustments that allow us to feel like a relevant, 21st-century church. I am excited to see the diversity in the people that are coming to call our congregation their church home. I think these are the things that excite me because they are on my mind on a daily basis, as I man the wheel.”

Knowing Nathan on a personal level isn’t required to know that Nathan is a powerhouse preacher. Expounding upon the Scriptures is a favorite aspect of ministry for the Greeneville pastor, who recognizes the power the Word of God wields to “pierce even to the dividing of soul and spirit,” and truly transform lives with timeless truth.

“I believe that preaching is the most important thing I do on a weekly basis,” Nathan explains. “It is the primary way that people are taught about God, Christian beliefs, and encouraged to make and keep their commitments to God. It is also the primary way that I lead in terms of communicating a vision for the congregation. I think preaching has been devalued in some ways, but there is a trend towards stronger, demonstrative preaching that is emerging in the church at-large.” 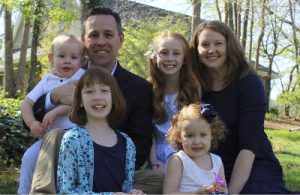 Pastor Nathan and his family.

In anticipation of Tampa, Nathan prays his message would be beneficial to God’s will for the event and all who attend.

“I would hope that I might give encouragement, primarily to the ministry, as we pastor in perhaps the most difficult time in America,” Nathan says. “Church attendance has fallen 60 to 70 percent over the last generation, which is the largest recession in the history of our nation concerning engagement with the church. It’s a very hard time to build a church for many pastors as the macro-issues happening in our culture can seem overwhelming.”

Nathan Leasure looks forward to the global nature of Convention 2023 and General Assembly, too, and appreciates the opportunity to fellowship and worship together in unity.

“I look forward to connecting with the tribe and seeing people I haven’t seen for many years,” he adds. “I also look forward to engaging in corporate worship in the presence of our Savior, animated by the Spirit.”

“He’s got the whole world in his hands.” What an encouraging reality! Be inspired by it, be challenged by it, and experience it firsthand at Convention 2023 and General Assembly, June 22–25 in Tampa, Florida. Learn more and register at www.chogconvention.org. Hurry—early-bird registration ends January 31! 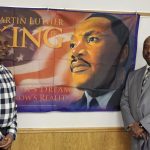 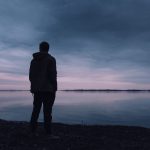