By chogministries
Posted April 16, 2021
In All Church of God, CHOG, Southeast
Prayer: More than Wishful Thinking2021-04-162021-04-21https://www.jesusisthesubject.org/wp-content/uploads/2016/07/ChogLogo-Light.svgChurch of God Ministrieshttps://www.jesusisthesubject.org/wp-content/uploads/2021/04/kendall_miami_prayer_surround_adj.jpg200px200px

Kendall Community Church of God in Miami, Florida, and Pastor Joel Adjei approach ministry from a different perspective than most. But that has to do with the vision that he has for the church that he grew up in, and the understanding that he has of a biblical approach to effectiveness in ministry through the Word and through prayer.

“People sometimes get the idea that, ‘I’ll come back to church if you have those services like we used to have back in the day,’ and they don’t have any understanding that those things were done because of tradition, they have no place or basis in ministry by the Word of God.” 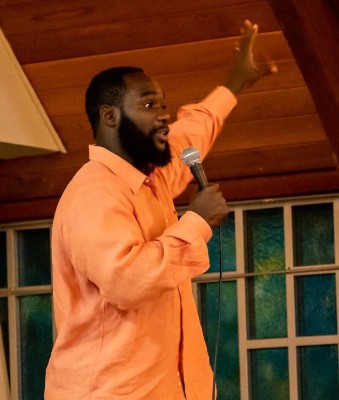 Speaking with Pastor Joel, you come to the realization quite quickly that this is no ordinary ministry led by just an ordinary minister. The passion, fire, and fervor that with which he speaks about his church helps you realize that everything that is done is bathed in prayer. “In all things, Jesus has to be the subject,” he reflects.

The church has been in the community of Miami for nearly eighty-five years, was well-established in the community, but over time the 1,000-seat sanctuary no longer filled, but dwindled to less than 10 percent of capacity when Pastor Joel arrived to pastor the church. “There was a lot of hurt and pain in this church when God gave me the privilege to come back to the church I grew up in, and we bathe everything in prayer. Tonight (Tuesday) we will have about twenty-five people physically present for prayer here in the sanctuary and another twenty-five online. Now, that’s with an attendance of 185 to 195 during a pandemic, so that amounts to a quarter of the congregation participating in prayer ministry at all times.”

When Pastor Joel arrived, most of the members were over sixty years of age. He has not purposely sought young people but, because of his personal knowledge and growing up in the area, many younger people have come to the church. He personally takes time during Bible study to allow people to ask questions and engage in dialogue so that believers can become disciples.

Lord, Teach Us to Pray

Pastor Joel knows prayer is vital in the local church. Many pastors and churches would agree. But did you know there is much that is misunderstood, even in churches today, about the necessity, place, attitude, and power of prayer?

There are several problems that can make prayers ineffective, displeasing to God, or in error. We not only need to pray, but we need to be sure that we pray in the way that communicates that we are bringing our requests before the One of whom it has been said, “None greater can be conceived.” 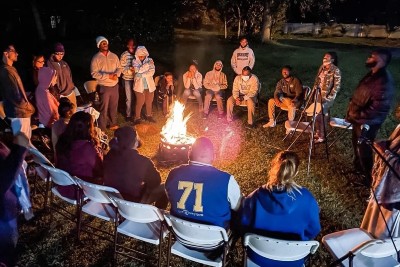 Kendall Community Church gathering for prayer around the campfire.

In point of fact, this is the issue that many people have that makes their prayers ineffective. Because we live in a representative Republic, we are not used to addressing anyone who is of a royal background. Additionally, Americans are almost purposely disinclined to address anyone by their title, honorific, or authority because we believe everything should be governed by democratic principles. So many approach and address God with an inappropriately casual attitude, as if the Lord of the Universe was their next-door neighbor.

But this attitude may be exactly what is keeping your prayers from being heard or acted upon. John 9:31 tells us, “We know that God does not listen to sinners, but if anyone is a worshiper of God and does his will, God listens to him” (ESV). Therefore, unconfessed sin, an unrepentant attitude towards someone or harboring sin in your heart may keep you from having your prayers heard.

In the second part of this story, expect more from Pastor Adjei and the how and why of prayer. Stay tuned.

Don’t forget: the National Day of Prayer in the United States is observed on Thursday, May 6, 2021! Plan now to participate and find resources at www.nationaldayofprayer.org. 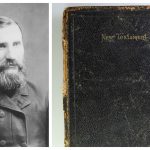 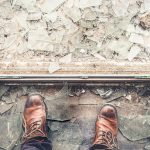