By chogministries
Posted October 7, 2013
In All Church of God, Global Strategy
Prayer Cranes Full of Hope2013-10-072013-10-07https://www.jesusisthesubject.org/wp-content/uploads/2016/07/ChogLogo-Light.svgChurch of God Ministrieshttps://www.jesusisthesubject.org/wp-content/uploads/2016/07/ChogLogo-Light.svg200px200px 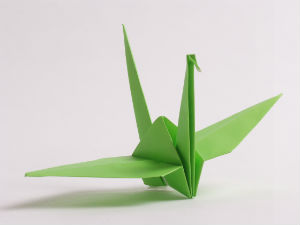 In March of 2013, Lisa Ellison was departing for Japan, where she would begin service as a missionary with Global Missions and Church of God Ministries. As she checked her luggage, her mind was on the hundreds of stowaways she had brought along for the ride. Her stowaways—over eight hundred origami cranes—were moving to Japan with her.

Two years before leaving for Japan, a zeal for the culture there and a desire to pray for others led her to organize a ministry called Prayer Cranes Full of Hope. She initially began folding cranes as a way to intercede for coworkers in the United States one Christmas. Before folding them, Lisa took the time to handwrite a personal prayer in each crane, a personal tradition that continues to this day.

The crane is sacred in Japan. Legend says they live for one thousand years. These delicate origami cranes represent a wish for longevity. Lisa explains further, “Often when someone experiences serious illness such as cancer or a tragedy of some kind, family and friends will fold one thousand cranes as a gift and hope for healing.” One thousand cranes can also be a show of support for 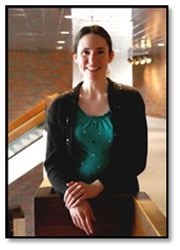 someone who is reaching for a big goal. “The Japanese believe if you receive ‘the gift of a thousand cranes,’ your prayers will be answered.”

In March of 2011, a devastating tsunami struck a huge stretch of the northeast coast of Japan. Lisa remembers that day vividly. “Even though I didn’t lose anyone I knew, I was heartbroken.” Lisa prayed and asked God how she might help. “I started folding cranes as a way of handing this tragedy back to God.” It was then that she was given a vision. “If God could answer one prayer, what could he do with ten thousand prayers?” “I began sharing the idea of ten thousand cranes, and out of that came crane folding parties,” recalls Lisa.

People who fold cranes for this ministry still place something personal inside. “Every crane has a handwritten prayer inside. Sometimes small children help, asking adults to write for them or drawing a picture as their prayer.” Lisa remembers one child’s very personal message that was included on God’s behalf. It read simply, “I know you.”

Lisa is so grateful to finally be living in the country that has been her life’s passion. “If you know me, it doesn’t take long to figure out that I love Japan; I always have,” Lisa says. “I was surprised—even though I shouldn’t have been—that this was God’s call for me. The dominos fell perfectly into place.”

After arriving in the land of the rising sun just two years after the tsunami, she told missionary Bernie Barton about Prayer Cranes Full of Hope. She shared with him her desire to begin delivering these gifts in person to people in northern Japan. Bernie was completely supportive, and the first one thousand cranes were delivered in May of last year.

“Less than one percent of the population is Christian in Japan,” Lisa states. “When we present the cranes, the people hang them immediately. They understand the meaning in their culture, but when we tell them we’ve written a personal prayer inside each one, they are stunned!”

Prayer Cranes of Hope continues to thrive. “It spreads by word of mouth,” Lisa says excitedly.

She recalls how she was able to share the testimony of the cranes with a girl from one of her English classes. “I was folding prayer cranes. I explained to her what they were for. Once she understood, she was so excited. We folded cranes together for an hour and a half! We laughed and had a lot of fun.”

But the story doesn’t end there. “One Japanese pastor working near the Dai ichi nuclear plant shared, that what the people of northern Japan fear most is being forgotten. We want them to know they are not forgotten. They are not alone. We love them, and God loves them.”