By chogministries
Posted February 16, 2015
In All Church of God
Pornography: A Personal Connection with Sex Trafficking2015-02-162015-02-16https://www.jesusisthesubject.org/wp-content/uploads/2016/07/ChogLogo-Light.svgChurch of God Ministrieshttps://www.jesusisthesubject.org/wp-content/uploads/2016/07/ChogLogo-Light.svg200px200px 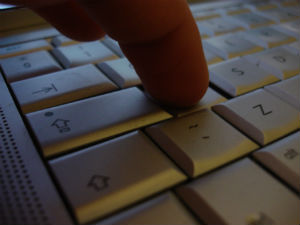 By Jessica and Jeremy Zerkle

My husband and I were first made aware of the reality of human trafficking in 2009 while we were both in the middle of graduate studies in Wilmore, Kentucky. Our introduction came through Not for Sale, an organization devoted to combating human trafficking. Through research, interviews, books, and conferences, we learned countless stories of peoples’ lives affected by human trafficking on a global scale and, in particular, by sex trafficking. The feeling we had was likely the same feeling many of you have experienced as a result of hearing similar statistics and stories—“What can I do? What should I do?”

It reminded us of the time when we were packing up to move from Wilmore, to Danville, Illinois. One room in particular had become the “collection” room. On the day we set aside to tackle the packing of that room, Jeremy stood in the middle of it feeling overwhelmed and paralyzed about whereto even begin. Where do you begin with tackling such an overwhelming task? The same question can be asked as we examine the much greater and more significant issue of human trafficking.

For us, one response was much closer to home than we realized. Pornography.

Pornography can be a bit of an awkward topic, can’t it? Anytime that word is mentioned, we often feel uncomfortable because, the truth of the matter is, a lot of us either have consumed it, or have been directly affected by a loved one’s involvement with it. It’s a part of our story. As individuals. And, in our marriage. Thankfully, by the power of the Holy Spirit at work within us, ongoing accountability relationships, and counseling, we are at a place where we can talk about personal pornography use as part of our past story, and not our present. Yet, our fight for purity continues.

In part of our healing journey, we certainly saw and grieved the spiritual and personal consequences of our sin. Our relationship with one another suffered. But it was not until we were confronted with the reality of human trafficking that we realized that our sin had further consequences beyond our marriage. 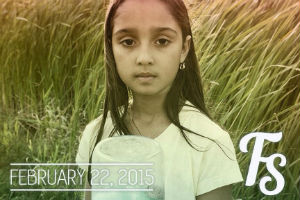 The church has somewhat confronted pornography use and its negative effects upon personal and relational purity. There is certainly more conversations to be had in this area. However, the link between pornography and sex trafficking is something that has not been addressed with much attention to date. The fact remains that the supply for sex trafficking is fueled by the demand for pornography.¹

So, as believers, are we willing to intentionally pursue personal and relational purity which defends the vulnerable and oppressed caught up in sexual exploitation?

“Create in me a pure heart, O God, and renew a steadfast spirit within me….my sacrifice, O God, is a broken spirit; a broken and contrite heart you, God, will not despise.”—Psalm 51:10, 17 NIV

Jeremy and Jessica Zerkle live in Danville, Illinois, where Jeremy serves as the lead pastor of Community Church of God. Jessica serves as the executive director of Global Bazaar, Inc.