Fremont, California. Anderson, Indiana. Orlando, Florida. While the theme, scope, and programmatic elements of the 2022 Regional Conferences of the Church of God have remained largely the same, the subtle differences between each one aren’t limited to location. Though familiar faces have graced the platform from stage to stage, some speakers could only be heard at one of the three gatherings. The fast-approaching third-and-final Regional Conference—altogether wrapped up in the exhilarating packaging of the Church of God Women’s Convention—also offers a voice exclusive to the Orlando experience. This October, beloved pastor and orator Horace Sheppard is poised to preach, and the Church of God longs to listen.

For much of the Movement, Horace Sheppard is a household name; the heritage of the great Horace Sheppard Sr. is rich with dynamism from the pulpit, broad influence among pastors, and proven leadership. Horace Sheppard Jr. never intended to follow in such giant footsteps, but as the forty-one-year minister in the Church of God today will tell, there’s no escaping the clear call of the Divine.

“Growing up in the Church of God, I shunned and feared the ministry,” Horace Sheppard Jr. admits. “As my father’s namesake, and from my childhood, I was constantly asked, ‘Are you going to be a preacher/pastor like your daddy?’ It came to be a question I dreaded.” 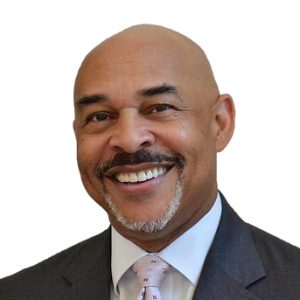 With age and spiritual maturity, however, the son of the late, legendary leader would embrace his own God-given leadership abilities. He recognized the anointing on his father and admired what he witnessed: a fervent dedication to the Lord and skillful shepherding of the flock, each Christlike characteristics worth emulating.

“[But] I feared I could not live up to the demand and discipline of ministry,” Horace remembers. “I do not possess the formal training of many of my colleagues. However, I also, without apology, am confident that I learned and was trained by one of the best pastors and preachers that ever graced the earth.”

Reflecting on the legacy passed down from his father, Horace Jr. wells up with gratitude.

“My father lived and left great lessons before me,” he explains. “After these years of pastoring, I am still challenged to have a passion for truth, a love for the church, a sacrificial love and care for the congregation, and a consuming desire for God.”

Since 1998, Horace Sheppard Jr. has pastored what has become known as Bethesda Christian Fellowship Church of God in Philadelphia, Pennsylvania. He and his wife Linda are the parents of three sons and one daughter, and the grandparents of twelve grandchildren and one great grandchild. Family matters tremendously to Horace and Linda, a source of great joy and delight. But another family also matters to Horace Sheppard, and that is the Church of God.

“The Church of God is the only church home I know, and for that I am grateful,” he reflects. “While I am sure there are countless other believers who would say the same of their respective church denominations and affiliations, I feel blessed to be a part of this portion of Christ’s church. The claim we hold to the message of holiness and unity is at the foundation of the kingdom message and ministry. We are challenged to live out this claim and not just laud it in spiritual pride. Among us there are aspects of doctrine and church life and practice in which there is disagreement; however, I am persuaded that there are enough pastors, leaders, churches, and congregants among us that endeavor to truly measure to, and live out, our basic beliefs. I believe the Church of God, as a collective body, is not exclusively, but is among, the best of God’s body in the earth today.”

The Church of God Women’s Convention is October 13–16 in Orlando, Florida. For more information about the Regional Conference experience embedded within, and to register for the whole, visit www.chogconvention.org. 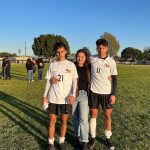 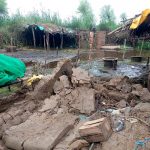