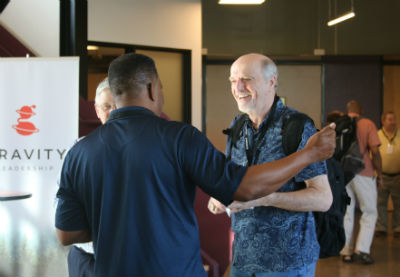 Friendships, both old and new, are a Regional Convention highlight.

Two of the five Church of God Regional Conventions 2018 are now history, but their impact is still being felt from Alaska to Alabama. Some may have flown to Arizona to escape winter’s clutch on spring, but they stayed to drink from an oasis in the desert. Others may have descended upon Oklahoma City for the fine barbecue, but they stayed because their cravings were satisfied in the life-giving teaching and fellowship. Still others attended, many as first-time guests of a Church of God convention, because this year’s variety of regional locations afforded them accessibility. Challenged to reclaim what hell has stolen, but inspired to fully embrace the Life, attendees of the first two Regional Conventions ultimately climbed in cars or boarded airplanes to return home, ready and resourced to change the world in Jesus’ name.

Unique to each event were the host pastor’s messages and the electives offered by the churches. Allan Fuller’s sermon and the electives offered by the Mountain Park leadership offered practical tools for ministry based on the tremendous successes they’ve had in Phoenix. Marty Grubbs delivered a powerful sermon in Oklahoma, complete with key insights he’s gained as the shepherd of the largest Church of God congregation in the country. Crossings Community Church also made elective courses available, giving guests a clearer picture of the strategies behind the excellence which proceeds from the congregation. Only one thing matched the quality of the programming unique to the hosts congregations of the first two Regionals: the hospitality they both demonstrated. Thank you, Mountain Park and Crossings Community! 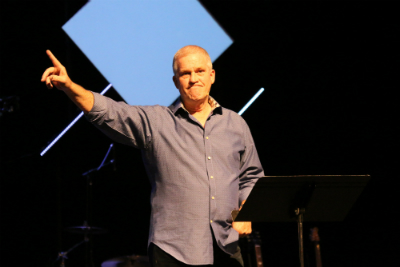 Unique to both conventions was the regional guest speaker, Don Wilson. The former pastor of the 28,000-person Christ’s Church of the Valley in Phoenix, Arizona, also had a few things to say—things which he’s certainly earned the right to say. He didn’t come to the church after it had grown to the size it is today; he founded the church in 1982. So, when he rose to the platform in both Phoenix and Oklahoma City, he pulled no punches. At times his words stung a bit, but his Jesus-centered points were exactly what we needed to hear. “The longer you’re at your church,” he insisted, “the more it will turn inward. We must prioritize reaching the lost!”

That sounded pretty good to our ears and prompted a few Amens. But then he said, “We want God’s kingdom to advance so far as it doesn’t threaten our own kingdoms.” Ouch. And, “We spend all our time trying to keep saved people saved that we forget to reach out to those far from God.” Truth hurts, but it gives us the chance to grow. 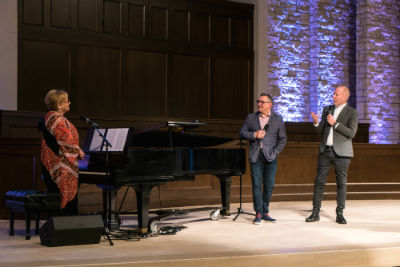 To one degree or another, it was the same with the other speakers. Jeff Whye’s hard-hitting discussion of racial reconciliation, Jo Anne Lyon’s focus on holy boldness in the face of worldwide adversity, and Jim Lyon’s compelling visionary discourse each challenged the status quo and “comfortable” Christianity. You’ve got to hear what God has laid on their hearts! And you can: register now for one of the three remaining Regional Conventions at www.chogconvention.org.

Through interactive discussion with the gathered saints, featuring question-and-answer times during several of the sessions, the Church of God was welcomed to engage with the variety of topics at hand. Introspective, challenging moments turned into inspirational moments, as testimonies of God at work in the Church of God and beyond were shared from the pulpit, on the screen, at the exhibits, and around the dinner table. Many also responded with anticipation when Jim Lyon announced the opening of registration for the 2019 Church of God Convention (June 27–30, 2019) in Orlando, Florida, which will feature award-winning Christian recording artist Natalie Grant. 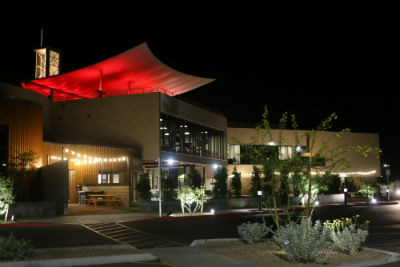 In Phoenix and Oklahoma City, friends reunited with friends. Worship services were uplifting, and Sandi Patty’s voice was way up in the rafters. Key meetings took place where business was eclipsed by ministry and celebration. Jim Lyon’s annual Town Hall meeting was both informative and encouraging; Paul McAllister’s Town Hall on race and reconciliation demonstrated progress and next steps on an important front for the Church of God. Ben Hardman’s discipleship training was a favorite for many pastors.

A pinnacle of the Oklahoma event was the commissioning of Sarah Hunnicutt, Global Strategy missionary to Honduras. She was sent out in the name of Jesus Christ. Those who attended either of the first two Regional Conventions of the Church of God—they, too, were sent. We’ve embraced life. Now we must give life!