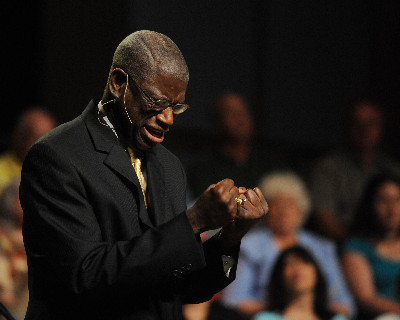 Milton Grannum telling his story at Church of God Convention 2009.

Because of his commitment to Jesus Christ, Milton Grannum’s family kicked him out of their house when he was only fourteen years old. Adding insult to injury, they tossed his school books out the door and told him he should go live at the church. The words of the psalmist brought comfort to young Milton: “For my father and my mother have forsaken me, but the LORD will take me in” (Psalm 27:10 ESV). Stuffing all his belongings in a pillow case, Milton left, unsure of what he might face. Still, Milton Grannum found resolve in the words of a song: “Whether I live or die, whether I wake or sleep, I am the Lord’s, I know.”

Long before he and his wife became the founding pastors of the thriving New Covenant Church of God in Philadelphia, Pennsylvania, Milton Grannum was a Roman Catholic schoolboy in Guyana (known as British Guiana at the time). As Providence would have it, Church of God missionaries Herman and Lavera Smith hosted the first-ever vacation Bible school in the country and Grannum’s curiosity led him to attend. Intrigued by the message of the Church of God, and won over by the love of the Smiths and later missionaries like Don and Betty Jo Johnson, Milton Grannum consecrated his life to the Lord and to the spread of the gospel. Milton was overjoyed with his newfound faith, which propelled him to organize a group of peers to minister on the streets, in hospitals, and nursing homes. But not everyone was overjoyed, particularly his parents and instructors.

When the prospects for the homeless boy were grim, God was working all things together for good. Milton Grannum found his way to the home of his Sunday school teacher, who connected him once again to Herman and Lavera Smith, who loved to call young Milton their “helper.” They let him stay with them for a while until Herman found, and paid the rent for, a house for Milton. In exchange, Milton completed a variety of chores for the Smiths. At the conclusion of the Smiths’ missionary service in Guyana, they arranged for the new missionaries to care for Grannum until he was eighteen. At that age, he would leave for Bible college in Trinidad. 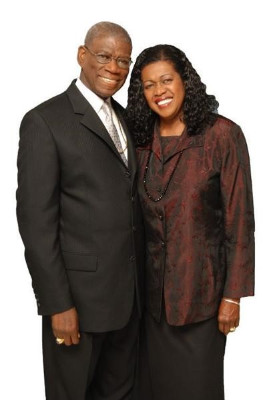 In 1982, Milton and his wife Hyacinth founded New Covenant Church. When the building became too small to accommodate the growing congregation, they purchased a college campus that had since closed. The acquisition of this present church campus is a miraculous story in itself, replete with prayer, possibilities, and again, the hand of Providence.

Since then, Milton has authored several books, preached at numerous Church of God conventions and camp meetings, served on the planning committee for the Global Gathering in 2013, and hosted the Church of God Regional Convention in 2016—among numerous other involvements. His story, which seemed to have little to no hope at the outset, proved God faithful and true. Like the wedding at Cana told in the second chapter of the gospel of John, Jesus still turns bitter water to fine wine. This year that concept is the title of Milton Grannum’s latest book, his first published account of this deeply personal story of pain, redemption, and triumph, which has become legendary in the Church of God over the many times it has been told and retold. 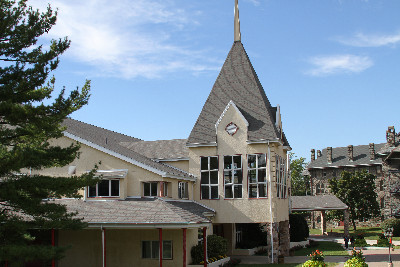 “I’ve shared it a number of places and times,” Milton explains. “But I felt I needed to leave a written record of the journey. The title—regardless of your bitter experiences—it’s all up to you how you will handle them. Too often, someone’s song is ‘Nobody knows the trouble I’ve seen…’ when it could be how instead we use our trouble for our betterment and development.”

Woven into his personal tale, Milton emphasizes the vitality of giving God full control, as well as offering God thanksgiving for the bad things. The latter has already proven an attention-grabber. “There are two dimensions of thanksgiving,” he explains. “One is thanking God in everything, as the Bible says (1 Thessalonians 5:18). But the other is thanking God for everything, and that’s harder. We need to recognize that God is at work in everything. When we pray, we pray for God’s blessings and I think we sometimes have the idea that God is a Santa Claus with a big bag of blessings. But God has a singular process of teaching, training, and tribulation. He allows these things to come into our lives as the methodology for training and developing us.” 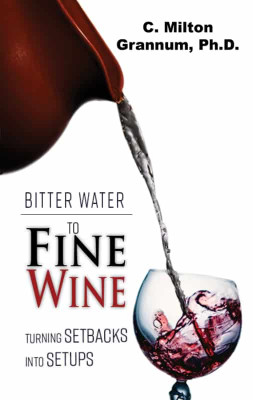 In the book, Milton Grannum expounds on this concept by discussing his relationship with his mother. In an emotionally gripping reflection, Milton tells of how he came to the point of being thankful that his mother gave him “hell.” He says, “The pain, the suffering, the homelessness, and so forth, helped me to understand life. Rather than dwelling on them, praise God he used those experiences as a ladder from God to climb up and out!”

Milton Grannum’s story has been written, but God continues to write a story of his own. Even as the baton has been passed to Bob Oliver to serve as executive pastor, Milton Grannum’s fifty-six years of pastoring has placed him in a new role, on-campus, comprised heavily of leadership development. The Grannums are excited to see how the Lord uses Pastor Bob Oliver in the next chapter of New Covenant Church.

Order your copy of Bitter Water to Fine Wine: Turning Setbacks into Setups on Amazon at https://www.amazon.com/Bitter-Water-Fine-Wine-Setbacks-ebook/dp/B07TBPD6SZ/. Learn more about the Church of God at www.JesusIsTheSubject.org.