By chogministries
Posted October 20, 2020
In All Church of God, CHOG, Great Lakes
Pennway’s Playground an Investment in Children, Families2020-10-202020-11-04https://www.jesusisthesubject.org/wp-content/uploads/2016/07/ChogLogo-Light.svgChurch of God Ministrieshttps://www.jesusisthesubject.org/wp-content/uploads/2020/10/pennway_chog_lansingmi_playground_finished_adj.jpg200px200px

In a season of unknown and often unpleasant news, it’s refreshing to focus on how God is providing for communities across the country. Pastor John Davey and his congregation at Pennway Church of God in Lansing, Michigan, have recently finished construction of a new community playground. Pastor Davey says that they “have always had a vision to help children know and grow closer to Jesus.” The new playground would prove to be the perfect opportunity to keep that vision thriving.

Pennway Church of God had a small wooden “ship” play structure for many years, but after exposure to the elements, the ship was in desperate need of repair. Following much discussion, the logical step was to be to build a new playground.

A new playground sounded good, but came with one big hurdle: where would the money come from? Pastor Davey says that the church had great volunteer help from someone who had previous experience raising funds. “We did not want to go back to the congregation for extra giving since we have been asking a lot from them already, so we made this a ‘memorial’ playground. We used memorial money to help support the project and we had some people give money in memory or in honor of someone.” 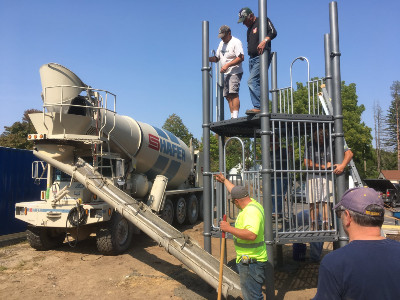 Though the church was eager to start building, they were committed to wait until all the funds were raised.

This funding process took over a year to complete, but they were faithful in their giving; they knew God would provide for the playground. And he certainly did provide. Once fully-funded, the playground was up in the blink of an eye. “The project was set to take three days to build, but we had such great support by our volunteers that we completed it in only two days!” Pastor Davey explains. They were blessed with more than fifteen volunteers a day from their community.

Now that this community playground is complete, Pastor Davey says that it is already being utilized well by their community. “Our church families now have a safe place to take their kids to play,” he adds. “…We have two homeschool associations that use our facility on Mondays, and they, too, are excited about the new playground. We have Baby Café, a lactation support group for mothers and babies run by the community that meets here on Wednesdays.”

At first glance, it seems the playground took longer to complete than one might prefer, but Pastor Davey puts it well: “We were patient and God provided.”

God provides. He will always provide. Sometimes we must simply be patient. 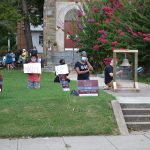 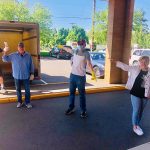 Vital in Vancouver: Church Proves Essential to Community in CrisisAll Church of God, Change the Story, CHOG, Give Life, The Way, Western