By chogministries
Posted September 11, 2013
In All Church of God
Paul Maxfield Completes Tenth Year at Children of Promise, Envisions Next Ten2013-09-112013-09-11https://www.jesusisthesubject.org/wp-content/uploads/2016/07/ChogLogo-Light.svgChurch of God Ministrieshttps://www.jesusisthesubject.org/wp-content/uploads/2016/07/ChogLogo-Light.svg200px200px 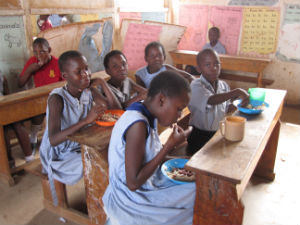 Sponsorships have doubled since 2003. Countries of direct impact have jumped from just fourteen to twenty-seven. Two global conferences have brought together its leaders for training, encouragement, and support. In August 2003, Paul and Brenda Maxfield embarked on a journey that would forever change not only thousands of children’s lives but also their own. Ten years later, Paul Maxfield, executive director of Children of Promise, finds himself deeply thankful for the God-given opportunity to continually offer tangible expressions of the love of Christ to children around the world.

The child sponsorship ministry, which was founded in 1992 by Sidney and Jean Johnson, then missionaries to Southeast Asia, currently ministers to a total of 4,400 children. Through the visionary leadership of the Johnsons, a foundation of excellence in ministry was laid. Ten years ago, Paul and Brenda Maxfield, who were serving as missionaries to Costa Rica at the time, were select 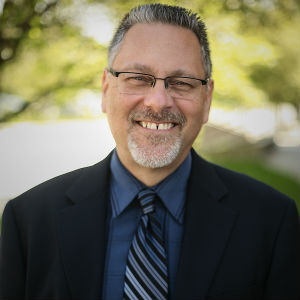 ed to build upon that foundation. By the grace of God, build upon it they certainly have.

It’s easy to look only at the numbers and affirm God’s work through Children of Promise, but these numbers represent stories of real impact on real people. “Some of these children live on less than a dollar a day,” Paul explains. “Most of them live in one- or two-room dwellings where the family all sleeps together. Many would never go to school if it weren’t for their sponsor. I have seen so many hundreds and thousands of kid’s lives changed.”

Recently, Paul has rallied Children of Promise around the mission of “Rescue, Restore, and Release.” The ministry is seeing to it that children are pulled out of hopelessness, malnutrition, and disease, and transformed into adults who can make a difference in the world. “We’ve seen children grow up through this program and become leaders, both in their communities and churches. We have pastors, doctor 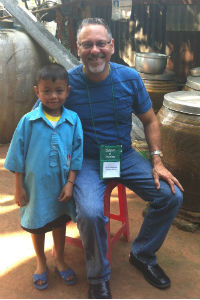 As the Church of God looks for more and more ways to live out the Great Commission and the Great Commandment, many are discovering the life-changing effects of reaching out to children. While larger child sponsorship organizations may dominate the airwaves and the Christian concert scene, this affiliated ministry of the Church of God sticks out in at least one significant way: On the ground, around the world, children are linked not to the organization but to a nearby congregation. This child-to-local church relationship offers churches the opportunity to directly influence, nurture, and disciple the child into adulthood and beyond.

Looking back over the past ten years, Paul personally witnesses to the success of this unique format. “Every thirty-six months, we sit and talk with all 4,400 children in the program. That provides accountability on the field. I’ve sat in front of hundreds of families, and with tears on their faces, they say they just don’t understand why someone would care so deeply for their child when they don’t even know them. The only thing I can say at that point is it’s really a demonstration of God’s love for us. He loved us before we ever knew him.”

Throughout the process, Children of Promise pours love into the children. But the children aren’t the only ones coming away different than when they started. “Children have shown me across the world that they can be happy and content, and that they can have faith, without all of the modern conveniences that I think are convenient. That God for them is not tied up in whether I have everything I want. That God is deeper than that. He can give me joy and peace and hope with just the small things.”

Paul Maxfield anticipates God’s blessings on Children of Promise in the years ahead. “We are not just an organization that passes out food. We are a ministry that cares about relationships over the long haul. As I look at the next ten years, I want to see an even larger force of people, congregations, and volunteers across the globe caring for children and nurturing them to be leaders.”