By chogministries
Posted January 9, 2017
In All Church of God, Central
Pastor Robert Hendrix: A Life Reclaimed2017-01-092017-01-09https://www.jesusisthesubject.org/wp-content/uploads/2016/07/ChogLogo-Light.svgChurch of God Ministrieshttps://www.jesusisthesubject.org/wp-content/uploads/2016/07/ChogLogo-Light.svg200px200px 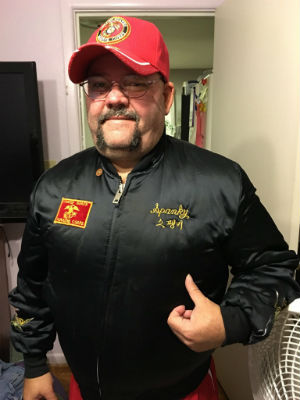 Ten minutes. Possibly fifteen. That’s how long Robert Hendrix lay lifeless following a drug overdose. And that was just the first time he died. For a season in his young life, the forces of hell substituted real peace and joy for the empty promises of sex, drugs, and alcohol. Thanks to the amazing grace of God, and the support of Church of God brothers and sisters, Pastor Robert “Spanky” Hendrix has reclaimed, and continues to reclaim, the peace and joy that hell had stolen.

Three words best describe Robert’s roller-coaster-of-a-life. Preparation is one; life experience are the other two. When he looks back over the really good times, as well as the really bad times, Robert realizes God has been preparing him for what would come next. Whether by drug overdose, or the anxiety and depression he still faces from PTSD, it’s likely Robert would not have made it to his thirtieth birthday. “If it were not for Christ already preparing me to face these ongoing battles with peace in my heart, I would not be able to maintain,” he reflects. Robert expresses his thanks to CWC for their Christ’s Birthday Observance material centering on the theme of peace. “Whether anyone in my congregation [Emerald Street Church of God, Cape Girardeau, Missouri] got anything out of it or not, I am experiencing more peace,” he explains.

Though God’s design is never for us to make choices contrary to his will, he is certainly in the business of reclaiming those poor decisions for divine purposes. “I can relate. I can understand,” Robert explains. “For example, I sat down for a counseling session with a family whose young girl is going through a lot of the things—the addictions, the mood swings, the negative mental processes—that I went through.”

The Lord is more than able to reclaim what hell has stolen from your life, your family, your church. Just ask Pastor Robert Hendrix. When asked what the lowest of the low points he ever experienced, he couldn’t pick just one. While in the military in the 1980s, Robert Hendrix was raped. The darkness only grew darker when he learned through a friend, six months after the fact, that a girl he’d gotten pregnant had chosen to abort her baby. Years earlier, he began to drift from God as he watched the negative effects of the ministry from the perspective of a pastor’s kid. Ultimately, he experienced something no Christian ever wants to know firsthand: “I drifted so far away that I no longer felt conviction, I no longer felt guilt.” Robert explains that either the Holy Spirit had fallen silent in his life or his ears were clogged from the sin and shame. But like story of the Prodigal Son, distant memories of where he needed to be drew him back. 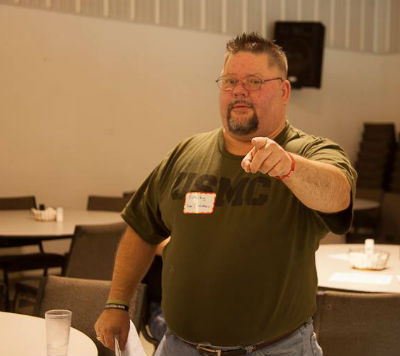 Photo: Pastor Robert Hendrix definitely has a sense of humor!

First, an audible voice rang out with the words, “I love you.” In pursuit of a girl, Robert found himself occasionally back in the pew. In spite of his ulterior motive, the Spirit began to speak to him once again. Romans 5:8 broke through Robert’s hardened heart, and he was restored. “While I was still an addict, an alcoholic, while I was still sleeping around, Christ died for me,” Robert reflects. “I couldn’t do it. I couldn’t clean myself. When I gave my heart to the Lord, I was instantly sober. Never drank again. Got off the meth and all the drugs, and never had a withdrawal. That’s unheard of!”

Don’t take Pastor Hendrix the wrong way. The road with Christ since his recovery hasn’t been without a few potholes and bumps. “I haven’t smoked in sixteen years, but when I wake up in the morning, I still catch myself looking for a cigarette. I still suffer from depression and PTSD, including recurring nightmares about the military sexual trauma—as it is labeled by the Veterans Administration. I am in counseling, too.” After a pause, Robert quips, “Of course, just being a pastor alone deserves counseling!”

Nevertheless, Pastor Hendrix wouldn’t rather walk this road with anyone other than Christ. “Together, we’ll get through the temptations,” he insists. “Together, we’ll restore friendships. And everything he’s promised, he’s done and he will do.”

Pastor Hendrix has learned enough valuable lessons over the course of his life to fill a book. But in short, he simply points to Jesus. The second time Robert died was during a Spiritual Emphasis Week while he was a student at Mid-America Christian University, pursuing his ministry degree. For up to twenty minutes, he showed no vital signs and his eyes rolled back. The doctors said he had been without oxygen so long that he wouldn’t be able to walk or talk again. But the most gripping part of the story is his contrasting accounts of the first time he died and the second.

“I don’t want to say I went to heaven or hell, but when I’d overdosed, I saw total darkness,” Robert recalls. “Hands that were outstretched turned around. I knew I was going to hell. At MACU, there was an orange-ish glow and a voice that encouraged me not to give up. The most amazing peace I’d ever had came over me.” Then his heart ruptured, his lung collapsed, and brain activity ceased. But Jesus was there, and this wasn’t the end.

After four days in a coma, and no class for at least another week, Robert caught up on his classwork and made straight As that semester. 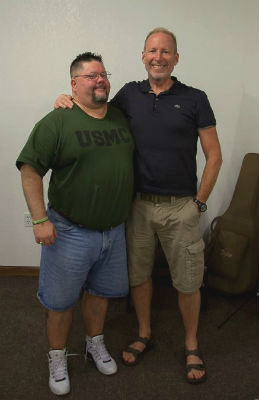 Over the years, many have come to appreciate Pastor Robert as friend and confidant. In fact, most ministers and laypeople only know him as Spanky, a nickname that stuck after a military colleague suggested he looked like the character from the Little Rascals. Long before Jim Lyon became the general director of Church of God Ministries, Robert developed a strong sense of appreciation for and friendship with the pastor from Indiana. Robert expresses nothing but gratitude for the support from Church of God Ministries, as well as Howard Megill at Missouri Ministries. “Jim and his staff take time for us small churches and genuinely care about the well-being of the pastor,” he reflects. “His leadership has put a new heart in the Church of God. The Holy Spirit is using him and his team to make our movement start moving again.”

To this day, Pastor Robert Hendrix knows he is an example of God’s ability to reclaim what hell has stolen. “A lot of times when people get saved, they’re misinformed,” he explains. “They’re told that if you turn your life to Christ, everything will be rosy. But there are still ups and downs—oftentimes, more downs than ups. But the one thing I’ve seen is that the Lord never gave up on me. Through the power of prayer, the Church of God never gave up on me, either.”