Pastor of All People: Ministries Council Secretary Called to Lead Amid Diversity

By chogministries
Posted October 31, 2017
In All Church of God, Southeast
Pastor of All People: Ministries Council Secretary Called to Lead Amid Diversity2017-10-312017-10-31https://www.jesusisthesubject.org/wp-content/uploads/2016/07/ChogLogo-Light.svgChurch of God Ministrieshttps://www.jesusisthesubject.org/wp-content/uploads/2016/07/ChogLogo-Light.svg200px200px 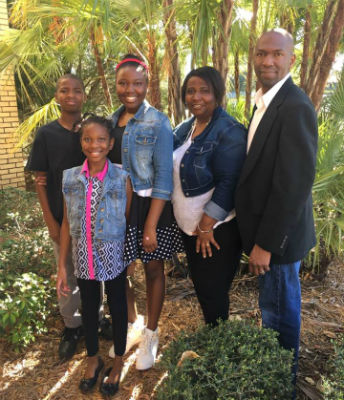 “Everybody has a different fingerprint. I just think this is my fingerprint.” At Church of God Convention 2017 in Wichita, Kansas, many were first introduced to Vincent Miller, who accepted the role of secretary for the Ministries Council earlier this year. But he isn’t new to the Movement at all. Vincent’s ministry in the Church of God has spanned several states, as has his fingerprint, as he puts it. What is his fingerprint? To pastor ethnically and culturally diverse congregations. Because Jesus is the subject, Vincent knows that diversity does not have to equal division. Because Jesus is the subject, not skin color or language, unity amid diversity can be a powerful witness to the amazing love of God. Now entering his second year as pastor of First Church of God in Tampa, Florida, Pastor Vincent Miller is more eager than ever to give witness to the love of God available in Jesus Christ.

From the time he left Mid-American Christian University (then Bible College), God led Vincent to minister in diverse settings. His first opportunity drew him to Corpus Christi, Texas, and Iglesia de Dios Christian Outreach—a predominantly Hispanic church known historically for the exemplary leadership of Gilbert Davila. Over the years, he’s served as youth pastor for a multiethnic church in San Antonio, interim pastor for difference congregations, and senior pastor for a church in Champaign, Illinois. Now he looks back at the kind of churches he’s had the privilege to serve, and is both humbled and amazed.

“I grew up in South Carolina, where there have really been some cut-and-dry racial issues that still exist today,” Vincent reflects. “But the Church of God has been known for remaining a very connected group of people, even in the hard times. We’ve been known as having unity as a multicultural body. So, I’ve really been blessed to be able to be in cross-cultural ministry in the Church of God.” 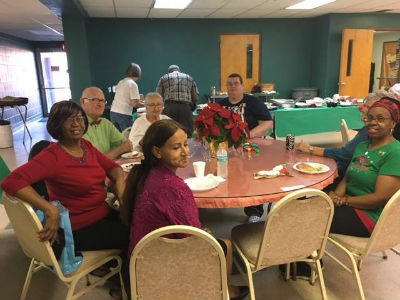 Vincent recounts a humorous moment that illustrates the fact that not everybody understands how Christians can work together across racial lines. In a congregation of all Hispanics, he and his family were the only people that were African American. “At one point,” he explains, “someone went up to the senior pastor and said, ‘Did you know that the youth pastor of your church is black?’ Vincent chuckles. Then his tone becomes more serious. “We had some rough times, though. Later on, I ended up serving in an interim senior pastor role. But God was still working: the church grew as a Hispanic church even though I was not Hispanic!”

At another location, Vincent served as the youth pastor, under the leadership of a white senior pastor, at a church where the chairman of the board was Hispanic. “That was a cool experience, too!” Vincent exclaims.

Though founded on the principles of unity and holiness, there’s much more work to be done. Vincent understands this. “I think that the Church of God can be more powerful and effective as we have better relationships with one another,” he reflects. “One of the cool things that happened to me in south Texas was that I become involved with the Hispanic Council of the Church of God. Man, their worship is phenomenal! There is something powerful when we come together and utilize the gifts for a common purpose. We have to look past our differences and see what we can gain from being one.”

Unity amid diversity is a witness that Jesus is the subject.

First Church of God in Tampa is composed of black people, white people, and Hispanics, including from Cuba, Columbia, and Puerto Rico. One woman has a background from Asia, doesn’t speak English, but accompanies her daughter to worship services. As a result of the diversity, Vincent says he feels totally comfortable inviting anyone from any cultural or ethnic background to church. He knows they’ll fit in just perfectly. And they won’t just fit in; they’ll serve, too.

There’s one thing that’s better than a diverse congregation that worships together: a diverse congregation that serves together. Among a variety of outreach ministries, including a twice-weekly clothing giveway, the church is perhaps most proud of an effort called Trinity Café. The ministry, which is partner of the church, includes volunteers from the church and is based at the church. About 125 people who are considered “food insecure” are fed restaurant style, “with dignity and respect.” Homeless people and those living in great poverty are looked right in the eye and treated like the human beings made in the image of God that they are. Pastor Vincent rejoices that every day, they have the opportunity to meet an incredible cross-section of society, all with the love of a God who sees not the outward appearance, but the heart.

And isn’t that what we’re all called to do?

In Tampa, Florida, across North America, and around the world, God is on the move in the Church of God. Join the movement. Reach our world. Donate today at give.jesusisthesubject.org.