Pastor Engages the Enemy in Adventure of a Lifetime

By chogministries
Posted October 31, 2018
In All Church of God
Pastor Engages the Enemy in Adventure of a Lifetime2018-10-312018-10-31https://www.jesusisthesubject.org/wp-content/uploads/2016/07/ChogLogo-Light.svgChurch of God Ministrieshttps://www.jesusisthesubject.org/wp-content/uploads/2016/07/ChogLogo-Light.svg200px200px 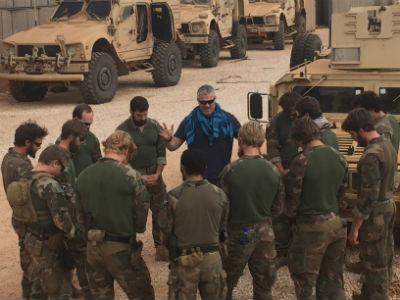 Chaplain Miller prays with a Marine Corps Special Operations Team prior to a mission in East Africa.

Calculated risk. Often used in the financial sense, Baron Miller uttered the term in the context of fear. Every time you take a drive in the car or catch a flight on an airplane, is there a chance you might not make it back? Sure, there is. But that doesn’t cancel your travel plans. When firefighters have to rush inside a burning building, or law enforcement are called to a chaotic scene, they don’t hesitate. There’s risk involved, but these community heroes trust their training and their gear to help them stand strong in the heat of the battle. The parallel to the Christian experience is inescapable; the soldier of the cross must engage the battle, must reclaim what hell has stolen. Might it get scary? Possibly. Could it get dangerous? Certainly. But at the fingertips of every believer is an arsenal of spiritual weapons and an array of training options to fully engage in the fight. Engaging the enemy—that’s what Baron Miller’s life has been about—from the halls of the Church of God he founded in Bellingham, Washington, to the shores of Guantanamo Bay.

In a recent interview with Church of God Ministries, Baron opened up about fear, family, and faith. The Church of God Navy chaplain recollected the numerous locations he and his family have been blessed to live, citing the international exposure they’ve enjoyed. Though the journey has been, by far, worth the trouble, it’s not been a walk in the park. In fact, it was his family that he thought of first when the interview turned to the topic of fear. The question was, “Did you ever feel scared?” Baron’s reply: “Yeah, yeah, I was scared. June 16, 2011, I was scared. That was the day I kissed my wife and kids goodbye for eight months. I was facing the unknown. You’re not so much afraid of dying as you are of getting hurt really, really badly. You contend that you’ll die for the Lord and go to heaven, but I also don’t want to lose my legs or be horribly burned.” 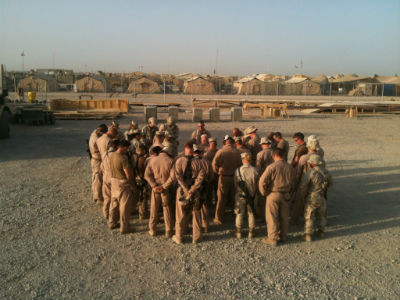 Chaplain Miller prays prior to a mission in Afghanistan.

What he did not mention first was the time in Afghanistan that he awoke to the sound of gunfire. “I was sleeping outside on the ground,” Baron recalls. “I got up, climbed on a truck to look over the berm at what was happening. You could see the tracers, and you could hear the screaming and yelling. But it was like a half-mile away, so you’re like, well, I guess I’ll go back to sleep, then.”

Baron trusted the team’s equipment. He trusted their training. He trusted his Shield and Defender. Even so, the experience offered perspective on the topic of fear. “When I was a Marine rescue swimmer,” Baron explains, “our motto was, ‘So others may live.’ What we do may be a risk, but it’s a calculated risk.” Similarly, the Navy Chaplain Corp motto is “Vocati Ad Servitium” which means “Called to Serve”—pastoral ministry in the Navy is a calling toward service.

From 1995 until 2000, pre-college, Baron Miller served in the Marine Corps. Though military service is not required for chaplaincy, it’s certainly gave Baron useful experience in working with our personnel in uniform. Exhibiting a natural bent toward helping people of all ages, he earned a degree in human services. Cornwall Church, a thriving Church of God congregation in Bellingham, Washington, hired Baron as their onsite pastor at the church’s video venue in the Roosevelt neighborhood of the city. Roosevelt Community Church ultimately became freestanding as Baron established the congregation. Even during this time, Baron sensed that God was preparing him to one day give back to the military, which had poured so much into him, as a chaplain. 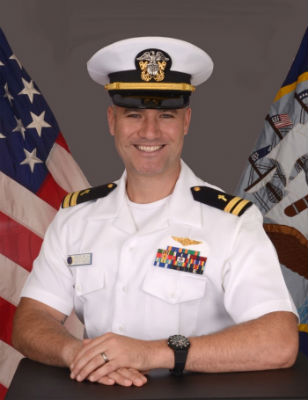 Over the course of a few years, marked by a strategically planned transition from Roosevelt and dozens of hours of credentialing and post-graduate training, Baron Miller formally donned the title Navy Chaplain in 2010. It was a blessing for Baron to be back among kindred spirits, as Navy Chaplains not only serve the Navy, but also the Marines and the Coast Guard.

When Baron was an undergrad, he took a psychology course and learned about the new language and treatments becoming available concerning post-traumatic stress disorder. Thoughts of the nation’s wounded Vietnam veterans returning to an ill-prepared people wasn’t comforting. Additionally, Baron learned that Vietnam vets were attending rape-survivor support groups because of the common degree of associated trauma. Complicating matters further, an Iraq invasion was looking likely; Baron knew the need for spiritual and emotional support was going to peak. “I thought, well, I could pastor a church that would have great veterans programs, I could get a counseling degree and work for the V.A., or I could put a uniform back on and get in the fight as a chaplain,” he explains.

As a Navy Chaplain, Baron is responsible for what are known as the “four core competencies.” These include providing Protestant Christian worship services, facilitating opportunities to worship, even for those not of his faith tradition, caring for individuals in the form of listening and counseling, and advising persons on matters of life, service, and faith. While preaching at a service on an aircraft carrier or offering marriage counsel to a military couple is part-and-parcel to the position, the extraordinary workings of the Holy Spirit in the midst of the mundane are what really put a spring in his step. Navy chaplaincy is not at all what is portrayed by Father Mulcahy on the hit show M.A.S.H.! 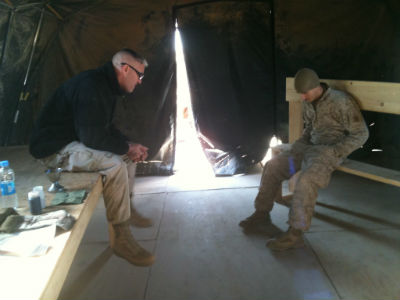 Chaplain Miller prays with a young Marine in Afghanistan.

“I think of the nineteen-year-old Lance Corporal who was the only guy on the whole FOB that came to me, scared for his life, bullets whizzing by,” Baron recounts. “I spoke into his life and we prayed together. I think of the chapel service at Guantanamo Bay, Cuba, that doubled in size over six months, where we were not only baptizing servicemen, but also Cuban political refugees seeking asylum. I think of those I’ve had the opportunity to lead to Christ, and I’ve lost track of how many I’ve baptized. I think of the worship service I provided in East Africa with a special ops team on Christmas Eve, around a bonfire, with some really tough dudes, playing guitars and having church. These things would not have happened without a chaplain there.”

The level of danger varies, but adventure awaits every chaplain. Chaplains come face-to-face with real issues confronting our men and women in uniform. These crucial servants of God may not be battling an enemy they can see, but they’re certainly battling the spiritual forces of darkness. All the while, they’re compelled by the love of Christ.

“The heart of the pastor, whether in the civilian context or military context, is that we love people—we love our neighbor as our self,” Baron reflects. “The military provides a unique setting to minister to an audience that may not think or believe like you. In the civilian pastor setting, they by-and-large come to your church on Sundays because they agree with what you say. On that aircraft carrier, there might be five chaplains for five thousand people. You’re thinking, How are we going to make the message relevant to each of them? In chaplaincy, it’s hard to get into a rut. The minute you think you’re getting into one, your tour ends and a new tour begins. Plus, if you decide to leave the local church and give us three, six, nine, or twenty years, I can guarantee you’ll come back to the local church a better pastor.” 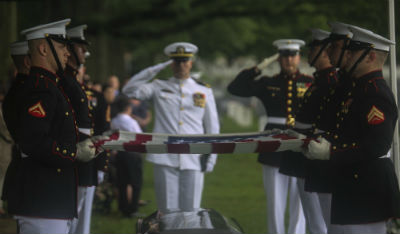 Chaplain Baron Miller has so much more to say. There’s a wealth of fascinating stories and information that Church of God ministers may find valuable. While many ministers assume they’ve been called the local church, they may not have considered the career God has for them as a chaplain, offering life-giving ministry to both service members and their families. Especially as more and more women enter the military, female chaplains are also needed now more than ever. Baron would love to have a conversation with anyone even remotely interested. Send him an e-mail at baron.c.miller@navy.mil.

Review the stories of the early church as recorded in the book of Acts. Is it not apparent that ministry is an adventure, complete with risk and daring steps of faith? Whether or not God is calling you to chaplaincy, Baron’s example reminds the Church of God to be bold, to reclaim what hell has stolen, and to give life—especially in the face of an enemy determined to steal, kill, and destroy.

Learn more about Church of God chaplain ministries at https://www.jesusisthesubject.org/chaplain-ministries/.