Many have struggled with postponements, cancellations, and loss under COVID-19 restrictions. Almost all social events have taken a back seat to the basic concerns of life. The sometimes underappreciated quality time that comes with weddings, graduations, and birthday parties has really proven itself to be a precious gift. How have families celebrated important milestones? Crosspoint Church of God in Natchez, Mississippi, may not have seventy-six trombones, but they have certainly coordinated some very special parades.

Crosspoint was planted over thirteen years ago and has been led by Pastor Marcus Archer for the last three years. Marcus is passionate about leading the church to be outward-focused. Not only does the church sponsor a missionary in the Philippines, but they are also big partners with the Church of God child-sponsorship ministry, Children of Promise. The church, as a whole, is currently sponsoring nineteen children through Children of Promise, and has taken trips to India to visit some of those children. 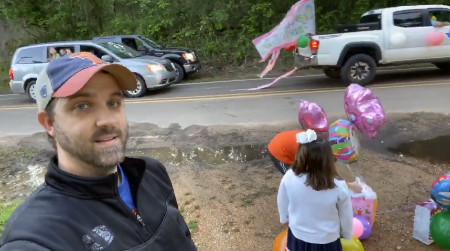 Marcus had been taking advantage of Facebook Live to minister to the congregation, but he became inspired to try something bigger after connecting with some old friends in Missouri. Marcus heard that some of their friends had driven by a child’s house in order to celebrate his birthday since the family could not have a party. The idea struck a chord with Marcus, and a plan came together that Crosspoint was going to organize birthday parades.

Not only was the congregation on board with the plan, but they decided to go all out! People decorated signs and bought balloons and attached them to the sides of their cars. Marcus’s parents bought a huge flag, attached it to a pole, and raised it out of their sunroof. By the end of May, the church had already organized five parades, and each time there have been more than a dozen cars joining the parade. For a period of ten-to-twenty minutes, the cars will loop around the neighborhood to drive by the birthday house. Everyone will honk their horns, wave hello, and some even drop off birthday gifts. The first parade was for a gentleman who turned sixty-five years old. His parade also came with a homemade cherry pie dropped off on his front porch. The second parade was for a little girl who just turned five years-old. Even though it was hard to pull it off, Marcus and the church were able to surprise Marcus’ father for his birthday. Marcus captures the joy and excitement of each parade by streaming the party live on Facebook. 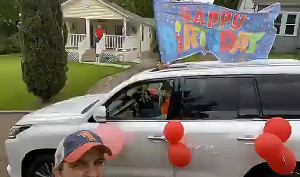 Pastor Marcus at another parade.

Even though Crosspoint made plans to begin meeting again in-person at the end of May, Marcus does not believe that the parades will end right away. They may not celebrate everyone’s birthday this way, but this ministry could turn into an opportunity to connect with people outside of the church. “It’s a great way for people to recognize that we’re not just a building we come to on Sunday, but like, we actually care about you and here’s evidence of it. We worked it out, we got together secretively, we took an hour or so out of our day. You’re not forgotten. We remember you.”

Marcus would like to encourage all churches to not let things go back to normal as soon as they can meet in person again. “Don’t drop all the stuff you’ve been doing because it has had an impact. It would be a shame to waste all the effort and all the creativity that’s come out just to go back to normal.”

Emily Kearney is an Anderson University alumna who grew up in the Dayspring Church of God (Cincinnati, Ohio). Today the former Church of God Ministries communication intern is a middle school English teacher at Cincinnati Christian Schools. Along with teaching and writing, she loves to spend time with her husband Derek. 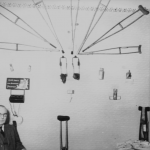 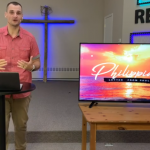