By chogministries
Posted August 2, 2012
In All Church of God
Overcoming Obstacles in Obedience2012-08-022012-08-02https://www.jesusisthesubject.org/wp-content/uploads/2016/07/ChogLogo-Light.svgChurch of God Ministrieshttps://www.jesusisthesubject.org/wp-content/uploads/2016/07/ChogLogo-Light.svg200px200px 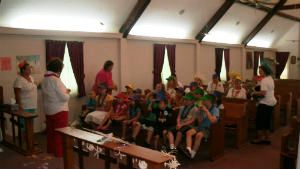 Today, it’s easy to get frustrated by the commotion of work, household issues, or even daily errands and forget that churches face their own set of struggles. Pastor James Childers of the Church of God in Coshocton, Ohio, explained in an interview how his congregation has faced and defeated obstacles with obedience and faithfulness.

For a year the Church of God lacked a pastor, the sidewalk was in poor condition, the air conditioning in the sanctuary was broken, there was no way to transport people to and from church, there was no vacation Bible school, and attendance was down. With so many troubling issues, how could the congregation go on?

Childers maintains, “We have to let go of our problems and never look back—we need to let God have his way!” Although they faced some intimidating giants, the congregation still held onto the hope that God would answer all of their prayers!

Matthew 18:20 (NIV) says, “For where two or three gather in my name, there I am with them.” In April of 2011, God answered his faithful few and sent Pastor James Childers to lead the congregation. Childers commented on how inspired he feels by his congregation: “They went a full year without a pastor but stuck together to find a leader who was God-filled. They never gave up or stopped believing that God would send someone…I just feel blessed beyond belief to pastor this church.” 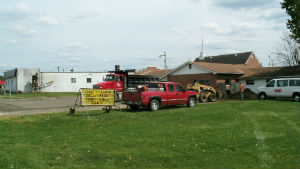 Childers mentioned that congregational support continued to take hold of the church, allowing the church to lay a brand-new sidewalk and repair the damaged air conditioner. Childers explained, “One lady spoke up and said ‘I’ll give $1,000!’ Then another person said the same, and then another! Eventually, we received $8,000 without having to take out a loan.” Together, the congregation rallied to meet their basic necessities, yet goodness also arose from the obedience of a single individual.

After discussing the possibility of acquiring a van, one woman demonstrated her faithfulness to God and her church, providing the necessary funds to support this purchase: “During one of my sermons, a woman sitting in the back pew was wrestling with God as to whether she could loan us the money. Eventually she said ‘Yes, Lord,” and gave us the loan at 2 percent interest.” It was not an easy choice, but her obedience has continued to leave a mark on people both inside and outside of the congregation. The van is now used to help transport the growing youth group to various activities, to take the church to various fellowship events, and to transport people even outside of the district to church and back.

VBS is also returning to the church after a twelve-year break. The program, which once fostered over two hundred children, eventually “fizzled out,” according to Childers, but “God has placed it on someone’s heart” to restore the program.

Attendance rates have also increased from an average of forty-five people on Sunday morning to nearly sixty, and thirty-five to forty-five people on Sunday evenings and Wednesday evenings for Bible study. Furthermore, nineteen people have rededicated their lives to Christ, and many are still in attendance. Childers attributes this increase and retention to members inviting others to church: “Members are just so excited, and now they’re sharing that joy with others!”

Looking ahead, Childers is excited to infuse the church with a younger crowd and for the revival that is scheduled to take place this October. “God has really blessed us graciously,” but greater things are still to come for the church!