Out of the Ashes: How God’s Love Changed My Life

By chogministries
Posted December 9, 2013
In All Church of God
Out of the Ashes: How God’s Love Changed My Life2013-12-092013-12-09https://www.jesusisthesubject.org/wp-content/uploads/2016/07/ChogLogo-Light.svgChurch of God Ministrieshttps://www.jesusisthesubject.org/wp-content/uploads/2016/07/ChogLogo-Light.svg200px200px 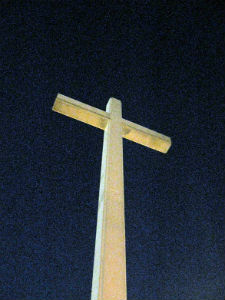 Editors note: From time to time we receive personal stories of God’s amazing love and redemption. We’d like to share this one with you.

As a child I could expect to get a whipping nearly every Sunday, though we were beaten almost daily for one reason or another. I would sit on the back porch that my father had built and cry. Sometimes my mother would come out the back door and look at me crying because I could not attend church; she would slap or hit me with whatever she had in her hand all while saying, “Shut up, I’ll give you sumthin’ to cry fo’.

Three doors down Rev. Turner had a church in his garage, and I desperately wanted to attend church. I could hear the songs that the people sang all the way down to our house. Mama said that my eldest sister was allowed to attend church because she was smarter and prettier. She said that I was stupid and would not understand what the preacher was talking about. Maybe I was slow, but I constantly asked Mama if I could attend church. Each time that I asked I would end up being beaten.

My sister would come home and tell us what happened at church. I was so intrigued. I would sit on that porch and listen to the songs from down the street. By the time I was ten, I knew every song that those church members sang.

I never could understand where God was. Most of all, after hearing people in the neighborhood talk about the love of God, I was confused. I wanted to know who God was. How do I find him? What will he think about me? Would he beat me? Would he call me names? Since Mama didn’t love us, I wondered how I might get him to love me.

I seldom went to school because Mama said that I was so stupid that I could not learn. In fact, I failed twice by the time I was ten years old. Yet in my limited knowledge I really wanted to know God. I never thought that I would find out anything about him. Ultimately it really did not matter to me who he was or where he lived, I just wanted someone’s help. I wanted to go to church, and if God was there, I would ask him to help us so that our daily beatings would somehow stop. I would ask him to love me.

God answered all of those childhood questions and many more. Today God has blessed me beyond measure. Today not only do I attend church every week, but I am the founder and pastor of Kingdom Ministries Church of God in Dayton, Ohio. Now I spend time trying to encourage young people. I have fostered thirty-five children, have had custody of and raised two granddaughters, raised one cousin, raised my four natural children, and adopted three little boys when I was fifty-seven years old, all while working full time and attending school in order to obtain a degree in religion at age sixty-four.

Today, I’m still crying about God. But now it’s for a different reason.