By chogministries
Posted May 4, 2017
In All Church of God, Central, Home Missions
Opportunities on the Home Front: Scottsbluff, Nebraska2017-05-042017-05-04https://www.jesusisthesubject.org/wp-content/uploads/2016/07/ChogLogo-Light.svgChurch of God Ministrieshttps://www.jesusisthesubject.org/wp-content/uploads/2016/07/ChogLogo-Light.svg200px200px 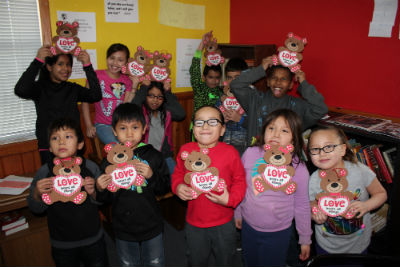 By Sherman and Kay Critser

Editor’s note—Sherman and Kay Critser serve as operations directors for Native American Ministries of the Church of God. Their base of operations is Intercultural Chapel Church of God in Scottsbluff, Nebraska. Recently they wrote about the many opportunities God has opened up for them to spread the hope of the gospel. The following are a few of their stories.

We have been at Intercultural Chapel Native American mission in Scottsbluff, Nebraska, for four years, and had never officiated a memorial service until February 2017. On a Sunday morning, a call was left on Kay’s phone, which she had left at home, by one of the Native American ladies in the chapel, to pray for her sister-in-law who had been taken to the hospital. Before we would know about this call, however, let alone the request, we received another call to say that she had died just after noon that same day.

We had not seen Roberta Hawk since she was moved from a Scottsbluff health center to another health center closer to her extended family in South Dakota, where she lived for two years before her death at the age of eighty-three. We had only two years to minister to her as one of the sheep in the small congregation.

She was a very quiet woman, gentle and unassuming. She and her mother Iva Hawk were faithful attendees of the chapel since its foundation under the leadership of Rev. Earl and Esther Bailey back in the late fifties. She was in elementary school at the time. Her mother’s faith influenced Roberta to follow Christ Jesus as well. She worked for a living in caregiving jobs.

When her mother died with whom she lived, the chapel gave Roberta the opportunity to move into the small, one-bedroom apartment behind the youth center. That is where we found her when we arrived to serve this mission. It wasn’t too long after our settling in that an incident occurred, which revealed to us that Roberta needed some supervision. She wasn’t as independent as we had assumed.

We were to leave for a trip and, as Kay packed, she kept getting an urge to go say goodbye to Roberta. But as she bustled about from one point to another to make sure everything was in order, she let that urge slip.

However, as she and Sherman were about to leave town, they recognized that they had forgotten their containers of water, so they went back to the house to get them. It was at that time again the urge that Kay felt earlier returned. This time, however, it was a bit stronger, so she took time to go through the backyard to the side door of the apartment. She knocked, but there was no response that she could hear. She tried the door, since Roberta often left her door unlocked and, sure enough, the door opened easily. It was then that she could hear Roberta’s small voice crying for help. As Kay stepped in further and looked around the kitchen corner she saw Roberta lying on the floor near her bed. She had been lying there for almost five hours before we found her. She said she had cried out as loud as she could, but the apartment is so well tucked away that it would be very hard for anyone to hear such a frail voice.

As Sherman prepared for the memorial service, one of Roberta’s nieces, who had just recently moved back to Scottsbluff after being away for twenty-one years, shared with us that her Aunt Roberta loved the hymns “Just As I Am” and “Beulah Land,” both of which she requested to be sung. The congregation, made up of many extended family who do not walk with the Lord, was asked to sing the first, and the latter was a special. Sherman took what he knew of Roberta’s life, and the testimony she had left with her family, and preached a message of victory in Christ Jesus. There was no doubt that Roberta was “at home with the Lord.” 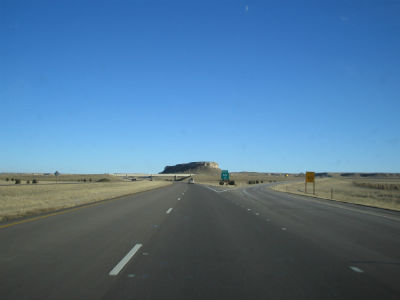 Photo: Out on the open road under the big blue sky of Nebraska (stock).

As some of you know, Sherman is a hunter. When he was given a brochure about a sportsman’s feast he jumped at the opportunity to be among others of like mind, not only in outdoor activity such as hunting, but also in a gathering of Christian men who hunt as a pastime. The brochure encouraged him to bring with him other men who had not yet met the Lord Jesus.

In the fall of last year, the Lord returned home a child of the chapel who had moved away twenty-one years before. She had come home to be near her mother since she herself had been diagnosed with Parkinson’s and other disabilities due to diabetes. She, her husband, and two teenage sons began attending Intercultural Chapel faithfully, picking up perhaps from where she left off. However, it wasn’t apparent that her family members had a relationship with Jesus Christ, though they were faithful in coming together as a family, a strong Native American trait.

Sherman chose to invite the husband and his three sons, one of whom who had lived in Scottsbluff with his grandmother during those twenty-one years but was able to visit his family periodically. The speaker for the evening feast was Larry Moyer, who testified that, though he grew up with a speech impediment, God enabled him to become a speaker for him using his love for hunting as a platform. The father and three sons who accompanied Sherman to the feast have their own disabilities due to the way they have been raised. It is our prayer that, during this one moment of time, these four will remember what Dr. Moyer shared and how God enabled him to do the impossible, so that their lives will one day soon belong to God alone through Jesus Christ.

As of January, Kay started a girl’s club with two of the elementary girls who attends Intercultural Chapel’s Saturday morning program for kids and Sunday evening class while Sherman preaches. Two weeks into our meeting after school on Friday, one of the girls invited her two relatives, who are also elementary-level. We had already started studying a book titled A Girl after God’s Own Heart.

The girls learn to bake a treat before the study, then we either play a table game or go outside for outdoor games. All four of these girls come from homes where the teachings of the Bible are not followed, so it is a challenge for them to learn about principles that are not practiced before them on a daily basis.

Kay’s prayer is that these girls will learn enough of Christ’s way to desire to know him personally in their lives.

On Saturdays, we open the youth center for kids to come play inside or outside on the parking lot for a good hour before going into the classrooms for twenty to forty-five minutes of Bible lessons. There is a lunch prepared for them before they head home by 1:00 in the afternoon.

Every Saturday is somewhat different. There are times we may have seven, and other times fourteen in attendance. There are at least six households involved, all of which could be considered dysfunctional. Most of these households are run by the grandmothers, even if the mother might be present; it is the grandmother who has taken the responsibility of raising the children. The one thing they all have in common, except for two little boys, is that they do not know their fathers.

Many of these kids come to us as blank slates when it comes to knowledge of the Bible. It’s not read in their home, and to many it is just another book. The series of lessons most recently were about loving Jesus and living for Jesus. In this day and time, we are never certain who will be present, so we teach biblical principles rather than historical content. A few of the kids attend our Sunday evening service and go to their classroom at the time of preaching. It is there that historical content is being taught, for those who will be there on Sunday evening will more likely be more long-term in their attendance at Intercultural Chapel.

We see ourselves as preparing nurseries, planting the seed, and watering, all while praying that sometime in their lives there will be a harvest of souls for the kingdom of God through Christ Jesus.

To support Native American Ministries in Scottsbluff, Nebraska, donate online at https://give.jesusisthesubject.org/default.aspx?tsid=8168&fund=188953 or mail your donation to Church of God Ministries, PO Box 2420, Anderson, IN 46018. Be sure to write Project 43.54364 on the memo line. Or, make your donation by phone at 800-848-2464. Learn more about Native American Ministries at https://www.jesusisthesubject.org/native-american-ministries/.