By chogministries
Posted July 24, 2021
In All Church of God, CHOG, Op-ed
Opinion—Women in Ministry: Slow Train Coming, but Still Coming!2021-07-242021-07-29https://www.jesusisthesubject.org/wp-content/uploads/2016/07/ChogLogo-Light.svgChurch of God Ministrieshttps://www.jesusisthesubject.org/wp-content/uploads/2021/07/womenclergy.jpg200px200px

On August 20, 1979, none other than Bob Dylan released what went on to become one of, if not the most, acclaimed albums of his entire career. The name of the album came from the fifth cut on the LP, “Slow Train Coming.” It was acclaimed an instant classic.

Some might say that the same is true for the role of women in ministry. We in the Church of God have done an exemplary job of talking about the importance of the roles of women in ministry and in leadership in the local, state, regional, national, and global works of the Church of God, yet we have had a long, slow struggle in actually living up to our own theology and declared beliefs.

When we look around the Church of God globally, we see amazing examples of God raising up, and the people of God recognizing, the calling and gifting of so many of our sisters-in-Christ. In Asia, the struggling nation of Myanmar (Burma) has been led for several decades now by the cool, calm, Christ-centered hand of Sister Dorothy Colney. When we look to Africa, we see much of the same. The Church of God in the southern African nation of Zambia continues to be superbly led by our sister-in-Christ, Mailesi Ndao.

These long-term, spiritually-gifted, God-ordained women are not isolated cases. Dorothy Colney and Mailesi Ndao are examples of what God has been doing, is doing, and wants to do through his daughters around the world, here at home, and in your life and congregation, too. 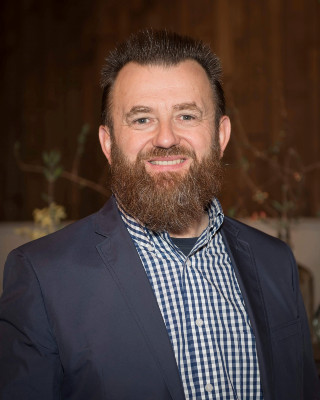 Yet many of our sisters-in-Christ who have been called, ordained, completed formal studies, and are searching for placement in ministry within the Church of God in North America so often find it very difficult to even get an acknowledgement of their résumé, a call back, or an interview. It seems that for women in ministry, while there are shining examples, it is still a slow train coming!

Do you know that in the first twenty years of the Church of God movement, from 1881 to 1900, 66 percent of the recognized ministers and evangelists of this young, fledgling movement were women? 66 percent! That’s 2 out of 3! Can you imagine?

Do you know that today in the Church of God in North America that this number is now below 10 percent; that less than 1 out of 10 of our active pastors are women?

And, while these statistics are disturbing, there is reason for hope and progress. Why? Because the hermeneutic of the Church of God has long read the promise of God in Joel 2:28–29,

This is not a new or modern interpretation of Scripture, nor is it a radical or reactionary departure from the Bible. In fact, this is exactly what Luke claims in Acts 2:16, “This is what was spoken by the prophet Joel.”

From the Day of Pentecost to today, and until the Lord Jesus returns, we live in these days, the days when God has poured out his Spirit on all people, when both daughters and sons do prophesy, and when God calls both women and men to be his Spirit-filled servants.

Yet when I was an undergraduate student all of my fellow male Bible/ministry majors received internships in local congregations, while that year’s sole female student, whose GPA was higher than most of our own, was not placed for a local church internship. The message was something like, “Perhaps the Lord has some other plan for you.”

It seems that the train has at times slowed down, yet it has never left the tracks!

For too long too many called women of God have received a similar message, “Perhaps the Lord has some other form of ministry for you other than being a pastor in the Church of God.” Those women have gone into a host of other ministries where they are accepted, such as cross-cultural and missionary service, hospital and institutional chaplaincy, and other denominational clergy roles. The Church of God has missed out on the benefits of several generations of capable pastors, who happen to be women, because of this often-unspoken bias. Yet, after 140 years, the train is still on the tracks and, in this generation, we have the opportunity to see it pick up speed.

For fourteen years I served on a large, multiple-staff church. We had 12 people who carried the role and responsibility of a pastor—either as a ministry director, associate pastor, pastor, teaching pastor, or senior pastor. Among the 12 of us, 7 were women—and our congregation was blessed by their leadership. My sisters-in-Christ who are my colleagues and peers lead, serve, care, strategize, preach, and teach in inspiring and exemplary ways.

I have seen the train move faster and can testify that it is good!

I ask you to prayerfully consider what the Scriptures teach and how God is calling both his daughters and his sons to ministry. This is an exciting season of life for the Church of God, and we will be better positioned to hear and follow our Lord’s leading as we fully embrace and empower all of his daughters and sons.

Bob Dylan’s landmark album of 1979 had as its first song, “Gotta Serve Somebody.” That title is so true. We all have to serve somebody. May it be that in and through the Church of God in this new season that our sisters-in-Christ find themselves gifted, called, equipped, ordained, and placed in ministry around the world, here at home, in our local churches, and in our lives. Indeed, it is a slow train coming, and it is coming.

Questions or comments? Steve Rennick can be reached by email at slrnco17@gmail.com. Steve serves as the state pastor for the Church of God Colorado Conference. He and his wife Rev. Diane have three grown children and just became grandparents. The couple and family continue to enjoy crossing cultures to meet new people in new places in new ways. 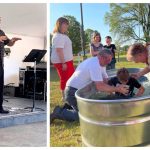 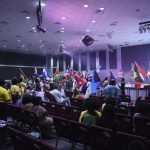 Florida Church Changing the Story of Injustice in Jesus’ NameAll Church of God, Change the Story, CHOG, Southeast, The Way