Activism and protests dominated society more than a year ago. There were calls for justice and change. Many people spoke out and were effective. The revolutionary intervention was needed to address racism and police brutality. The same spirit that ignited the fire of the Civil Rights Movement of the 1960s was rekindled and burned brightly for the world to see during the summer of 2020. That spirit supports one idea in Scripture that there is “a time to speak.”

A time to keep silent and a time to speak.” —Ecclesiastes 3:7b AMP

The opposite side of the outspoken spirit is what is called the silent majority. The concept involves a group of people that don’t express their opinions publicly. They subscribe to the idea in Scripture that there is “a time to keep silent.”

There is power in being loud and outspoken, but there is also power in being silent. Silence can be mysterious. The person who doesn’t speak in the middle of a dispute might be doing so not because they are weak, but maybe because they are observing, listening, and gaining knowledge about the situation. This person’s response is unsettling because they don’t know what the silent one is thinking or how to respond to the silence.

Understand this, my beloved brothers and sisters. Let everyone be quick to hear [be a careful, thoughtful listener], slow to speak [a speaker of carefully chosen words] and slow to anger [patient, reflective, forgiving]…” —James 1:19 AMP

James 1:19 encourages the silent to use that power to be a careful, thoughtful listener, a speaker of carefully chosen words, and to be patient and reflective. Quiet people can be dangerous. The movie The Equalizer presents a character who becomes a vigilante who protects innocent people by neutralizing enemies without saying much—a silent killer. 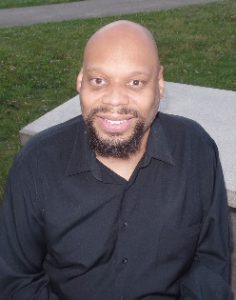 It’s great to declare and decree things in the name of Jesus, but the power of silence can confuse the enemy to the point of not knowing how to attack the silent one. The silent ones can be superheroes in a world filled with noise. Their silence is their superpower and, when used, it can offer an alternative solution to societal challenges.

So, while people speak out on issues, silent superheroes stand in the background, observe, and listen to what’s happening around them, and bring solutions with a different perspective. They are the mediators who can bring opposing sides together to talk things out. They are the counselors who let angry and depressed people vent.

We need the protestors and the marchers, but we also need the soldiers of silence so both groups can climb and conquer the mountain of confusion and chaos together. Making the world a better place for the future is the goal. Both the work of the outspoken and those who live in the shadows of silence can accomplish that goal.

Questions or comments? Contact us at chognews@chog.org. Carlin Armstead serves as editor/contributor for Empowerment, the quarterly publication of First Church of God in Columbus, Ohio. Article originally published in the Fall 2021 issue; republished by permission. Learn more about the Church of God movement at www.JesusIsTheSubject.org. 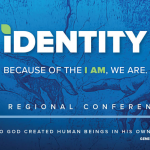 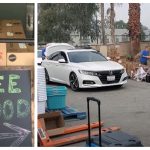