Opinion—Rethinking Drinking: If Alcohol is Deadly, Why Are We Not Discussing It?

By chogministries
Posted October 6, 2020
In All Church of God, CHOG
Opinion—Rethinking Drinking: If Alcohol is Deadly, Why Are We Not Discussing It?2020-10-062020-10-06https://www.jesusisthesubject.org/wp-content/uploads/2016/07/ChogLogo-Light.svgChurch of God Ministrieshttps://www.jesusisthesubject.org/wp-content/uploads/2020/10/alcohol_drain_canstockphoto85142115.jpg200px200px

In the late 20th century, the Commission on Social Concerns for the Church of God went on record encouraging congregations “to consider Christian responsibility related to drug abuse, particularly as it relates to alcohol.”[2] In reviewing Gospel Trumpet and Vital Christianity issues from 1892 to 1966, physicians, health experts and pastor-teachers regularly informed the church about the dangers of alcohol. However, by the mid-1960s our periodicals and pulpits became silent regarding personal and social responsibility related to alcohol consumption.

Why did the Church of God periodicals stop discussing alcohol use and abuse? Has our theology about personal and social holiness changed? Have alcohol problems decreased? Has the glamorization of alcohol, unlike tobacco, prevailed in the court of public opinion? 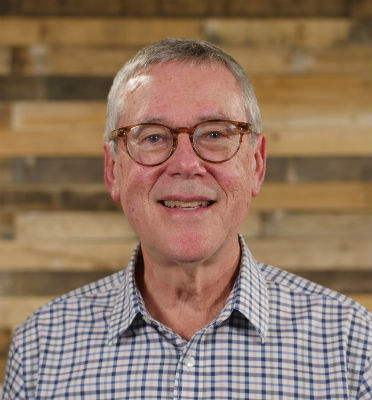 Early Church of God leaders were influenced by 19th-century reform movements. These progressive reformers rejected a “pie-in-the-sky” gospel and encouraged the church to be “salt and light” by solving human problems. For millennia alcohol had been viewed as God’s gift to bring comfort and joy; through 19th century scientific discovery, however, alcohol became known as a poison bringing discomfort and sorrow to society.

At the beginning of the 19th century, America was known as the drunkest nation in the world. In one century, though, America would go from being the most drunken nation in the world to a nation prohibiting the sale, production, importation and transportation of alcoholic beverages. Historian Martin Marty pointed out at the beginning of the 20th century one issue all Protestants could agree on was prohibition.”[3] History reminds us while Prohibition reduced alcohol consumption, it created even greater alcohol problems associated with crime.

Writing a decade after Prohibition repeal, Otto Mayer reminded Gospel Trumpet readers, “We must not overemphasize the personal-moral aspects of alcohol problems but must include the social aspects, as well…this must be done through education.”[4] For most of the 20th century through education, churches had an impact upon alcohol consumption but “by 1980 America became a nation of heavy drinkers once again.”[5]

Today more people are drinking…and people are drinking more. Alcohol is now the third leading cause of preventable deaths. In 2014, the Centers for Disease Control and Prevention issued a scathing condemnation of the damage drinking executes in the United States. Excessive alcohol use “shortened the lives of those who died by an average of 30 years. In the United States 88,000 adults die per year. The economic costs of excessive alcohol consumption were estimated at $249 billion, or $2.05 a drink.”[6] Health specialist Vernon K. Smith concludes, “The cost of alcohol use and misuse is borne by every member of society, in the form of out-of-pocket costs and in higher insurance premiums that cover the cost for car accidents, falls, and alcohol-related illnesses such as cancer.”[7]

In 2018 Time magazine, based on a global study, reported no amount of liquor, beer, or wine is good for overall health.[8] Many conclude it is time to begin rethinking drinking.

A Prophetic and Pastoral Challenge

Several years ago, I visited a very innovative congregation attracting large numbers of young adults. The pastor is well-known. He and I are different. He is a Calvinist. I am Arminian. He opposes women in ordained ministry. I support women in ordained ministry. He drinks alcohol. I do not drink alcohol. Ironically, his bestselling book had a chapter on brewing your own beer.

The morning sermon caught me by surprise. It was one of the most prophetic pastoral messages I ever heard on alcohol. He addressed binge drinking among youth, the growing “mommy-needs-wine-culture” and the rising alcohol addictions among older adults. During the sermon you could have heard a pin drop. While he and I are different, apparently on one thing we agree: “Our culture is treating alcohol like it is Coca Cola, and it ain’t Coca Cola.”[9]

Over the years I have discovered when addressing unpopular social issues there is often a deafening silence in the room. Communication requires courage. Some will be offended. However, many will be helped!

Saint Paul admonishes, “Do not get drunk on wine, which leads to debauchery. Instead be filled with the Spirit.”[10] It is time for congregations to begin rethinking drinking and offer helpful solutions for alcohol problems.”[11]

Questions or comments? Rev. Dr. David L. Sebastian can be reached by e-mail at dsebastian@anderson.edu. David is dean emeritus of Anderson University School of Theology and Christian Ministries where he served from 1995 to 2014. He graduated from Warner University, Anderson University School of Theology, and Fuller Theological Seminary. He has been a senior pastor at North Hills Church of God in Phoenix, Arizona, and Salem Church of God in Dayton, Ohio. 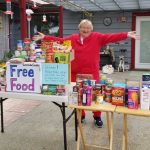 Church’s Longstanding Commitment to Outreach Unwavering During PandemicAll Church of God, Change the Story, CHOG, Give Life, The Way, Western 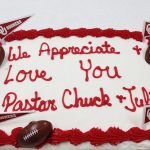