By chogministries
Posted September 2, 2020
In All Church of God, CHOG, Op-ed
Opinion: Racism—Permission to Speak Freely!2020-09-022020-09-02https://www.jesusisthesubject.org/wp-content/uploads/2016/07/ChogLogo-Light.svgChurch of God Ministrieshttps://www.jesusisthesubject.org/wp-content/uploads/2020/09/black_protestor_canstockphoto83882288.jpg200px200px

When I first saw the video of George Floyd’s final moments of life, I wondered to myself, Is this real? Was this really an officer with a badge, laying the full weight of his body and knee on this man’s neck for a full eight minutes and forty-six seconds? Surely, a police officer that represents law and order could never be so lawless. It can’t be possible that a public servant who is assigned to protect and serve could be so heinous and cruel to another human being. Unfortunately, the answer is Yes. And, it has happened over, and over, and over again!

This is when I ask you for permission to speak freely. As a black man in America, we have a long history with law enforcement. Policing in the South has its roots in slave patrols, made up primarily of white volunteers. Their job was to capture and punish slaves who tried to escape or got out of line. And, the very roots of slavery are grounded in the belief system that the Negro was a less-than-human, inferior being. So, from a historical perspective our views of law enforcement as black people are skewed with a great deal of skepticism and mistrust.

This is only reinforced every time we as black fathers have to sit down with our young sons and daughters to have “The Talk.” If you are unfamiliar with that term, it is a conversation we have with our children (mostly sons), instructing them how to conduct themselves when they are stopped by the police. The conversation usually begins with, “Keep your hands on the dashboard in plain sight,” and ends with, “The goal is to stay alive and come home safe.” 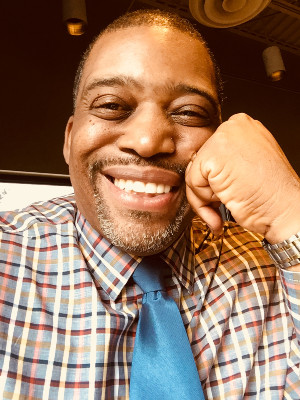 The truth of the matter is that racism is the “other pandemic,” which has infected our nation since its inception. To deny that it is real and still exists to this very day is to be part of the problem. It exists systemically, institutionally, politically, and, at times, even religiously. The effects of racism are felt throughout the black community in multiple sectors and in various ways, including education, banking, homeownership, small business, redlining, employment, and criminal justice—just to name a few.

The question is, What do we do about it? How can we as individuals tackle a problem so big, so wide, and so old? Pray about it? Of course! But, just praying when your house is on fire is insufficient. This season calls for action!

First, we must understand what racism is. Merriam-Webster says racism is “a belief that race is the primary determinant of human traits and capacities and that racial differences produce an inherent superiority of a particular race.” The idea that one particular group of people is inherently inferior or superior to another, only on the basis of color, is not only racist, but embarrassingly ignorant, as well.

Next, we must be clear theologically that racism is sin. The very root of it lies in the sinful nature that has permeated humanity since the fall of Adam. That said, our approach to sin has always been without ambiguity, and it can be no different with racism. Most, if not all of us, would not put up with sin in our homes or in our churches. Our conviction over the years in this regard has been both fervent and acute. We must apply the very same intolerance for racism to every crevice and corner of our respective lives.

Consider this. Psalms 139 declares that we are “fearfully and wonderfully made.” When God made man, his most precious creation he saw him as very good. What is more sinful than declaring people who have been made in God’s image and likeness, as inferior human beings?

The very nature of racism leads to the oppression of people seen as inferior and less-than. Oppression, in turn, leads to injustice and the unfair treatment of people. When we consider Jesus’ reciting of Isaiah in Luke 4:18, he says, “The Spirit of the Lord is upon me, because He has anointed me to preach the gospel to the poor; He has sent me to heal the brokenhearted, to proclaim liberty to the captives, and recovery of sight to the blind, to set at liberty those who are oppressed,” it is clear that he considered any oppression unacceptable and worthy of eradication.

Again, what do we do? We follow Jesus’ lead. We speak up and speak out wherever racism raises its head! That includes our families, our friends, our workplaces, and our businesses. As a society, we must begin to see silence as being complicit. Dr. Martin Luther King Jr. once said, “In the end, we will remember not the words of our enemies, but the silence of our friends.” Make a decision to be silent no more!

Fighting the good fight of faith sounds noble, but it’s still a fight! This fight against racism will take courage. Not only in the public square, but in our private rooms. However, if that’s what it takes to be on the Lord’s side against racism, then fight we must!

Questions or comments? Rev. Baron C. Mashack can be reached by e-mail at pastorb@jointheave.com. Baron serves as senior pastor of 15th Avenue Church of God in Fort Lauderdale, Florida. 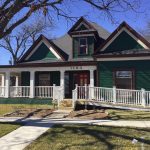 What if He Meant What He Said? Church Accepts Charge to Help Poor, HomelessAll Church of God, Central, Change the Story, CHOG, Give Life 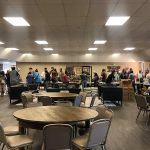