By chogministries
Posted February 8, 2021
In All Church of God, CHOG, Colleges & Universities
Opinion—Higher Education for Ministry2021-02-082021-02-08https://www.jesusisthesubject.org/wp-content/uploads/2016/07/ChogLogo-Light.svgChurch of God Ministrieshttps://www.jesusisthesubject.org/wp-content/uploads/2021/02/au_school_of_theology_and_christian_ministry_exterior_adj.jpg200px200px

When the earliest “come-outers” began gathering, one of the concerns they had was a formal process to prepare clergy. In the culture of the time, only three groups of people received higher education: doctors, lawyers, and clergy. The formality of the educated elite raised concern of clergy pastoring/leading from their education, rather than from the power of the Holy Spirit. This, too, was the time of the great American revivals where multitudes would gather to seek the face of God.

In this context, the Church of God made some decidedly countercultural decisions: We pushed the “color line” from our worship services; we allowed women to preach; and we encouraged the infilling of the Holy Spirit (sanctification) as the prerequisite for pastors (rather than formal education). Unity and holiness were the theme, and continue to be so, though the culture has changed dramatically. 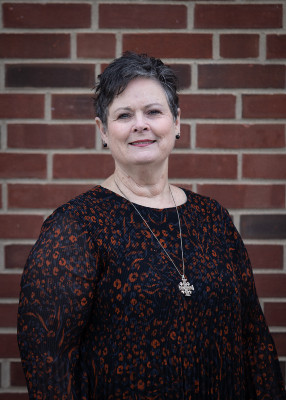 The Church of God was about thirty years old, already having moved to Anderson, Indiana, when the reality came to light that they needed to provide some type of training for those who would be evangelists, pastors, and worship leaders. My great-aunt, Isabelle Beezley, came to live at the Gospel Trumpet home to help with the work of the ministry in the early years of the 1910s. She was engaged in Bible and theological study, along with housekeeping tasks related to the growth of the “family” in Anderson. About the same time, Edward Holcomb came to live at the Gospel Trumpet. He also participated in family Bible and theological study, some printing tasks, including working the booth for the sale of tracks and other literature at the annual Camp Meeting in Anderson. Ed and Isabelle were married in Anderson and, though not “officially” ordained (because we didn’t do that yet), they were blessed by Church of God leadership and sent to the Pacific Northwest as evangelists and church planters. Their informal education at Anderson was a precursor to the beginning of the Anderson Bible Training School in 1917. The first president of the Anderson Bible Training School was Isabel’s cousin, John A. Morrison.

Understandably, there was a lot of conversation (sometimes heated, but generally civil) about the need (or not) of training pastors. The need for sanctification was not questioned; the question was training for ministry.

Over the decades, the Church of God has affirmed the need for formal education in preparation for a variety of vocations. Much of that affirmation was in support of vocations outside formal ministry; the changing culture in the United States required it. We also affirmed ministry training in other countries where missionaries were working. I remain uncertain as to why in one country but not another, however, that is for another op-ed at another time.

Formal ministry education continued to gain momentum through the 1930s and into the 1960s as the Church of God gained educational institutions (in addition to Anderson): on the West Coast (Warner Pacific); in Canada (Alberta Bible College); in Texas (Gulf Coast Bible College and Bay Ridge Christian College); and in Florida (Warner Southern). Each of these schools provided ministry education for those pursuing ministry as vocation. Some of these schools have become universities, some have moved location, and some have closed. However, the requirement for formal education to become a pastor in the Church of God has never been required.

Ordination in the Church of God originally began with “recognition”—not ordination as we think of it today. And the ministry schools were the ones who were recognizing those who they prepared. The Church of God continued to grow such that it was necessary to become more and more organized. The annual, national gathering of the General Assembly was not sufficient as the Movement continued in that growth. Each state was encouraged to organize, and to provide the necessary oversight of the churches within each state. At that time the schools were asked not to approve/recognize/ordain, but for the states to do so. Some states did that pretty well, others not so well. At another General Assembly meeting, several years later, a way to provide unity around requirements for ordination for ministry was proposed. Subsequently, the first manual for ordination was produced. Every state assembly still controlled their process, but they were certainly not all alike. The schools during this time continued to educate for ministry as vocation, but graduates then proceeded through the process of whatever state they lived in for ministry. A primary frustration for many pastors who were seeking ordination, and had already graduated from one of the CHOG schools of higher education, was that those on the state’s credentials committees had not been to college, and an atmosphere that denigrated education was born. To some extent this continues today; there is a national process for credentialing (Leadership Focus) but each state decides who may participate. Having a ministry degree from one of our schools remains unnecessary.

The primary question of this op-ed is, As the Church of God, as a group, do we want to affirm higher education for those called to vocational ministry? In the 21st century, do we need an educated clergy? If we do, how do we go about it? How to we change the seeming division between formal education and being led by the Spirit?

Questions or comments? Dr. MaryAnn Hawkins can be reached by e-mail at mahawkins@anderson.edu. MaryAnn currently serves as dean of the School of Theology and Christian Ministry at Anderson University. MaryAnn, along with her husband, served eight years in Kenya, assisting with the formation of Kima International School of Theology. She is an ordained minister in the Church of God, having served churches in Oklahoma and California. 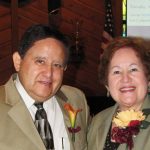 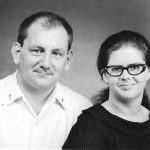